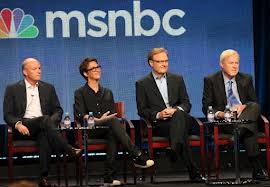 Can anyone tell me when the "talking heads" on the TV news shows became more important than the subject of their coverage?  Last night, when I tuned into to watch the Republican National Convention I found the convention events and speeches drowned out by the incessant chatter of the TV news hosts.  They were all guilty of it, NBC, CBS, Fox, CNN, and last, but not least, and most despicable, MSNBC.

When did the "messenger" become more important than the message?  Even as recently as ten years ago, the viewer could watch the conventions, listen to the speeches, hear the hopes and aspirations of the party leaders, and come to an objective opinion on your own.

Now, the talking heads have the hubris to assert that they must somehow explain everything to you, that you are not smart enough to listen, and comprehend on your own.  The media elite must filter what is said, twist it, and tell you what the speaker was "really saying".  They jump on the most subtle nuance to define the code words they wish to define.

MSNBC held a huge "snark-fest".  While CNN had Erin and Wolf, and Fox had their traditional newscasters, MSNBC had their wild eyed liberal commentators on hand to snark, smirk, poke great fun at traditional American values.  Not a single "journalist" was on hand to even pretend to offer objective reporting.

Chris Matthews, spittle flowing from his lips, was in fine form, charging anyone on the Republican dais as playing the "race card".  Rachel Maddow squirmed in orgasmic delight as she assailed the Republican defense of traditional marriage.  Larry O'Donnell continued his crusade toward convincing the American viewer that America can continue living off Chinese bankers and fund all the government gravy extended to the Welfare and Food Stamp Army.

But I find fault with all of the networks for interposing their chatter during the convention events.  I finally realized that good old C-Span would be covering the convention with nary a pundit in sight; just pure unfiltered delivery of a national political event.

God bless C-Span and "kill" the rest of the messengers.  I'd rather hear the message and decide for myself!

I really long for the days of Huntley Brinkley. That was news, I was too young to really appreciate it but now, well you obviously know how I feel. They reported the news with no opinion or editorial slant. It was up to the listener to make the call. Now NBC changing their business model to reflect the left's ideology, and yes for those who would argue this, it was reported in the WSJ. A whole news organization that is going to, by their own admission, give you the news as they see it and not the way it is. For some reason it strikes me that the FCC should have some oversight with regard to this or a warning like that on the side of a pack of cigarettes. Like I have mentioned before, my Mom just saw 2016 and never heard anything in that movie ever reported in the news (she watches NBC everyday). Had reporting been complete and truthful four years ago, she and many like her may not have voted for the disaster in office now. MSNBC actually is cutting all the minority speakers at the RNC and then calling the event racist tripe from caucanistan. I hope and pray it's not to late to take our country back, but it's going to require a constant fight for the next several years, and that isn't how I wanted to spend my golden years, but we all need to pitch in, its got to change and soon.
I do hope, JCS that you keep at it with all your right wing extreme racist drivel, I think you are having an effect by the sharp increase folks commenting here.
Thanks again

Ken, if you get C-Span you really should watch the RNC there. When I first tuned in to watch on the main stream media stations I was seeing white faces and hearing speeches "spoken over or eliminated entirely to give some talking head more air time. When I turned over to C-Span I was amazed to see so many Blacks, Hispanics and American Indians mixed in with all those white folks!
As you know, when we were kids the three big networks covered the convention in its entirety..I see tonight the big three are carrying one hour of it...and none on are local Fox affiliate. To do so might jeopardize their reality show ratings!
Remember when the broadcast channels were awarded by the FCC only if they could show that they perform a public service?
Sad. Damned Sad.

As a matter of fact I got sick of Neil Cavuto thinking the guy he was interviewing had a much more important message for me than that of the speaker (his words). I normally like listening to him but that was all I could stand of that. It was then I saw the convention on C-Span. It's like coverage the way it used to be. I swear all this new age crap really hasn't improved too many things.

BTW: some time ago you had a piece on "The Waltons". I didn't comment there but I frequently think of that column. Your thoughts and the comments from your family were just downright beautiful. My family just never could figure it out, we just can't get along with each other at all and that has been a painful thing for a long time. I envy you and your beautiful family. Congrats