"If Only We Hardly Knew Ye" 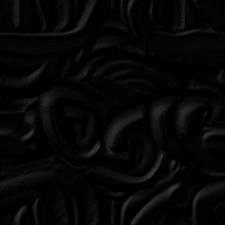 Shortly after John Kennedy was assassinated his great friend, and Chief of Staff Kenny O'Donnell wrote a marvelous book called "Johnny, We Hardly Knew Ye".  The title comes from an old traditional Irish song and speaks of the thousand brief days of John Kennedy's Presidency.  In the 60 odd years I've been alive I don't think there was more glorious national hope than that which existed during those years.

When Kennedy died it seems the last rational mind in the Democratic party left with him.  Lyndon Johnson assumed the Presidency and was probably the most prominent man that was despised by every human being who ever met him.  Thus, he tried to buy love with his Great Society Programs.  The GS programs has thus far rung up over $75 trillion dollars in costs over the past 50 years, birthed three generations of a "victim class" that prefers welfare over work, and essentially killed the American work ethic.

So here's my list of those liberals who've done the most to destroy the America I knew.  They are lying, power hungry carpet baggers who spew the greatest and vilest level of hate I could ever have imagined.  I like to call the list "If Only We Hardly Knew Ye":

You left Janet Reno out.

GEEEEEZZ!! This list could go on and on, Jane Fonda, Pete Stark, Micheal Moore, Any chairman of the federal reserve, FDR (I know a lot of people loved him but I think he just got LBJ started), but you knew people would react like this, didn't you?

yes, ken. List could be much longer but I would run out of print space. Michael Moore in on my list.