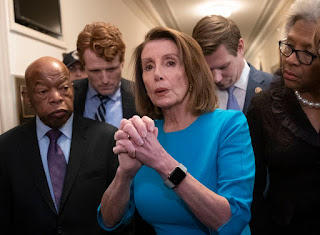 Well Isn't That Special!
House Speaker Nancy Pelosi and her House fellows have been quite busy since winning control of the U.S. House a month ago.
Did they come up with a fix for the ballooning national debt? No. Did they propose solutions for explosive urban crime? Sorry. No. Did they figure out a way to solve Obamacare's budget busting problems? Again, no.
What Pelosi and company have been doing is patching together their first bill for 2019. It's called HR1 and if passed would pretty much eliminate any requirement to prove citizenship when voting. Just log into Voting.Gov, provide an email address, provide a password, and vote. Hell, you can even vote more than once if you come up with multiple email addresses! The bill would also make it possible for heavily Democratic states to gerrymander voting districts, sounding the death knell for the Republican Party.
Oh but HR1 does so much more. It would codify unproven sexual accusations that would bar any Supreme Court nominee from being confirmed if even one woman came forward and claimed sexual harassment against court nominees. Apparently making conservative court nominees heft a cross up Calvary, a crown of thorns on their heads, ain't enough for the Dems.
On the campaign front, HR1 would override the Supreme Court's 2013 decision that ruled corporations are allowed to contribute to political campaigns... a la Citizen's United (The bill exempts labor unions, who would be allowed to pour even more money into Democratic coffers....and Pelosi will not mention that she raised $136 million dollars in union money to elect a Democratic majority)
HR1 also mandates that any orange-haired Presidents currently occupying the Oval Office release his tax returns. (That portion of the bill does not require a Democratic President from releasing college records, or how many aliases folks like Barack Hussein Obama used prior to winning the Presidency!)
Then, in a flight of whimsy, Pelosi and company proposed transparency in Congressional ethics, a law that would bar those currently serving in Congress from serving on corporate boards. I personally thought this one was kind of cute. Anyone who follows Congress much will remember that Speaker Pelosi herself was nailed when it was disclosed that she participated in the insider buying of stocks using insider information where a government law would benefit specific corporations. And barring Congress from serving on corporate boards would do nothing to stop Pelosi's banker husband from owning 20 percent of Clean Energy Corporation, a natural gas company that benefited from legislation Ms. Pelosi herself introduced in the House six years ago.
Does the Democratic House hold out any hope that HR1 will pass? Of course not! It cannot get past the Republican controlled Senate. And even if it did clear both houses of Congress, Trump would veto it.
No, HR1 is just a weapon Pelosi and company can use to demonize Republicans. The law is just the first of many "side circuses" the Democrats will come up with to divert public attention from the fact that Democrats have zero answers to our nation's problems.
Now isn't that special! 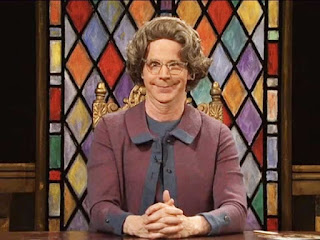 Posted by A Modest Scribler at 5:03 AM 2 comments: