Military Preparedness In The 21st Century 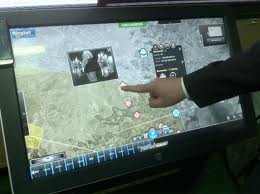 Based on the thousands of military folks who I've served with I believe it's safe to say that 99 percent of us hate war.  We've seen quick victories and prolonged mistakes, but mostly we've seen the costs in human life that war always entails.

However, most of us also believe that, to prevent war, we must always be prepared to fight.  A strong military has always proven to be our best defense.  It's unfortunate but true.

The world today has become even more dangerous than at any time in our history.  At a time when maximum destruction can come from fringe elements I am greatly concerned about the current state of our military.

In 1986 I was assigned to Headquarters, Pacific Air Forces in Hawaii.  My primary duty was war planning for logistics (Annex D) of our nation's war plans.  At that time it was no secret that the United States military was charged with responsibility for a "2 and 1/2 war strategy.  That means we were to be prepared for fighting two major theater wars and a "half" war, or regional skirmish like Panama or Grenada....or Afghanistan.

In the Pacific we often put our war plans to the test by conducting military exercises in "areas of concern".  Each operational planner was responsible for plugging "real life bodies" to those war slots on paper.  To accomplish this we were required to pull operational manpower numbers from military units throughout the world, designate the numbers we needed and alert them for scheduled deployment.
The real world exercises were designed to identify problems, resolve shortfalls and learn new efficiencies in the art of war.

My memories of this sent me over to Wikipedia.  I find that, during my tenure at HQ, we had 2.5 million members on active duty.  Today we have 1.4 million on active duty.  As I remember, we had quite a task trying to plug holes where they existed, even for a 100,000 member regional war exercise.

During the Clinton Administration our military forces experienced severe reductions in numbers.  Hundreds of military bases were shut down and Clinton was content to reap the benefits of relative peace, all the while allowing a guy named Osama Bin Laden to raise havoc and train thousands of terrorists in the middle east.

A few years or so later terrorists blew up the World Trade Center.  Perhaps even then war planners were polishing up plans for potential wars in Afghanistan and Iraq.  Somewhere amidst this chaos George W. Bush decided on Donald Rumsfeld to head up the Defense Department.  And Rumsfeld had a radical new idea; exploit America's military technology to wage war with far fewer military forces.
And throwing caution to the wind, Rumsfeld said "what the hell, let's invade and occupy Iraq!".

Need I tell you the nightmare scenario that resulted from this strategy?  Even by the "gut and deploy" strategy of using the National Guard, our troops had a hell of time trying to "democratize" a Muslim nation!  Although Obama has pulled our troops from Iraq, he has pursued a similar strategy of asking our troops to do more with less in Afghanistan...then take up the slack in firepower by raining billions of dollars into the pockets of corrupt heads of state in an attempt to buy their legitimacy!  It hasn't worked and will not work!

Alas, now the Congress is set on cutting $600 billion from the Defense Budget.   This is above and beyond the hundreds of billions of dollars in cuts over the past few years.   Even Obama's Defense Chief, Leon Panetta,  has testified to Congress that those cuts will be catastrophic.

I have long since retired from the business of war.  I have no idea how many wars our planners have to plan for these days, nor how they are to be executed.   I can only look at the numbers available in the public sector..and what I see scares the hell out of me.

I guess if we were to reduce everything to one basic question, that question would be "are we more safe today than we were twenty years ago...and can we rule out the chance that we will never have to fight another major war?  I don't think so.

One might argue that our drone technology and our smart bombs can substitute for boots on the ground.  Maybe they can and maybe they can't.  But I seem to recall Rumsfeld tried that strategy and it failed miserably.  I do know this:  if Congress guts the Defense budget as planned we may as well send China a written invitation to make all of Asia their backyard playground...and we'll have even more of those hornets nests of terrorists sprouting up in the Middle East.

1986, I was flying C-130's out of Dyess AFB, TX. I remember well the effect Reagan's defense dollars had after the lean Carter years - The difference was night and day. Obama does not care at all about foreign policy, he's strictly focused on socializing this nation. His view of America as being arrogant and self-serving and deserving of being punished is displayed as he reduces the nation's ability to project force around the world. Like so many Presidents, he forgets that when America is weak, or merely viewed as weak, there is always some major military action. I remember waking up in April of 1986 at Mildenhall AB, UK, and hearing the F-111's leaving Lakenheath AB in wave after wave about 2:30 in the morning. Gadaffi got the beating he deserved, because Reagan made sure nobody screwed with the USA. Looking at what inhabits the White House now makes me want to cry.

Randy, you've offered excellent examples of our past strengths and weakness. I still remember a time in the late 70's when half of our 141 and C-5 fleet was down for parts. Our maintainers spent thousands of hours cannibalizing our downed aircraft to keep half the fleet flying. All because Carter killed a relatively small aircraft parts purchase.
I still remember where I was at and what I was doing when I got the news that Reagan had won. I was on a ten mile jog, listening to a headphone radio and I was joyful on that night; the darkness our nation lived under with Carter was stark...and when Reagan was elected it was again "morning in America".
He restored our nation, he restored our pride and he made us again feel proud to serve a Commander in Chief who had a love affair with America.
Sadly, we are back in the darkness and it's not looking good.
Thanks for your comments.