Diamondbacks' Mark Grace Is A Victim 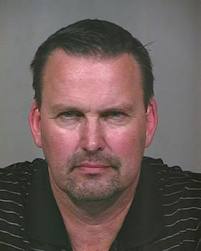 I like Mark Grace a lot.  Every time I drive to the military commissary at Luke Air Base I pass Mark Grace Field, a field Mark Grace built so the military kids would have a nice place to play.  I also know that Mark has done a lot of things for the Phoenix community.  While I find his "car" and "gas" phrases a little over used I still think he's a great baseball color man.

But Mark Grace is most likely going to prison for a few months.  Last Thursday night Mark Grace was stopped and found to be DUI, driving with outdated license plates, driving with a suspended driver's license and driving without a court mandated driver interlock device.  You see this is the second time in 15 months that Grace has been caught driving while under the influence.

Mark Grace is a victim.  He's a victim of the professional jock mentality that says the rules and laws do not apply to me.  He's a former baseball great who enjoyed the locker room beer and the protection afforded jocks by their owning teams.  There are hundreds like Grace.  They believe that somehow, no matter what kind of trouble they get into, their fame will somehow save them.

The addiction to alcohol, like other addictions, is a tough nut to crack.  But not an impossible one.  I'm sure Grace has had some level of family intervention in an effort to help get him back on track.  But Mark Grace is cursed by the notion that family will always be there and his baseball family will stick by him as well.

The Diamondbacks have released a statement that says Mark has voluntarily requested a leave of absence in order to deal with his problem.  Had he not done so, believe me the team would have suspended him.  There is simply too much money involved in professional baseball to put the entire ball club's reputation at risk.

Sometimes folks like Grace, who have been "taken care of" will determine what is "rock bottom" and begin the slow and painful path toward turning their lives around.  Many don't.  Unless some extraordinary thing happens, Mark is going to spend some time in prison.  In this instance, being a public figure will work against him, lest the court system come under fire for showing favoritism to the "1%".

Let's all drop the stones; you know, glass houses and all.  But let's hope Mark receives some serious intervention.  From family and the Diamondbacks, and the court system.  Let's hope it takes.  I believe Mark Grace has a good heart and I'll be rooting like hell for him.

Posted by A Modest Scribler at 7:18 PM

You infer that Mark Grace thought he was somehow "above" the law and because of his being a professional athlete could get away with his drinking and driving. Mark Grace is only one of hundreds of drivers who are found to be driving on suspended license's and not having an interlock on that particular vehicle. Drop into any local Superior Court and see the hundreds of others caught doing the same damn thing over and over. He will certainly do some time and perhaps make damn sure any car he drives has the interlock as well as current tags. Yes what he did was certainly wrong and it's a good thing no one was hurt or injured by his actions though I haven't read what BA was? I feel for him because I recently finished my punishment after not being able to drive for 5 years and though it's well meaning and all it still leaves a bad taste in your mouth as it's all about the money and nothing about rehabilitation.

Thanks for your comments Mark.

I need to say this to you Mr Kelber, it is not about the system to take care of the rehabilitation, fines are quite draconian for a reason, one might be to bring the Alcoholic to their bottom a little quicker, ultimately, though rehab needs to come from the Alcoholic/Addict. When they are ready help is there. I know from years of experience.