A Socialist President Shreds The Constitution 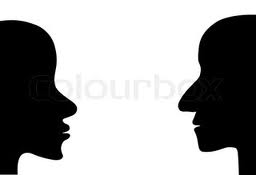 He took advantage of a financial crisis to install an army of program czars to implement a bevy of tax-draining socialist programs with costs in the tens of billions.  He portrayed himself to the American people as their "savior".  He demonized business and the economy fell further.  He used deficit dollars to dole out money to his constituent interest groups.

He took control of the banks and regulated them so tightly that credit for economic expansion dried up completely and millions of businesses went belly up...or never got off the ground.

When Congress sent his budgets back to the Presidential desk, with little support from either Democrats or Republicans, he skirted around them, circumvented the Constitution, and issued Presidential "edicts" to force government agencies to bend to his will.

When the U.S. Supreme Court ruled his Socialist programs unconstitutional he castigated them in print and public speeches.  He even tried to "pack" the Supreme Court with justices who would support his Socialist agenda!***  He had such a huge ego that he believed he, and only he, had the answers, and he refused to listen to an opposing view!

Thanks to his cloying control over ever facet of the economy, and the financial drain from his wasteful and ineffective programs,  America remained in an economic depression for eight long years!

No, the President was not Barack Obama.  It was Franklin Delano Roosevelt.

Roosevelt called his program The New Deal.  That larger program was comprised of a hundred other sub-programs, all of which costs billions of dollars and still failed to revive the American economy.  Not until Roosevelt shuffled the entire male work force into uniform in 1942 did the unemployment rate begin to approach normal levels.  When you take half of all working age males out of the work force it's not hard to solve the "unemployment problem".  Not until the war factories geared up did the economy take off.  Yes, both the war, and preparations for war, added to the extreme deficits but at least Roosevelt got em working!

*** In 1937 Roosevelt sent Congress the now infamous Judicial Procedures Reform Bill.  The bill, cloaked in bureaucratese, essentially requested Congress to allow Roosevelt to appoint up to ten additional Supreme Court Justices to add to the nine Constitutionally mandated judges.  Roosevelt plead that the current judges were "overworked", but what he really wanted to do was to install ten more judges who would favor his socialist new deal programs.  Roosevelt was livid that the Supreme Court kept ruling his programs unconstitutional.  Congress was shocked at the President's arrogant effort to shred our nation's Constitution and let him know in no uncertain terms.  Even his fellow Democrats were insulted.

Flash forward 72 years and you have another Socialist President declaring himself superior to Congress and to the Constitution.   You have a President that castigates the U.S. Supreme Court in his State of the Union address.  You have a Socialist President circumventing the authority of Congress to appoint czars, declare himself "emperor", issue edicts, enforce "executive orders" as if they were the law of the land, opt not to enforce laws that he doesn't agree with....and you have another economic disaster and another long suffering depression to endure.

It is said that the wise learn from the lessons of history.  Let's see if we have enough wise folk come November.  They will either choose to end our suffering....or we can prepare for another decade or so of economic decline, and sadly, perhaps the end of America, as we know it.

You are a socialist as well, are you not? Care to take the test?
Have you ever collected social security, wokmans compensation,food stamps,welfare,?
Did you or your children attend a public school, ever been treated at, or admitted to a public hospital? Did you ever travel on an interstate highway? There are literally hundreds more examples, we are all socialists, only the degee varies.

Mike, your premise is ridiculous but I'll respond anyway. I collect Social Security that I paid in to since I started working at age 15. (Unlike millions who collect SSI (green card seniors)granted to them by Socialist politicians. Had the government not put the Social Security Trust fund into the General fund, SS would still be solvent for a century. Have never collected workers comp, food stamps, welfare. Half the time my kids attended public school (if they were teaching) and half the time I took a part time job and funded their going to private school.

Socialism is far more than what you suggest. It is "big government's" belief that they can plan and direct economic activity from their loft roost. It is telling people what they will do and how they will think...and it will punish those who don't subscribe to those views.

Socialism rewards sloth and punishes those who produce.

how long have you been collecting your social security checks, vs. how much you have paid in? If you are fortunate you will live a long and productive life, and draw more money than you paid in, and will continue to draw money paid in by others with a shorter life span.
You failed to respond to most of my points, but most of the people I have met who believe in a fully capitalistic society would not really want to live in that world.

First of all, Mike, I responded to each one of your points. Secondly, your "denseness" is showing; as I said, if the government had left the SS trust fund alone, to collect interest, over the lifetime of my paying into it, there would have been more than enough to cover my ss check. As most liberals do, they want to "simplify" by adding up what someone paid into SS (without considering interest over 50 years), and then say, we didn't pay enough.
Ask anyone who owns an IRA for 30 years how much their retirement grew, over and above what they paid in.
But, The Great Socialist, Lyndon Johnson and every Prez since has found the lure of those billions from the SS trust fund to tempting; they have used that money to fund their political aims by rewarding their interest groups.
Okay, now, as I usually have to do with liberals, I'll not turn this comments section into an open forum for you types to spew gruel.
This discussion is closed. If you want to promote Socialism start your own blog.

At no time during our discussion did I resort to calling you names, or denigrate your views, I was simply presenting a different point of view. Thank you.

Nor, at any time did I say you "denigrated"; what I did say it that, whenever I engage a liberal in debate, I talk about an "apple" and they begin talking about an "orange". I responded in my initial response, point by point (Services you cited), then you came back that I didn't answer you...how the hell could I have answered your specifics more "specifically".

Then, in your response, you automatically assigned me to a "pure capitalist" tag; we have never been a purely capitalist society nor will we ever be....I'd settle for a hell of a lot less inefficient socialist system, having no hope that we would ever allow the capitalist system to actually work.

The test Mike asks you to take is stock lib BS all over the place. That question comes up so much. Now how about if marvelous mike gives you a definition and origin of socialism. I doubt he could, to date that question has ended the conversation hopefully sending them home or to a library to find the answer. You do love an argument though and I sure do appreciate that.

I am watching the RNC convention and I am quite rattled by it all. It seems to our peril that the fix is in. I pray not, your thoughts??

Ken, I've been heartened by the RNC. I loved the first night speakers, recovering democrat and Obama supporter Artur Davis was amazing. So were Nicki Haily and Susan Martinez and Santorum. Paul Ryan started out nervous, then gave a great sock it to him speech. The one that touched my heart the most, and the one most inspiring was Condi Rice's speech.