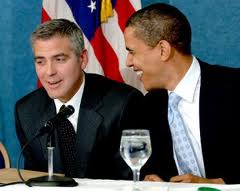 I see where another liberal leftist doper rockstar has just told Paul Ryan to quit using his song at campaign rallies.  Just another name on a long list of left leaning musical prima donnas that will plow through four wives, six sets of children, before being found dead in their bed from a drug overdose.  But, while still kicking, they enjoy the "lifestyle laissez-faire" offered by the Obama regime.  All they need do is bring the "anointed one" in twice a year, feed his campaign coffers, and send him on his way.  They dislike Republicans because "that party" preaches responsibility and that's the last thing Hollywood is looking for.  They prefer their easily accessed supply of Mexican dope and illegal aliens to cook, clean garden and wait on them.

Don't mess with these folks.  They, and the TV divas in the mainstream media, are the same type of people who frequented the court of Louis XIV, just to hear the queen declare of the peasants "let them eat cake".  Except in modern times, the liberal elite are more than happy to furnish the peasantry a food stamp card to provide Cheetos from Safeway and a Big Mac at McDonald's, all on the taxpayer's dime.

This is the same peasantry that, when they finally woke up to the ruse, stormed the Bastille, and Louis' castle and cut the head off of Marie Antoinette.  But the Hollywood elite will get still another "pass" as they always do; their crime being one of association, and not involvement...no, never ever involvement.

When a Today show host is out with Kevin Costner or George Clooney the night before how can she be critical of Obama, whom Clooney worships?  When Diane Sawyer sits down to deliver the evening news how can she not praise Obama who just  had she and her playwright-screenwriter husband, Mike Nichols at the White House for a gala the previous evening?  How can George Stephanopolous pose a hard question about Obama's disastrous health care plan knowing it would offend Courtney Cox and Jennifer Anniston when the two both deemed old George "hot" in an episode of "Friends?"

How could Obama ever be critical of Hollywood folks who change their marriage partners faster than they change their pants when he relies on them for a good portion of his campaign funds these days?  We just learned yesterday that $500,000 of your taxpayer stimulus money went to MSNBC to run ads praising Obama for "saving our economy?".  Is it any surprise that MSNBC's top liberal Chris Matthews got "chills down his leg" at Obama's inauguration when you find out Obama's "stimulus" money is helping to keep the lights on for a channel that can't draw enough viewers to even register on the Nielsons chart?

Is it any wonder that you find the old CBS anchor Dan Rather as a semi-regular on "The Daily Show" and "Morning Joe" and Rachel Maddow after CBS was forced to fire him for lying about news sources when he tried to drag George W. through the mud?

So, if I'm Paul Ryan, I tell Dee Snider of Twisted Sister, to go to hell (which he surely will, perhaps on a midnight ride on heroin or coke); break out an old Francis Scott Key tune, Paul.  The Star Spangled Banner ain't that bad when played, and not sung by Rosanne Barr.  Or better yet, pull out an old LP of Kate Smith singing "God Bless America".  Kate's the one made famous by that Philly fan who once said "the game ain't over till the fat lady sings".

Oh, by the way, "the fat lady sings" come November...then Obama can head off to Hollywood to hang with his Hollywood friends...or back to Chicago for a reunion with his "dead fish" pal, Raul Emmanuel.  Either way, I don't care.