Running For Health and Nirvana 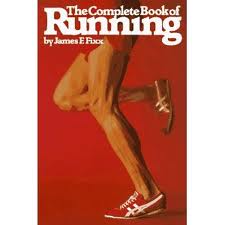 My daughter just emailed me and related that she has again taken up running.  She indicates that she is hopeful that "running" will kick in as a permanent way of life for her.  You cannot imagine how that notion excites me, for running was a joyful way of life in my younger days.  Perhaps I can vicariously enjoy the thrill of "the run" through her!  Perhaps she'll even achieve the completion of a marathon, that 26.2 mile test of endurance that I was never able to participate in!

In 1977 the national jogging craze was just getting underway.  I was 29 years old, working as an Air Force cop at Hickam Air Force Base in Hawaii, and totally out of shape for the rigors associated with my job.  While I was still proficient in all manner of weapons, our Air Force Security Police were undergoing some fairly strenuous new training exercises.  Working with the FBI, we were training for SWAT and anti-terrorist measures and were doing alot of crashing through house windows and jumping off of roofs and such things.

During one such exercise I noted how difficult it was to breach a window ledge and crash through barricades.  I found myself huffing and puffing and weak and out of breath.  When I got home that day I stepped on the scales and found that my normal 6ft frame was no longer carrying my normal 190 pounds.  Amazingly, I found that I weighed 240 pounds!  While I knew my pants were getting tighter, and that I had to step up a couple of times to new pant sizes I had no idea I had gained that much weight.

Just about that time I came across a book review of Jim Fixx' "The Complete Book of Running".  It was a NY Times bestseller and had become the "bible" for millions of new American runners.  I ran down to the bookstore and bought it.  The book turned out to be a life-changer for me.  Fixx related his own health woes, how running changed his health, and his life, and let the reader know that being out of shape and sedentary did not have to be a way of life, even for those in poor physical condition.  But, more importantly, Fixx was somehow able to convey the pure sense of joy that running brings to those who pursue it!  He spoke of "runner's highs" as if they were the next great recreational drug!  (Runner's highs come infrequently but when you have one you will remember them all your life!)

So, the next day during my lunch hour I came home, put on a pair of shorts and t-shirt and the only light shoes I owned and set off on a "run" around the block.  The block where I lived on the air base was a third of a mile in distance.  I ran half a block before I stopped with painful side stiches and gasping for breath!  But I persevered.  I remember Fixx saying you can run and walk at first, until you build up strength and endurance.  It took me a few days before I could manage a complete run around that one third of a mile block!

I found that by running each day I was able to extend the distance of my runs.  Within a couple of months I found that I had dropped over thirty pounds, without changing my diet, simply by expanding my exercise time!  I also found that I was more calm during stressful periods throughout the day and just had a more positive outlook on life.  My weight eventually settled to a healthy 180 pounds, a weight running helped me to maintain for years!

By this time I had bought my first pair of those famous Nike Waffle Trainers and they were great for giving me a more solid footing during my runs.  Soon I was doing five mile runs and feeling stronger each day.  One of the first things I learned about running; even for experienced runners the first mile is always the hardest.  Your body has not fully synced to the running movement and you kind of bounce and have the feeling that the running is drudgery.  Then after that first mile you begin to breath more regularly and your body movements become smoother.

Soon I was making "auxiliary runs" at night, in addition to my noon time runs.  Sometimes I ran alone, sometimes I ran with my son and/or my dog Missy who loved to run and would stay right at my side, matching me step for step.  One night I finally experienced the famous "runners high".  I was sitting alone in the living room, everyone had already gone to bed, and I felt restless.  I put on my running shoes and set out for a run around the base on a lovely Hawaiian evening.  My normal run was five miles around the immediate perimeter of the air base but when I reached the area around the Pearl Harbor, where I would normally head back for home, my running felt so free and wonderful that I didn't want it to end.  My feet seemed to be gliding over the road as I breathed in the sweet scent of plumeria and the clean scent of the ocean.  I kept running and running and running, all the while looking up at a moon-lit sky and soaking up the endorphins generated by this perfect syncing of mind and body!  After a couple of hours of running I reluctantly headed for home.  As I entered the house and removed my shoes I was still marvelling at this strange phenomena called "runners high".  I tip-toed up the stairs, careful not to wake the family, took a quick shower, then lay next to my wife, peacefully sleeping beside me.  The window just above our bed was open and as I settled down to sleep I took one last look at that lovely island moon, breathed in the rich scent of plumeria blossoms, then settled in for a lovely and restful sleep.  That night stays with me over these many years and I still revel in the deliciousness of that night.

My running life stayed with me for over twenty years after that.  I ran in 5k's, 10ks, fun runs where the joy of running is enriched by sharing it with hundreds or even thousands of others.  Most times I ran alone, in snow filled streets in North Dakota and in bitterly cold winds in Korea.  Sometimes my running was a balm for the ills of the day.  During the months I attended Air Force Officer's Training School I often went out on ten mile runs to ease the tensions of rigorous classroom sessions.  My runners log at the end of OTS showed that I had run over 500 miles during those three months!

Regrettably, I am no longer a runner.   I am no longer physically able.  But, among all of the life experiences that bring me pride, being a "runner" is certainly high on my list.  Happily, sometimes I still dream about one of those joyful runs and I am again young and strong and celebrating the richness of good health as I glide smoothly over fields and roads of yesterday.

Note:  For anyone contemplating taking up the joy of running, you could do worse than buy Jim Fixx's "The Complete Book of Running".  The advice is timeless, thus not outdated at all.

I transformed from a runner who endured running for the exercise, to a runner who enjoyed running and who did four- and five-hour runs, by using a heart monitor. The heart monitor told me that I had been running too hard, which was why I did short runs and didn't enjoy them. The transition to happy, relaxed running happened amazingly quickly. Just a thought for your daughter's reference. Oh ... trail running versus pavement running also helps in keeping the runners interest.

Hi anon, I was always a pleasure runner, probably because I was never going to be a 'fast one'. i was quite happy with a ten minute per mile pace. Six miles an hour was always good enough for me.

Trail running is good if you're sure footed. I have found flat, well defined trails that i loved to run on because of being able to enjoy the scenery around you.

Thanks so much for commenting.