The Obama Presidency; The Rising Cycle of Hate 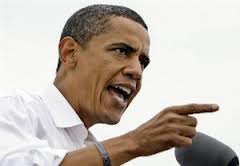 Does anyone remember Obama before we got to know him?  No, not when he was a Senator, when he was elected President.  Liberals and even Independents were pissing down their right leg, so excited were they to finally see an African American elected President.  The best of us hoped that Obama would deliver on his promises to unite the country, rid Washington of corruption, and work with Republicans to get things done, and finally have "victim hood" Blacks shut the hell up with their "woe is me" moanings, and admit if they'd get off those food stamp-padded asses they too might accomplish something.

The first thing Obama did was to cede leadership to Reid and Pelosi.  Starving for dictatorial control over Congress, Reid and Pelosi drew up a trillion dollar pork stimulus bill and told Republicans to go to hell when they protested the excessive spending.  Same thing with Obamacare.  The Dems went behind  closed doors, wrote a 2300 page health care bill that punished business and rewarded unions, handed out largess to other legislators to bribe their vote, and handed out compliance waivers for everyone friendly to the Democrats.

After three years and $5.5 trillion added to the deficit, 20 percent of America remained unemployed or underemployed.  Time for drastic action.  Unable to forge a coalition of middle America, working America, Obama sparked a war of divisiveness between the various societal groups.  Set Blacks against whites by claiming Trayvon Martin as son, but failing to claim parenthood of those Black gangs on the south side of Chicago.  Keep silent while Jessie Jackson and Al Sharpton rant about racial hatred at the hands of a "white Hispanic".  Robbed a bankrupt Social Security Fund to put more money in workers pockets, and avoid a worker backlash.  Steal another $500 billion from Medicare and give it to his tit-sucking voting block.

Obama furthered angered law abiding Americans by intentionally failing to enforce our immigration laws.  Circumvent Congress and the Constitution and grant amnesty to a million illegals.  File suit against a dozen states who try to enforce immigration laws.  Tell the two million immigrants waiting to come here legally to "go to hell, suckers".

Obama then recognized gay marriage after years of saying he was against it.  He needs them; he's got to cobble together enough gays, enough Hispanics, enough government check cashers, meld them into his blind and stupid 97% Black (20% unemployed) followers in order to win election.

Revert back to his old Chicago thug style of politics; invent lies, make fun of Ann Romney's breast cancer and MS and tell voters it's all about tax returns and not his own economic failures.  Demonize business and praise those who deserve no praise, a contingent of 50 million in his Food Stamp Army.

I keep hearing the mainstream media call this Chicago thug a "nice guy".  I gag every time I hear it.  This guy is the worst thing that ever happened to America.   There is more hate churning around in this country, between straights and gay, between Hispanic and White, between Black and White than at any time in our history.

This blog post is perfect. It succinctly captures all of Obama's betrayals and failures. I like how you are also not afraid to discuss the racial element. Many blacks are brilliant accomplished people, but there is a ever complaining, moaning portion of the demographic that will always feel 'wronged' and that rich people giving them money rights the wrong. Obama panders to these and other like minded people.

Anon, re, the racial element. I agree, there are many, many fine Blacks. And yet there seems to consistently be a remarkably large group of whining Blacks who absolutley refuse to take responsibility for their actions.....and white political correctness encourages this behavior.

For example, the other day I was watching CNN. A panel of three pundits were discussing the recent poll that showed the ten most violent American cities. While they were more than willing to attribute the violence to slack liberal governments in those cities, not one of them dared to say that those ten cities were where the population was predominently Black....they just could not summon the courage to say outright that these cities are ruled by Black gangsters...To do so, the pundits would be subject to being called "racist" and they just couldn't stand up to that charge.
Sad.

As usual, well said and absolutely correct. The plight of the black race is very sad: 70% illegitimacy rate, generations of black boys growing up with no father to guide and discipline them has resulted in our prisons being filled disproportionately with them. A government check is no substitute for a father. As for Obama, we are at a fork in the road as a nation. If he is reelected, the idea of America is done. Rugged individualism will be replaced by submission to government edicts, by force if necessary. Our sovereignty, already under attack, will be sacrificed at the alter of the UN. Obama is a failure by any objective measure, yet those who support him do so in an almost blind fashion, refusing to admit the lack of success in any area.

Thanks, Randy. 90 or so days until the election; gonna be damned interesting. I see the Obama thugs put up an ad today that blames Romney for the death of a wife of a laid off steelworker. Hey, when blaming Bush gets old, find someone else to blame, eh?

I love how this is openly discussed. Hatred is definitely being bred in this country and Obamas politics have definitely propelled. He's not what bothers me though. It's the HHS (health and human services, ex: AZ DES) that scares me. They are the ones who are doing all the dirty work behind closed doors and protected and endorsed by Obama. They are quickly becoming the KGB of America. Think things are bad now just wait!