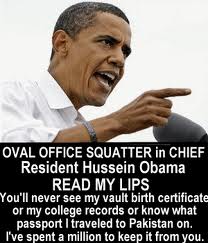 President Obama himself said four years ago that, if you had a poor record to run on, you talk about the "small things".  Indeed, this was one of the times he was right.  For he is surely trying not to run on his record these days.  Instead, in the current world of "140 word" diatribes, Obama has resorted to name calling in lieu of actually discussing our nation's problems...problems that he has been incapable of solving.

So, of late, someone on Obama's campaign staff came up with the term "Romnesia" to attack his opponent.  The strategy is not unlike that of little boys on the school playground.  Just as Obama's terming "not optimal" the death of four of our diplomatic staff in Libya shows how disengaged he is from American life, so too is his strategy of calling up cute little name calling, instead of seriously addressing the extreme pain of 23 million Americans and the ever increasing Obama Food Stamp Army.

Obama's name calling strategy was designed to avert the voter's attention away from America's real problems, most of them made intensely worse by Obama's own policies.  Having trained in the corrupt political streets of Chicago, one can only anticipate Obama's descent even deeper into the dirty politics of the desperate.

I don't think it's going to work.  With the exception of Obama's 30 percent of the extreme liberal contingent of followers, and of course his blind Black following, most Americans see Obama's strategy as juvenile and mean spirited.

It is indeed ironic that the term dreamed up by Americans themselves is probably more fitting to describe a political candidate...and that term is "Obamanation", for this President's performance has been abominable indeed!