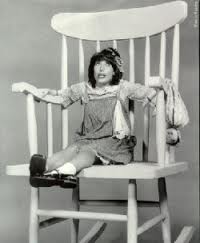 I've come to believe that the distinct difference between conservatives and liberal Democrats is that one "grew up" and the other one failed to do so.  To me "growing up" meant that government cannot create wealth and cannot "take care of you" without creating a system of support that generates massive fraud, waste and abuse.  "Growing up" also means standing on your own two feet, supporting yourself and your family, standing by your convictions and living a life that champions the individual while also understanding that you have responsibilities as a citizen, to your family, community and your country.

I wrote earlier about voting Democratic in the first Presidential election in which I was eligible to vote.  The year was 1972 and I voted for Senator George McGovern over Tricky "Dick" Nixon.  I had read a couple of books about Nixon as well as two that Nixon himself wrote.  I believed even then, long before Watergate, that Nixon was one paranoiac son of a bitch.

However, my Democratic vote decision was far deeper than that.  Having returned from Vietnam, I was disheartened about our government leaders supporting a corrupt South Vietnamese government.  After three years of seeing American G.I.'s taking the battle to the enemy while many of the South Vietnamese troops took a back seat, I had less than a stellar opinion of the South Vietnamese.  I had also become convinced that, at best, we would end the conflict in a truce-like stalemate, as with the Korean War.  McGoverrn was for ending the war and I agreed with him.

But, I must confess, I was also fairly idealistic and naive.  I truly believed then that we must, as Obama loves to say, "be our brother's keeper".  I believed that we should  take care of the "needy".  Of course, at that time, I had no idea how many people were declaring "false need" and gaming the system, nor did I understand how corrupting government give-aways can be.

The first inkling that I had that the playing field was not level was after I had a couple of children and tried to support them on a military salary of $400 bucks a month.  At that time, even at such a low income level, taxes and social security and medicare withholding was eating up sufficient portions of my pay that kept us on hamburger level sustenance.  My wife was sewing almost all of the kids' clothing and we couldn't afford a movie night, much less a family vacation.  I decided to take a second job, while also trying to get my off duty college education.

Shortly after taking a second job I became casual friends with another military guy of my same rank.  I noticed that he had lots of time on the weekends to take the kids out and was always well rested.  He also drove a late model car.   I asked him how he managed.  He told me that he was on Food Stamps as well as state program that provided assistance to working families.  I was resentful of this but vowed that I would never take government handouts as long as I was able to work.

Over the years I learned more and more about government social programs.  I was to learn that government give aways were far more generous than just Food Stamps.  I began to notice that many folks were living quite well without having to hold down a job.  Eventually, my wife would also take a job but no matter how much we made I found that more than half of our earnings were going to some sort of tax.  So, it was really "paycheck reality" that converted me to conservatism.

I've since studied this in far greater detail.  I'm convinced that liberal Democrats fall into three categories; professional liberal politicians who gather their political power base by encouraging people to rely on government largess for a living,  young people who are instilled with naive liberal compassion before they too begin looking at "paycheck reality" and finally,  a massive group of people who have learned since childhood that the government will feed and house them, just as one would do with children.

Conservatives have learned that you alone are responsible for your well being and that government tends toward corruption.  They are the grownups.

Having learned this, and with the realization that our massive federal debt can no longer support this government largess,  I am fearful of what the "children" will do when the gravy train stops and the "children" are asked to disembark.  Read my earlier blog entry "A Second Civil War?"...I fear this may come to pass earlier than we might think.

Ideally we would all be brought up to stand on our own two feet and take care of ourselves, relying on others and the community only in severe and/or temporary cases (natural disasters for example). The problem with ongoing government help is that it produces helplessness and people more than happy just to live off the sweat of others. Ditto for countries that want a revolution, why are so many of the Middle Eastern people expecting Americans to fight and die for them. You want to overthrow a dictator? Do it yourself. We did. jo

Jo, reference your "Middle Eastern people expecting Americans to fight and die for them"...During the war in Kosovo I was working in Saudi..as more and more muslims were being slaughtered the Saudis were getting more angry at the U.S. for not interceding..finally one of the Saudi Air Force Captains hammered me one morning while I was working at Saudi Air Force headquarters..he said "why don't you Americans get in there and stop this muslim massacre!" I don't think I've ever been more ticked off. I responded "Hey, we're not Muslim, where are the Saudi troops in Kosovo? Why aren't you sending troops to stop it?" He shut up really quick...and of course, we did send Americans to fight and die in Kosovo to prevent further Muslim massacre...and were rewarded by how much they love us, as evidenced by their rejoicing in the streets when 9/11 occured. Now, Obama is deserting our only ally there and kissing Muslim behind even more. Sad.