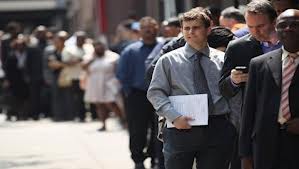 With U.S. unemployment still around 8% the Obama campaign team are shaking in their boots, knowing America's unemployment woes do not bode well for his re-election.   The Whitehouse has tried every trick in the book to try and make the numbers look less troubling.  But Obama's latest ploy is his most dangerous step yet.

Knowing that next year's budget slashes $500 billion and decimates the Defense budget, Obama's campaign advisors just gave him a heads up that the massive defense worker layoffs that accompany these budget cuts threaten to send our already woeful unemployment rate soaring well over 10% and could drive it even higher!  Knowing these defense cuts are very likely to send us into another deep recession, Obama has decided to act to put off this dreadful news until after the election is over!

Accordingly, the White House decided to break still another federal law.  They just issued a directive to the big defense contractors that they need not comply with federal law, called the WARN act, to issue lay off notices to these defense workers sixty days in advance.   The massive cuts in defense spending have already prompted defense companies like Lockheed Martin, Boeing and Raytheon to anticipate hundreds of thousands of employee layoffs.  To comply with federal law under the WARN act, these companies must issue a 60 day notice prior to the layoffs going into effect.


This is a nightmare scenario to Obama as these WARN letters are scheduled to go out just before voters head to the polls in early November.  Accordingly, last week Obama sent out another "emperor edict" by sending out a letter to defense contractors telling them not to issue the layoff letters and threatening to withhold over $4 billion dollars in federal liability insurance that covers contractors affected by federal contract cancellations if they opt to do so.  As an incentive, the White House says not to worry, they'll cover the costs of any WARN lawsuits...with taxpayer money.

Even more troubling for Obama is that the states scheduled to be hit the hardest are Pennsylvania, Florida and Virginia, the three key swing states that Obama must win to be re-elected.

After the election Obama has no problem sending a few hundred thousand defense workers to the unemployment line but he'll be damned if a federal law is going to stop him from issuing still another "edict" to gain votes...and keep from losing in these critical swing states.

Just another example of where the priorities lie with this President.  So go ahead and re-elect him America!  Look on the bright side!  You'll have more company in the unemployment line and we can add another few million to Obama's Food Stamp Army!

Gee, he wouldn't be able to do that without a press that refuses to print the news, would he? By this one move alone the press should be held accountable. If not by law they should be held liable in a civil suit for the damages that are caused to those losing their jobs. A suit like that would bring the press into some kind of compliance and that legal firm would certainly be a hero for sure.

Ken, we haven't had a "press" for years..just a liberal propaganda arm much like Pravda was the iron fisted rulers in Moscow.