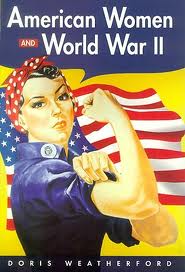 Mitt Romney is never going to be as smooth an orator as The Anointed One.  He is not nearly as articulate.   So, when Mitt Romney tried to illustrate his immense respect for the abilities of women by recounting how he achieved a majority of women on his Governor's staff,  he related that, after demanding more women candidates, he was given "binders full of women".  Yes, Governor Romney should have said, aided by women's groups, he was supplied with more resumes for women for his staff.

Well, desperate to find some faux pas, the liberals and the liberal media jumped all over Romney's statement.  Even now I can't figure out how they could take such a minute piece of dialog and turn that into some "mission statement" that Romney is "anti-women".  Will that liberal strategy work?  I doubt it...and I doubt it for the same reason that the liberal effort to portray abortion and birth control as the American woman's "key issue" in deciding who the next President is going to be.

Liberals are trying to do to American women what they have done to Blacks....turn them into victims who are just incapable of competing in the American work force.  Democrats think that if they can somehow raise the spectre of gender warfare, as they have done with class and race warfare, that somehow they might succeed in consolidating their power.  They think that American women, like uneducated Blacks, can be manipulated into buying the phony war on women.

Again, I don't think it will work.  First of all, I've said it before and I'll say it again:  given my choice I would vote for a woman for President in a New York minute!  Women are smart, less prone to testosterone-fueled decision making, and are far more logical and practical when making essential decisions.  And, having dealt with the fumbling awkwardness of an inarticulate husband, women are more than capable of sifting through what men say and what they mean.

So, these smart American women sit at their kitchen table and go through their bills, look at the family budget, decide what's affordable this month and what's not, and quickly make the hard decisions on the family budget.   And while sitting at that kitchen table they see that their utility bills have gone up in the last four years, as has their gas and food bills.  They fret about the increasing costs of a college education for their kids and worry about the solidity of the job prospects for themselves and their husband.  And, in doing so, they know damn well life under Obama has been grim indeed.

And guess what libs?  Women can read too!  They know that action speaks louder than words, so that they can readily understand that Romney hired a wealth of wise women to his cabinet and paid them well!  And they also know that someone culled through Obama's White House staff directory and found that women on Obama's staff are paid 20% less than their male counterparts!

So, I'm not buying what the liberals and the liberal media are trying to sell.  I believe most American women are supremely practical, immensely intelligent, and won't be voting for President based on who  can coo the most comforting political pap.  As usual, the liberals will fail because, like the elites they think they are, they fail to underestimate the intelligence of the American woman.

A final note; isn't it ironic that, when someone had to step up and take responsibility for the Libyan fiasco, it was a woman.  And our President went around this week saying the four deaths from our diplomatic staff were not "optimal"...and not one main stream media said a word about that.

Not only is Mr. Romney more articulate than Mr. Obama, Mr. Romney is more intelligent. This petty brouhaha about "binders" is ridiculous and only coming from the mouths of irrelevant left wing feminist nut jobs in panic mode because Mr. Obama's days are coming to a fiery end. No serious citizen is paying them any mind because Mr. Romney's record hiring the fairer gender is irrefutable. Furthermore, without teleprompter Mr. Obama is unarmed and comes across a simpleton at best. I thought Mr. Romney should have closed his Al Smith dinner remarks the other night with, "Ladies and gentlemen, thank you for your attention. Ann and I are happy to be with you this evening. It's now time for me to step aside so the technicians can set up the president's teleprompter." He'd have brought down the house.

And Colonel, if we didn't already know how biased the main stream media is, we would have been dumbfounded how "binder-gate" made the national headlines....while Obama's term "not optimal" for describing the death of four Americans in Libya was almost entirely ignored by the liberal media. I see no greater evidence of their bias in that one single example.