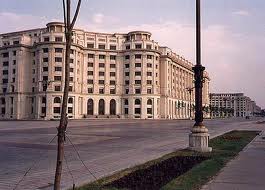 You've surely heard the term "dumb as sheep".  I've come to believe most Americans, when it comes to politics and government, really are just that dumb.  Why else would big spending politicians get by with the obscenely wasteful spending they do, and without consequence?  Why would anyone in their right mind approve of raising taxes for Uncle Sam after reading about massive government waste, fraud, and abuse?

For example, Democrats absolutely insist that we must raise taxes if we are to bring our budget into balance.  And while they give lip service to cutting out government waste, they never seem to want to do that when push comes to shove.   It is just so much easier to demand more money from the taxpayer.

Look, most people know how to balance their personal checkbook.  And most folks can look at their budget and know what they can easily cut back on in order to get by.  The feds never do it, whether it is a small budget item or a large one.  While you may opt to fore go your morning Starbucks in order to pay your rent, the federal government treats their small budget items as "rounding errors".

But when these "rounding errors" add up to tens of billions of dollars they are significant!  Let's look at some examples:

1)  Until they were busted last year for that $900,000 dollar Vegas Boondoggle, GSA was holding conventions at luxury resorts all over America.  When Congress began holding investigations on the matter they ask the Government Accounting Office to provide the dollar expense of GSA conventions just over the last decade.  The GAO was unable to provide an exact number but, when pressed, they admitted that GSA spent tens of billions of dollars over the decade, enjoying their $20 dollar morning muffins and $5 dollar shrimp cocktails...all on the taxpayer dime.  Were there no government facilities in Washington to hold these conventions?  Yes there were....which led me to discover this!

2) Jonathon Karl, of ABC news just this past June, did an investigative report on the cost to maintain government facilities.  Karl was shocked to learn that, in Washington D.C. alone, over 20 percent of government owned facilities are unoccupied, and they've been unoccupied for over ten years!  Annual cost to maintain these empty facilities?  $190 million dollars per year!  Mr. Karl also looked into where these building were located and found they stand on some of the most prime real estate in the nation's capitol.

3).  Question for the Sheep:  1) Why are GSA conventioneers flying off to Miami and Vegas and the Bahamas to hold their conventions, spending tens of billions of taxpayer dollars, when facilities are readily available in Washington D.C.?    2)  Why are we spending $190 million dollars a year to maintain and provide heat and air conditioning for government buildings that haven't been occupied for over ten years?  3)  Why aren't we selling that prime real estate and bringing billions of dollars back into the treasury?

Does anyone know Senator Tom Coburn from Oklahoma?  The guy is a deficit hawk that regularly flays the wasteful spending habits of both Republicans and Democrats.  Each year he publishes a list of wasteful government projects for really silly purposes.  Remember that $787 billion dollar Stimulus Program that the Obama/Reid/Pelosi regime rammed through Congress in January 2009?  Remember that it didn't work to stimulate the economy?  You might want to browse through the following to see just why:

I don't want to pay a dime in more taxes until the federal government quits wasting what I give them now!

Good Morning Vietnam…Veteran – I stumbled across your blog and blog post “Lost in America: Battlefield, Vietnam - The Great Beer Strike of 1969” via Googling “$2.40-A-Case Carlings Black Label beer” to verify that my cobwebbed “$2.40” memory was a true and sound one. Thank you fellow air warrior for your honorable service, and 1960s beer prices memory.

Great minds think alike. As regards, the term “Sheep” used in your “You've surely heard the term ‘dumb as sheep’. I've come to believe most Americans, when it comes to politics and government, really are just that dumb” comment, I entitled my personal memoirs, “Musings of a Citizen Serf…On Life in a Nation of Sheep©.” Yes, too many of our fellow citizens fit the “Sheep” Profile” when it comes to politics and selecting their leaders.

I put you and your Lost in America blog on the personal list of blogs I “Click On & Check On” every morning when I execute my daily, usually early morning twilight, Boot Up To Carpe Diem. Sorry to have to say, “Old Habits Are Hard To Break.” All those years of Zero Dark Thirty “Get Up & Goes,” early morning preflight and launch sortie-missions have permanently altered my circadian rhythms.

I maintain a few “Roadside Rest Stops” out on the WWW cyber-highway. FWIW FYI: I have a Blogspot “Green Picnic Table” e-campsite at http://freewebizen.blogspot.com/ . However, while it has some excellent and useful content, I have chosen to let it lay fallow, and do not actively post there.

My primary blog of activity is my Principauté d'Poliakonia Teleport Blog. This set of blog pages is located at http://home.earthlink.net/~poliakonia/index.html . The main page of my focused activity there is related to my FIGHT IN THE WAR ON PETROL TERRORI$M - ONE GALLON (LITER) OF MOTOR FUEL NOT CONSUMED AT A TIME. I spend most of my time maintaining the Hybrid Hypermiling - Hybrid EcoDriving - Ultra High MPG page on that Pd’P Teleport Blog.