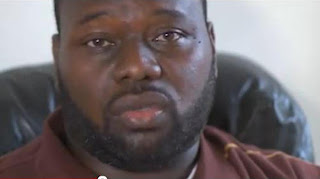 But, when we begin looking a little deeper into this tale of woe we find that Richard Hayes is a union worker and makes over $75,000 dollars a year in pay and benefits.  Now I don't know about you but I would have been thrilled to make $75,000 a year during my tours in Vietnam.  I suspect alot of our military serving in Iraq would also be happy to be pulling in that much in pay and benefits.  During my first tour in Vietnam my base pay was $86.00 per month.  On top of that I got $35 dollars in Overseas pay and $68.00 per month in combat pay.  My total pay and benefits for my service in Vietnam was about $2,300 a year.  Was Richard Hayes giving  $73,000 better service to his community than we were?  You decide.

But, I'll tell you this.  The liberals' attempts to make this some kind of an issue is lame indeed.  There isn't a day in my 22 year military career that I wouldn't be thrilled to be making $75,000 dollars a year.   As to the Dems' attempt to portray Mitt Romney as "out of touch", some of you may be surprised to learn that when Mitt Romney was running for Governor of Massachusetts he went out and worked the tough jobs his constituents were working.  He wanted to work and talk with construction workers and mechanics and yes, trash collectors.  Mitt spent a day driving around picking up trash with his state's trash collectors.  On page 251 of Mitt's book "No Apology" Mitt says this:

During my campaign for governor, I decided to spend a day every few weeks doing the jobs of other people in Massachusetts. Among other jobs, I cooked sausages at Fenway Park, worked on an asphalt paving crew, stacked bales of hay on a farm, volunteered in an emergency room, served food at a nursing home, and worked as a child-care assistant. I’m often asked which was the hardest job – it’s child care, by a mile.
One day I gathered trash as a garbage collector. I stood on that little platform at the back of the truck, holding on as the driver navigated his way through the narrow streets of Boston. As we pulled up to traffic lights, I noticed that the shoppers and businesspeople who were standing only a few feet from me didn’t even see me. It was as if I was invisible. Perhaps it was because a lot of us don’t think garbage men are worthy of notice; I disagree – anyone who works that hard deserves our respect. – I wasn’t a particularly good garbage collector: at one point, after filling the trough at the back of the truck, I pulled the wrong hydraulic lever. Instead of pushing the load into the truck, I dumped it onto the street. Maybe the suits didn’t notice me, but the guys at the construction site sure did: “Nice job, Mitt,” they called. “Why don’t you find an easier job?”

So, again we have the liberals trying to twist reality; portray Mitt Romney as a hard-hearted capitalist and poor Richard Hayes with his $75,000 salary and benefit package as just another "victim" of capitalism.  I guess I would ask all the liberal minions one question:  When's the last time Barack Obama manned a garbage truck?