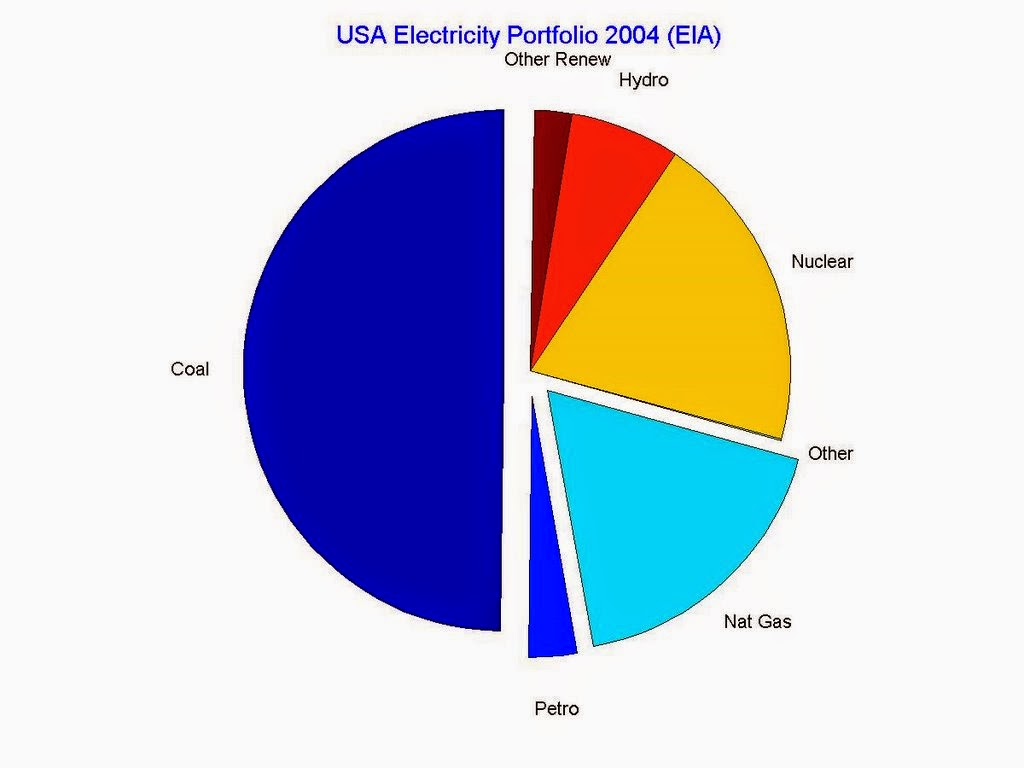 Over the weekend I was watching a video of a coal miner testifying at an EPA hearing attendant to the fella's coal mine being shut down.  The EPA holds those hearings...not because they want to, but because they have to.

The miner's testimony lasted 2 minutes and 32 seconds.  He only spoke for a minute or so because he was so choked up that he could barely speak.  He spoke about his family, his family's long history in coal mining and his lifelong dedication to delivering a source of affordable power for his neighbors.  The fella then asked the EPA panel if they could be satisfied with the government paying out, first unemployment, then welfare checks and food stamps to the thousands of miners losing their jobs....the EPA folks offered no response.

There was great tragedy here.  Yes, certainly the tragedy of a 50 year old man having to go out and find a job at a time when his age is nearly prohibitive for successfully doing so.  However, the large tragedy, and the one that will affect all of us, is that this fellow is working at a "clean coal technology mine where 90% of all pollutants are removed from the atmosphere and present a tiny, tiny impact on air pollution or global warming.  Even the by-products of producing clean coal are being recycled.  Some geological engineer found a way to send the byproducts two miles underground, returning them to the deep coal beds already existing.

I guess I have to first ask the EPA, and Obama and his greenie minions what they plan to use to replace even the clean coal now being produced.  As the chart above shows, coal provides 50% of our  current energy needs, with natural gas and nuclear providing 20% each.  Our friend Jerry, up in Oregon, enjoys a small part of the 7% of the hydroelectric contribution.  Petroleum provides one percent...and then you have that little tiny slice classified as "other".  For your edification that conglomerated 2% is wind power and solar..with solar providing a tiny .043 percent of our total electric needs.

So, not having a dog in the hunt, not having any friends or relatives directly impacted by Obama's war on coal, I guess I'd ask the following questions:

1) What will we replace that 50% of coal based energy source with?
2)  At what cost to the American consumer of electric power to warm and cool our homes?
3)  What will be the impact on our economy when American business is forced to pay triple what  other countries are paying to power their factories?
4) How will punishing the American consumer and destroying American competitiveness in the global market place improve our nation?
5) Will China feel sorry for us and stop using coal?  Will they clear up their own massive contribution to pollution and global warming?
6) Must we kill King Coal in one fell swoop before we've developed cheap and efficient alternative energy sources?
7) Why are you and the EPA so pig-headed that you are closing the two largest clean coal sites in the world?

That coal miner working to produce the cleanest coal in the world wasn't as articulate and smooth talking as Obama.  He wasn't smart enough to ask all the hoity-toity questions in the language only the elites understand....he only knows he's a third generation coal miner whose life work is now over.

And if the irony could not be any greater, if hypocrisy and idiocy could not get any worse, Sunday's business section of USA today reports that we are now importing over ten million tons of coal from Honduras because Obama and the EPA has shut down, or economically crippled our own coal mines....can anyone explain to me how Honduras, a few hundred miles to our south, emitting 100% of toxins into the air is better than a clean coal plant that now emits less than ten percent?  Folks, this is madness.

Note:  I said Honduras, then mentioned Columbia (mistake, it was Honduras..now corrected.)
Posted by A Modest Scribler at 2:00 AM

Global cooling ,no wait, global warming,umm no, climate change.Soon another name to push forward their bullshit agenda at the cost of our economy and our country.The elite pieces of shit will not notice any change in their bills only us ,the working and non working class.

Pretty Crazy, all of it, everywhere.
We import coal? We also export coal. Pretty Bizarre. Yes, we have clean hydroelectric is Beautiful Oregon but we are killing off the Salmon. They are full of radiation from Japan anyway, so no problem!

But to destroy our economy to make a point is idiocy.

I can still remember, in 2009, when Obama's energy czar said we have to get gas to $10 a gallon...and he said it with as much hate and hostility as I've ever heard from a public official.

I even accept the global warming concept, not because i believe it is true, but because having cleaner air is a very good thing to have...BUT, if we are going to transform our energy sources let's go "Manhattan Project" on this...and that doesn't mean handing over government money to Solyndra..it means putting market incentives in place that will drive energy innovations.

True, Jerry. I have no clue as to how the coal business operates. I do know that, since the 20's, we have imported oil, then exported oil to Asia.

As to the salmon and Japanese radiation, let's shoot the bastards.

Strangely, socialist Europe has done the best job of bringing energy generation into the 21st century.

Maybe we could cut out all the fraud, waste and abuse in government and use those hundreds of billions of dollars to go "Manhattan project" nation wide.

I own a little stock called Capstone Turbine. They make turbines that will run on any fuel, including garbage. They are especially adept at running off gas flaring that's going into our atmosphere. They take that flared gas and power site heating and air conditioning at extremely low costs and the turbines are virtually maintenance free with very low emission. And yet, many of the oil producers won't buy them until they are made to. (They are also making turbines for garbage trucks and commercial truck haulers with tremendous energy savings and low pollution). I'll bet there are at least a hundred different technologies in their infancy that, with seed money, could solve our energy needs without breaking the bank, or killing the economy.

This was the plan all along. America is being pistol whipped into obediance. My wife volunteers at a private religious assistance agency. The marginal subsistance of the people that are being helped is going to get much worse. People are expected to roll over and accept any decree from the EPA, after all, it is to save the planet. Tyranny through regulation is creating a lawless society, whatever a citizen does is regulated, who even knows what the regs are? Oh! I understand, humankind is the problem, we had best confront evil, if we don't, who will?

"pistol whipped into submission"...I'm sorry, anon, I'm going to have to steal that phrase...it's just too good.

Your question was "... what they plan to use to replace even the clean coal now being produced." There isa reason the Obama cabal has never answered that: They don't plan on replacing it. They're in the process of killing the coal industry, they are refusing to issue permits for new nuclear plants and are actively working to decertify those currently operating, the attack on natural gas continues with the prohibitions on fracking looking more likely. The slavish devotion to the illusory goal of "protecting the planet" means these people don't care about the effect on families when entire industries are wiped out via government regulations - these folks can simply subsist on the "gubmint" check (and will probably vote Dim as a result, since it's that party that is promising to "take care of them"). The hypocricy in penalizing the US while other countries continue to use fossil fuels and coal to power their nation is simply ignored by these snobs. Elections have consequences, and this nation is committing suicide everytime we elect these holier-than-thou Dims...

Well, Randy, I'm betting that even the liberals will revolt if their asses get cold enough. Frozen Kool Aid is not consumable. :)