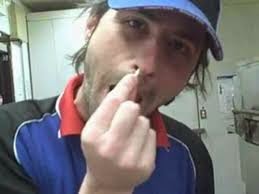 Those wonderful folks who assemble your Big Mac are out in force again.  They are now equating that $15.00 dollar per hour minimum wage with the civil rights movement of the 60's.  Oh, they are an oppressed bunch, these societal losers who thought actually getting an education was silly!  They feel shackled by the current minimum wage which varies from $7.25 to $12.00 an hour depending on who's running their state house.  They work and they toil for slave wages behind an air conditioned counter and forced to take jobs that educated Americans worked for a time but have actually gone on to adult occupations and don't need anymore. 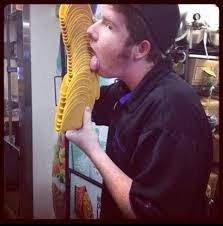 So now these poor wretches are left with the only job they are qualified to do; flip burgers and collect the money that the cash registers tell them is the right amount. 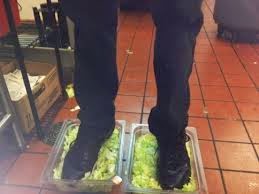 "No more!", they wail.  They have given up on peaceful protest and vowed to begin confrontation!  Oh, let's call it "civil disobedience", just as those Black folks down in Selma did..cause that sounds so much better than greed, huh!  So 1,300 of them gathered in Chicago over the weekend.  They talked about how hard their life was; having to work a whole hour just to be able to afford a $7 dollar Starbucks latte, the rising costs of pot and cocaine, and how loft apartments in the trendy sections of town are so expensive.  And, for single moms, the free WIC, free child care, free medicaid and Section 8 housing vouchers and those thousands of dollars in free child tax credits just isn't enough to support a mom and her children in the manner she has been accustomed! 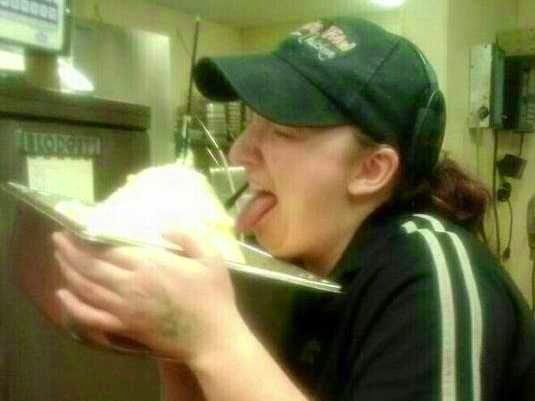 So they rallied there in Chicago.  The SEIU was on hand to cheer them on, knowing if the minimum wage dunces can somehow wangle $15 bucks an hour, then their high school graduate union members can demand even more, perhaps $22 an hour for making a bed and emptying hotel waste baskets!  And they even hired some of those Civil Rights protestors to come in and advise them how to raise the most level of hell in order to incite chaos at the franchise!  Laying down in the franchise parking lots and the drive-thrus seemed to be the most popular suggestions.

And yes, they had the sob stories all choreographed and ready to go.  One Kansas City mom, a mother of four children, cried over having to support those four kids on minimum wage...her support boosted only by $20,000 a year in taxpayer funded benefits she receives as a reward for breeding four brats she can't afford.

Pity is the word....as in what a pitiful bunch of losers.  The thing is, I don't mind at all paying a premium for a premium product and service...I do it all the time at In N Out Burger whose employees get paid $12 bucks an hour, have a retirement fund and educational benefits.  I just don't like rewarding bad behavior; the first time when they refused to get an education and qualify themselves for a greater future, and the second time for being so damned bad at flipping and assembling a burger.

I supported these losers when I paid property tax to fund their schools.  I paid again every April when my tax dollars went to support their spermal offal.  I'll be damned if I'm going to support them further by paying $8 bucks for a cold Big Mac, with or without the free saliva, snot, or shoe debris.

but if you take those ingredients out of a Big Mac there isn't much left!
I am also opposed to government subsidy of capitalism so I am mostly agreeing with you. Maybe those jobs just need to disappear if they can't be maintained without government assistance? no more Walmart wouldn't be a bad thing.

That's funny, Jerry! You know, I must have written (complaining) about the fast food business model at least a dozen times on this blog.

To me it's insanity to fund those billion dollar food research centers that all the big franchises have....they supposedly taste test to death all kinds of food options...and then they hire anyone that breathes to assemble the damn thing for you locally, especially hormonal, illiterate, maladjusted workers. Don't get me wrong: when I see a fresh faced teen whose customer friendly and tries their best to serve I'm grateful and admiring. Unfortunately, there are too few of them....so many who are slugs who are doing you a huge favor to serve you food.

Was just reading an article about some promising new hamburger chains. One new franchise is copying In N Out and banning microwave ovens at their outlets. i think that's wonderful.

Have never been a friend of Walmart...mostly because their stuff is junk, partly because we must subsidize at least part of their employees through our low wage programs. But, I'm a bit torn about this. I'd rather partly subsidize some fella who is at least trying to work than someone who refuses to work at all.

Forgot to add, these pics were so disgusting I almost didn't publish this blog.

Yes, there might be more than just GMO's in our food!

Change is coming to the fast food industry.Automation and the elimination of buger pickin' burger assemblers.Order at a kiosk pick up your computer made better burger at counter. Still probably be 8 bucks for the Big Mac, but it will only come with one special sauce.

That's what I like about In N Out Burger, Jerry...everything made fresh and the kitchen is wide open so you can see what's going on. Even the drive-thrus have big picture windows to see in.

Craig, if they'll just get rid of microwaves I'd be far happier.

Gotta love In and Out Burger. They hire clean cut well mannered Kids, with personalities to match. There's a reason why they're busy as Hell. It's a pleasure to go in there. Now that's a business model to emulate. Plus the menu is wonderfully easy.

Glad to see you too have good taste, Frank..and all In N Out is really doing is simple...cook fresh burgers and fries, use quality ingredients, assemble while still hot, serve.

And Micky D's spends millions in their test kitchens only to have it all result in massive failure.