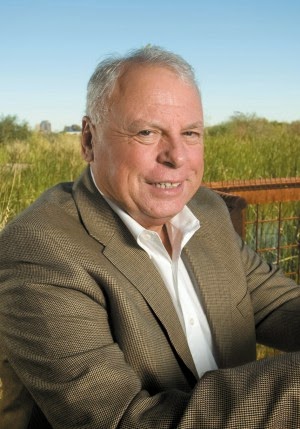 In 1968 a young Roger Ferland was getting ready to enter law school.  Then the military came calling and, before he knew it, he was plucked down into the jungles of Vietnam.  All he was allowed to take with him was three minutes of memories of a girl named Sandy, whom he had fallen madly in love with in a microwave instant.

It would take Sandy a bit longer; she would end up falling in love with Roger through his letters...it was there that she discovered the vast and rich heart of a man.   So she waited.

One hot steamy day, while out on patrol, Roger stepped on a land mine.  When he came to he sported a mangled arm and was missing his legs.  They evacuated Roger and he would endure months of critical medical care and more months of physical therapy.  When Roger finally did get to come home he wore the Bronze Star for Valor on his chest, to accompany a Purple Heart and a Combat Infantry Badge.

Fortunately for Roger, Sandy never fell in love with his legs, but his heart.  So, in 1970, Roger and Sandy would marry and begin building a life.  Roger enrolled in Duke University Law School and graduated with honors and decided that he wanted that law degree to be used for something special.
So he began work in Environmental Law, both in the private and public sector.

Roger and Sandy moved out to Arizona where Roger would work tirelessly to shape environmental laws that would assure commercial success while still preserving the natural beauty of Arizona.

But there was always time for Sandy and the two raised three beautiful daughters, giggling lassies who loved to marvel at Roger's wooden legs, long before modern day prosthetics...and Roger didn't mind a bit.

In 2012 Roger lost Sandy and was on his own after 42 years of marriage.  His daughters say he met his loss, and conquered his extreme sorrow,  by plunging even further into life.  He took up tennis and  stepped up his already remarkable record of public service.

Now 75 years old, and now in a wheel chair, Roger has still not allowed himself a "slowdown".  Instead, this distinguished Duke lawyer goes around Arizona, wherever military vets gather, and provides pro bono legal service to vets who otherwise couldn't afford it.  He'll draw up a power of attorney or a will for any vet who needs one, then shake his hand and hug him and thank him for his service and give him a "welcome home" before he wheels out to his next VA Clinic or VFW hall.

And vets who have sat with him to draw up their will in a VA hospital waiting room swear the man is ten feet tall, even in a wheel chair.

Great to know that there are people that never give up or stop giving. Thanks for making my day, have good one.

Wow, I've got a lump in my throat. Great story!

I guess everytime I turn a page anymore it's somthing sad or very negative. I kept expecting it here and with each paragraph I could swear I saw it coming.
The negative never came. Only one beautiful sentence after another. I'm sorry the fella lost his wife, she was a rare one. The only improvement to this story would be the wife living out her days by his side but I guess that wouldn't be reality. God bless this man as he helps our brave soldiers and his wife in heaven who without her his full recovery may not have been possible.

Thanks for taking the time to comment, Craig and Carol. Always means a lot to me.