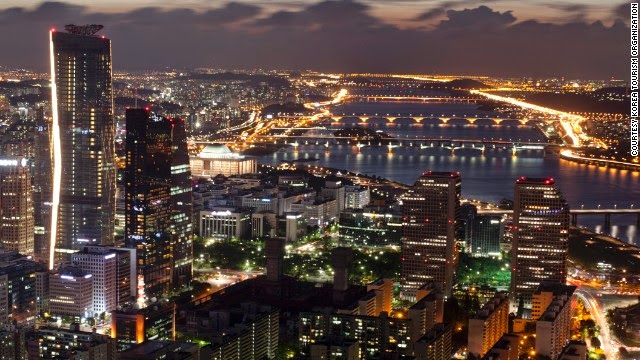 I was just reading something the actor Richard Dreyfus said about American exceptionalism.  Dreyfus, whose politics swings from liberal to conservative, depending on the issue, was taking angry exception of Obama's consistent statements that America is no more exceptional than any other nation.  Dreyfus rightly argues that, not only did America invent the system that promotes individual freedoms, but that we have done more to free millions around the world that any nation in history.

That got me to thinking about the Marshall Plan when, for five years, we spent fully a third of our entire Gross Domestic Product to rebuild Europe after World War II.  Or how production engineers cited our re-building Japan (the aggressor) following World War II for the massive manufacturing advantage Japan has enjoyed over the years.  They were beating us on trade using the newer factories America built for them, while our own aging manufacturing facilities couldn't compete!

And I even thought about a war for freedom we didn't win...but didn't lose; South Korea.  Don't know how many of you know this but South Korea is consistently in the top ten top producing nations in the world.  It wasn't always so.

I remember my first one year tour to South Korea back in 1975.  I was stationed at an air base in the southern part of the country.  The little town outside the base offered the chance when off duty to go down and have a Korean meal or to shop for oriental trinkets to send home as souvenirs to family and friends.  In 1975 the Korean home consisted of some rudimentary furniture, a very small refrigerator and one of those little camp-like kerosene one burner stoves to cook on.  Only the very rich owned a car; transportation was by bus or some dinky little blue taxis made by an obscure auto company called "Hyundai".

On my second tour to Korea, in 1983 the country was dramatically different.  Even average folks had a modern stove, a full size refrigerator and even washers and dryers were becoming common.  Where once Korean farmers had used 'night soil' (human excrement) to fertilize their crops, modern farms now stood using the latest and best agricultural innovations.  From the middle of the country, all the way north to the capitol at Seoul, green houses dotted the countryside and provided fresh vegetables and flowers in winter for the South Korean consumer.  Although mass transportation was still the preferred method for getting around, Koreans also owned automobiles to take them out to the country or on vacation in the south.

On that second tour I had already been commissioned as an officer and enjoyed the privilege of living off base.  I rented a small apartment just a few steps from the air base's main gate.  Each night when I got off work I would walk down a little lane that featured boutique shops on both sides and I soon got on speaking terms with all the shopkeepers along that lane.  One particular shop was owned by a young Korean man, no more than 30 years old, named Mr. Pak.  He sold mink blankets and intricately designed silk quilts.  I ended up frequenting his store often as I outfitted my own bed with a warm mink blanket and a quilt to ward off the cold winter nights.  I also bought blankets and quilts and sent them home to family as gifts.

I got to know Mr. Pak quite well and he would often invite me in for coffee or tea as I passed by his shop for home.  We learned about each other's family.  I learned his ambition was to become well established in his business so that he could take a bride and start a family.  He certainly worked hard enough for it as he operated his shop from 8 in the morning until 10 at night!  But that was the case for most Koreans; they are extremely hard working and always ambitious!

When I left South Korea in 1984, I was assigned to a position at Pacific Air Force headquarters, working in support of our bases in Asia.  So I ended up returning on inspection tours to Korea time and again.  On one visit late in 1985 I ventured off base and dropped by to see Mr. Pak.  I was pleasantly surprised to see that he had bought out the business next door and had expanded his store.  Smiling at seeing me, he pounded me on the shoulder and laughed and insisted I come in the shop for tea.  As we sat down at a small table, Mr. Pak called out to someone in the back room.  Soon out came a lovely young Korean girl whom he introduced as his wife.  Tagging along beside her was a little boy about one year old.  I was so happy to see that Mr. Pak had realized his dreams.

A dream that surely would not have happened if tens of thousands of Americans had not sacrificed their lives on Pork Chop Hill or on the beaches of Inchon.  Quite exceptional people, these Americans.
Posted by A Modest Scribler at 2:00 AM

Yes, you are right, this blog could have been ten books long. Not to say we are perfect, just way ahead of second place. And, really, there would be no second place if it weren't for us.

Exceptional,generous,kind,forgiving,etc, the best parts of all who emigrated here to become Americans.It seems the qualities mentioned above are the same ones missing from the detractors and haters of our Country.

Thank you, Jerry. Have a great weekend, my friend.

Craig, it doesn't make sense to me, either. Wish I had the power to send the haters to live elsewhere for a few years...they might come home a bit more appreciative of their home country.

Have a great weekend, Craig.