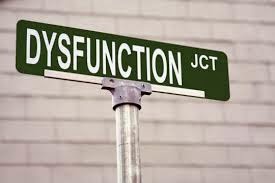 Okay, now I'm getting really scared.  I fear the Republicans are doing it all over again....showing both an inability to articulate a political philosophy, while simultaneously allowing the same old air heads to spout nonsense.  And, because of it, Republicans are going to fall on their ass again come November and fail to easily win control of the Senate.  Read the damn numbers, Republicans!  You got Landrieu on the run in Louisiana, you're got a great chance in North Carolina and Alaska and Arkansas and even Colorado!

Let's begin with what happened this past week on the immigration legislation.  On Monday, the House voted to sue Obama for exceeding his authority with his many executive orders.  Okay, that's all fine.  However, the very next day Speaker Boehner was lamenting that Obama won't overstep his authority by ignoring that 2008 loophole legislation that has us babysitting 90,000 kids, and just deport them immediately!

Hey, I'm all for deporting them immediately, but less face it, Obama has no intention of doing so, so why even bring it up and send mixed messages about when it's okay for Obama to exceed his authority?

As to "articulation", how about cutting through all the bullshit and say this:  "Mr. President, no way are you getting $4 billion dollars to provide aid and comfort to lawbreakers!"  "Our GAO ran the numbers and said you can feed and shelter and medicate them until they are deported for less than $500 million (ironically the same that it would cost to fly them all home Business Class) and we are not giving you a penny more until you agree to sign on to an amendment to the 2008 law that closes the loophole!"

As to what to say to the American people?  Hey, Gallup released a poll this very week and 67% of ALL Americans, Democrat and Republican, blames this immigration crisis on Obama's lax enforcement of immigration laws.  Republicans don't have to say much more than that..the people know. And all 225 Republicans in the House and the 40 plus in the Senate ought to be reciting the mantra; "there's nothing wrong with our current immigration laws...just enforce the damn things.  Do like the Democrats for God's sake!  Take a lesson from their two week long "oh, they want to impeach the President!, oh! woe is me "thang!"  Just keep hammering on the need to enforce our immigration laws!

Okay, now let's deal with the loonies.  Sarah Palin is screaming impeachment every hour of every day.  So is Cruz.  So is Michelle Bachman.  Hey!  Me too!  But how about getting better spokespeople!  How about we long and loudly decry Bachman's idiocy at saying Obama is conducting crazy medical experiments on those kids down at the border!  Huh?

Hey Republicans..while you're home campaigning for five weeks during this recess how about articulating exactly what you'll do to replace Obamacare!  And no, you can't just SAY it...you've got to have solid and specific steps you'll take once you control both houses of Congress...that you'll lay out that plan, that you'll draft the legislation and have it ready for January, 2017, when, by some miracle, a Republican wins the Presidency.  And, speaking of the campaign, if I were every one of you, I'd loop about 50 U-Tube videos of Harry Reid's crazy pronouncements, and I'd play it at every campaign rally and scare the shit out of the citizenry...that ought to be good for a lot of Republican votes!

And here's the best advice of all, Republicans.  YOU control the purse strings.  I want you to completely cut all foreign aid to every nation sending kids to invade our border.  They get NADA! Watch how quickly those countries stem the flow of the invaders!  And yes, if you'll shut the loonies up, and find SOMEONE that can speak the Queen's English, you can keep control of the House, win the Senate and then finally control the budget.  That's REAL control...Obama can hire a thousand Czars and issue a thousand executive orders...but if he doesn't have the money to fund it, well...you just neutered the bastard.

This is just beyond disgusting. Once again it is being laid in the repubs lap and they are pitching it to the floor. They have no intention of winning an election again. Kind of makes me wonder what is going on here. Are we just giving the whole thing away to a liberal faction somewhere in the world anxious to take over the behemoth country and reign us in "as they see fit". It surely looks like it. These asshole republicans just look like complete idiot slobs that I couldn't consider even casting a vote for but they will make the Sunday morning tv rounds badmouthing all things tea party. I have grown to despise the republicans. Why won't they see that embracing the tea party isn't going to hurt them, just make them look like a party with some brains and balls. That is what we are looking for, begging for, for years and years now.
I was watching a new show on the Fox Biz channel called, "The Independents". That they are,(independent) but they sound a lot like the Tea Party but they say they want to be known as libertarian at heart. Heaven forbid a republican would court a young person's vote, they are the only thing that will save them. I love the Tea Party but they need the support of republicans and vice versa. It's just a catch 22 no matter how I look at it and I know they know that far better than I, so how can I help but think this is being done at a much higher level with the blessing of the liberal republicans, eliminating half of a debate. The opposing side is just frighteningly stupid and so is their electorate. I fear for my future. All I see is the second revolutionary war, but who will win that? You might consider trying your hand at drafting our new constitution. Thomas J. Scribbler, has a ring to it, don't you think?!?

I view politics within the beltway as a parlor game such as "Monopoly". Jockey for position in any run up to the next election. Power is an all consuming aphrodisiac that intoxicates all political beings. They all say they are representing their constituients, maybe sometimes. The next election will always solve everything. It is bogus, there will be a reckoning on American soil!

Ken, Anon; I remember some pretty big names making a real effort a few years ago to finally come up with a 3rd party. Those advocating for it were Democrat, Republican, Independent and Libertarian.

Some how it just never took off. Maybe the corrupters are just so well established that it has become impossible to unseat them...without a civil war that is.

Ken, nothing wrong with our old Constitution...yep, we need to amend it to correct a few things...the 14th would be my first priority.

Republicans have one major, consistent problem: R's, when in the majority, refuse to treat D's the way D's, when in the majority, treat R's. They either lack the killer instinct, are afraid of offending the very people that (politically speaking) would butcher R children if they had the chance, or (and this one galls me but it appears to be more true everyday) want to stay in the minority because there is no expectation of accomplishing anything if you're not in control. Who knows? What is clear is that when the country needs a thoroughbred from the R's, we get a gelding. Who's gonna vote for that? Suing BO is laughable - but the R's refuse to use the two tools the founders provided: Impeach or cut off the $. BO is like the Arabs - all he respects is strength. He'll hate them for acting like men, but he'd respect them for it. Don't look for much from this bunch, now or after the elections....

Randy, I don't doubt that Republicans lust for power...just don't know if they are smart enough to grab it.

As to voting, please don't stay home in November..that's what got Obama that second term...as much as R's disgust you they are a hell of a sight better than D's.