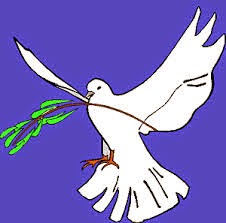 All of you regular readers know that Jerry is our "token liberal", or at least he once branded himself as such.  It's hard to tell because I'm certainly not a liberal and we often find ourselves agreeing much of the time.  Oh, sometimes Jerry will drop a bit of the snide in the comments block, and I'll snide him right back, but I suspect we'd be good neighbors to one another.

No, we're probably never going to agree on the minimum wage and who should set it, and we obviously have differences about the price of a hamburger...and let us not re-visit our differences on Obamacare...but still there are optimum reasons why Jerry and I could sit down, arrive a mutually acceptable compromises for making the world right.

First of all, neither of us has political ambitions.  Secondly, neither us possess a lust for power.  Thirdly, neither one of us are ensnared in the web of the political money changers.  Finally, we are both of an age where, whatever our motivations for improving the world, they are both admirable and unselfish....we're doing it for the betterment of those who will have to live in the world we aspire to improve.

I might add that, should we ever sit down for a pow-wow, we might have a tempering affect on our animosities and our madness.  Jerry wants to gun down litterers and I pretty much want to gun down anyone left of the political center.  Perhaps we could reach a reasonable accommodation that might spare a few lives.

So old Jerry and old Dearel meet on neutral ground somewhere...maybe a cabin in the woods.  Jerry can toke and Dearel can imbibe a couple of Long Island Ice Teas and we can sit down and hash it all out.

Jerry could then explain to me why 20 nuclear bombs dropped strategically over the Middle East, Indonesia and selective African countries is not a good solution for solving our radical Muslim terrorists problem.  I might then convince Jerry that litterers are toward the bottom of my "snuff list."

Jerry might explain why the militarization of our police forces is a bad thing and I might counter that, in a nation increasingly more lawless each year, to include our President, why we might want to save the last vestiges of those who serve and protect and enforce the laws remaining.  After all, that excess military equipment sold to our police forces came in the wake of 9/11 when it was believed they just might need it some time in the future.  I haven't seen anything that has changed my mind on that, especially with a porous southern border that our President refuses to secure.

Jerry and I would probably agree that we need to stop spending our national treasure on foreign soil.  But I would want to see any savings in that area go toward securing our ports and airports and the southern border.  And I would implement martial law in Detroit, Los Angeles, Ferguson, Missouri, Chicago, Baltimore, Newark and Atlanta and clean up the Black thuggery that plagues our nation.  Jerry will almost surely argue that we need to keep them in school and find them jobs...but he'll have to explain how that's done because trillions of War On Poverty dollars over half a century has failed to achieve those goals.  I would argue for a "starve em out" strategy; no work means no free housing, no food stamps, no welfare check and if they riot at that, well we've got that huge domestic military force to deal as harshly as need be with that.  Perhaps Jerry's persuasions skills, and the bribe of a basket of ripe tomatoes, might cause me to soften my views on that.

The one peace agenda item that will have to wait for a later conference are our views on national unrest.  I believe with all my heart that we are headed for a 2nd Civil War.  Jerry will argue that too many people are just too fat and happy to rebel and I would counter that the anger level is already rising to new all time highs and, when Americans are pushed too damn hard, and when the quality of their own productive lives are compromised by politicos who derive their power by federal bribery, at their expense, they will finally revolt and take to the streets.

By that time I'll be pushing up daisies and Jerry will visit me once a year and place plastic flowers on my grave, even as he keeps his rifle locked and loaded, always alert for potential litterers.

While you guys are drinking and toking at the mountain cabin, beware of banjo music.Happy Labor Day Weekend!

Ha, we would have a great time! Mostly at my age I think "fuck the world", people get what they deserve. Yep, we would skip all that political shit and I would take you Salmon Fishing and hope we could catch a few lacking Radiation!
Did you see the list of the top ten States receiving the Most in Federal dollars? California and Oregon, of course, didn't make it into "the top ten" but Arizona did
even if at the bottom, #10. What is up with that?
Have you seen that Movie, "Out of Africa"? this will have a whole new meaning with Ebola. Humans are not on the endangered species list and Nature has a way of balancing things. Maybe we need to do nothing? I have to admit that the world is lucky that I am not President. I am far too reactionary and would turn the Middle East into a glass factory.
Both sides and all the divisions
are pretty sick and evil if you ask me.
Yeah, fuck 'em, we will go fishing but don't be throwing anything overboard. there is plenty of trash in the ocean already!
I did have a toke a few years ago, sort of a chaser with my chemo cocktails. Wow, far out man, LOL
ain't Nothing like it was in the '60's! that was enough.
Send me your address and I will send you some heirloom dried tomatoes AND tomato jam!!! far better than weed!
Happy Labor Day! with so few people working I am amazed that is still a Holiday!

Craig, I'm always on alert for that banjo music! :) Happy Labor Day to you as well.

Jerry, being raised on beans and taters, and little meat, and no fish at all, I have never developed a normal lusting for a good steak. I eat one about every six months.

As to salmon, I'm happy to say, because of the cost, I do not care for Salmon at all.

Happily, I have developed a taste for any fish that doesn't smell like fish...tuna, tilapia, etc.

And yes, we must discuss politics because who the hell else but us are going to solve these problems for the young uns?

Arizona is on the top ten list because half of the population is Hispanic, and poor, and half of those are illegals who harvest anchor baby bennies.

My first toke was given to me by a buddy who just loved it. We were at a drive in movie and the movie was "For The Love of Ivy" and to this day I don't remember a damn thing about it because I fell asleep. I have been tempted to try it again in my old age because I understand it helps you to sleep which I don't do well these days.
I could easily sign up for it because a good many here apply and get a toke card.

I'm also too damn old to handle Long Island Ice Teas these days but a good merlot whets my appetite and mellows me out real good.

Jerry, I love when you talk dirty ("fuck the world")...it is how I wish I could think but am somehow wrapped up in some Judeo-Christian work ethic thing that just bugs the hell out of me when I see sloth.

Except for you, I don't know anyone who lusts after fresh tomatoes the way I do. Used to take a salt shake to the garden and just pig out on them right off the vine...hate the refrigerated crap with no taste at all. I probably got a dozen decent tomatoes off my plants this year and have had to seek out the good stuff elsewhere.

You have a great weekend.

The Carlin-friend get together should follow the example of their esteemed President and just call it "The Beer Summit". Dearal would drop shots of Jagermeister into large steins of Clamato beer and chase them with shots of Patron. Carlin would drink his Lucky Lager while drifting into heavenly bliss, enjoying a few modern day tokes. After a couple of hours their perception of a dangerous world will melt into a euphoric utopia into which they escape.

Hey, old gray, far too elaborate for me...just a cold beer or room temp Merlot for me....but I do like the euphoric utopia!