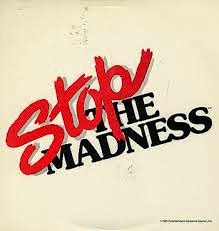 When something like the Michael Brown shooting occurs I get so angry and so flummoxed that I can't write rationally or logically....thus the long delay in having anything to say about this.

Consider that, on the night Michael Brown was shot by a White policeman, 26 Blacks were killed by Blacks on the South Side of Chicago.  That brings the total for the year well over 500 Black kids shot on the Southside.  Not one Black reporter, not one White reporter, not one race baiter was on hand to lament the weekly Chicago massacre.  Not one.  Not Barry, Not Al, Not Jessie.

And the plague of Black crime is not limited to Chicago.  Baltimore and Newark and Philadelphia and Atlanta and Los Angeles, all killing zones, all rife with Black thug violence of the worst kind.
And the race baiters and the Black crusaders are no where to be found.

And Blacks are equal opportunity killers!  Yes, while they do kill each other in outsized numbers, if a White is crazy enough to venture into their hood, they'll kill him as well.  And when they are not killing they are playing the knockout game with 6 month pregnant women and 70 something old people and mob robbing 7-11's.

Well, it's Monday morning and I just watched the news conference on the Michael Brown autopsy.  A couple of hours prior the coroner had given an interview and stated that his findings do not support the idea that Michael Brown was walking away, but was in fact charging the officer.  Later, before an audience he became more tentative and said his findings could reach no conclusion on that matter.

So, post news conference, I click on Yahoo News and the headline reads "Coroners Findings Confirm Michael Brown was surrendering."  Huh?  Did we watch the same news conference?, thought I.  Cause it sure didn't support the Black witnesses testimony!

And, of course we again saw Obama take the side of the thug over the police, didn't we!  Same old divisive man-child.  I guess we should expect that since Obama is half "sub-human", isn't he.

Yes, I said "sub-human."  We are rapidly approaching the time when we stop playing this politically correct game and call these people what they are; mindless, illiterate, racist, unthinking monkeys who just didn't progress to the human stages as many Blacks did...so many chose to go to the dark side.

And yes, we do have hard working and law abiding Blacks but most of them haven't completed the jump to full human status either.  With the exception of Dr. Ben Carson and our friend Trevor and a few others, most of the law abiding Blacks, the morally straight Blacks, still refuse to speak up en masse and condemn this Black circus of monkeys who are playing a huge role in dragging America down.  You name it, the Blacks are champs:  75% one parent households, 12% of the populace sucking up 43% of welfare benefits, 50% illiteracy rates, 50% of the prison population....you name it, these self styled "victims" win the gold ribbon!

And if you want to be mad at someone, be angry, be very angry at our founding fathers who brought Blacks in to do cheap labor...and for the past 50 years we've paid a huge price for that cheap labor.

I wrote about this before.  Give these people their own state.  (except California which we need to cede to Mexico).  Let this subset of sub-human Blacks have their own state.  Let them elect Al Sharpton, President, and Jessie Jackon, VP, and tell them they're free to run it however they like....without a dime of federal dollars.

Let's see who they whine to and about then.
Posted by A Modest Scribler at 2:00 AM

Wow, my friend!!! Good for you, I wish this blog would be recognized for being the first to break completely the bonds of "political correctness"! I'm very proud to know you. I just hope nobody brings the ropes to your place.
You told somebody yesterday or the day before to look up the statistics of the black populace before LBJ started his great experiment. Right up to the late fifties and early sixties they were employed with two heterosexual parents raising families under one roof. We didn't really know of any other word to describe people other than "heterosexual" at the time, now did we? The offspring of these parents were going to school and being educated just like everyone else. The unemployment numbers were somewhere in the less than four percent among the black populace. America was a reasonably happy place to live for all folks. There was one other VERY interesting pearl that I discovered some time ago. Through a system of very standardized testing among black and white adults it was found that blacks performed to about 70% of whites in almost every category! The hell you say!! I do say, and the results were quickly shelved and not discussed in regular news outlets or educational materials. It might be found in the racist rags but sadly, the truth was buried once again. I don't know exactly what benefit this knowledge could provide but that is probably because I operate at about a forty percentile of everybody else, black or white.

It is so sad to see folks like you and I and those who contribute here to become so completely frustrated by such a ridiculously childish government. It is just amazing, the once most powerful country in the entire world being taken down by a bunch of spoiled children, and all of the extraordinary thinkers and leaders have not a clue nor cojones to stop them. It's like an episode of the "Twilight Zone".

Long time no talk! I finally got a chance to catch up on your posts and this one made me fume and laugh at the same time. Despite my Google image I'm actually white! I tend to not put my real image on social media, it's a scary world out there, but a scarier internet. Lots of reading to do, have a great afternoon!

I stand corrected, Trevor! Will try not to make that mistake again. You have a great day as well.