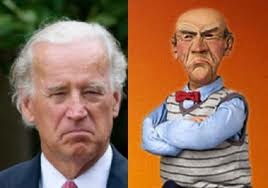 Last week, before Congress wrapped up their three day work week and headed off for a 5-week vacation, our pols were stunned to see a poll that says 76% of Americans believe we are on the wrong track.  The poll, of Republicans, Democrats and Independents all, said an equal percentage believe their children will not have a life as good as they had it.

Well, everyone in Washington was flummoxed!  Barack Obama is still pulling in $2 million a year from his books.  Joe Biden gets to fly Air Force 2 to wing home to Delaware, less than 200 miles from D.C.  As a Senator he used to take taxpayer subsidized Amtrak home every night but now even that is below his standing.  And when Barack or Joe or Michelle travel they stay in $500,000 dollar per night hotel suites.

John McCain, married to a beer heiress, is worth hundreds of millions of dollars and owns something like seven homes.  Jay Rockefeller is Jay Rockefeller.  Nancy Pelosi is married to a wealthy investment banker, as is Diane Feinstein and Maxine Waters.  John Kerry married a pickle widow and  is now a billionaire.  Harry Reid made his millions in a shady "favorable legislation for part of the action" Vegas real estate deals.  Caroline Kennedy, our Ambassador to Japan, could buy downtown Tokyo if she wished.  And, until three years ago when they got busted, Senators and Congressmen for years were legally able to trade on insider stock trading based on legislation they were passing...and many of them became rich beyond their wildest dreams.

And Hollywood is doing well.  Clooney and Bullock are making $20 million per film and Speilberg and the Hollywood elite even more.  And Hollywood knows even less about American hurt....German Shepherds and a small army of body guards keep them well sheltered in their obscenely expensive Bel Air and Beverly Hills mansions.

So all the Capitol boys and girls were just amazed at how unhappy Americans are.  They see unemployment at 6.2% and ignore the fact that millions of Americans are working two jobs, or have left the work force altogether, thus skewing employment numbers.  And no one knows how critically American wages are depressed by illegal Mexicans working for cash, or even how many American jobs are taken by illegals.  And it's been seven years since Americans have seen any increase in their buying power.  According to Yahoo Finance Editor Rick Newman 84% of U.S. counties have seen serious inflation eating away at their buying power, made worse by stagnant wages.

The same Wall Street Journal/NBC poll says 60% of Americans believe America is in serious decline.  The average net worth of the American family peaked in 2007 and has declined by 40% since Obama took office.  Home ownership has declined, and then on Friday, the American Banking Association says that 31% of Americans have no retirement savings at all.

And it's not just financial.  The world is aflame as America has retreated from a position of leadership.  Russia is now our foe, China can now buy and sell us, the Middle East is nothing but chaos and just this week United Nations officials marched into Detroit and demanded the local water company provide free water service to deadbeats because it's a human right....and no one in our government told those U.N. mafioso's to screw themselves.

So Congress goes on vacation for five weeks.  Joe will board Air Force 2 and fly to Delaware.  Barack and family are already packing their swim suits and summer reads, headed for a couple of weeks at Martha's Vinyard where at least part of family time will be spent planning their three week vacation in Hawaii come Christmas time.

Virtually all of our political leadership will return home and retreat to their gated communities, then venture out for carefully selected audiences for campaign rallies and stand on the podium and bluster about either how good we're doing or how bad we're doing...and not a damn one of them even has a clue about how bad America is hurting.

And all the pols will offer when they return in September are a couple of aspirin and a band aid.

And they wonder why we're a little grumpy.

I have an answer, strangely part of it is from joe -bad joke- biden: our elected disconnected govt. needs to go buy themselves a double barreled shotgun,instead of firing in the air, sit on it and pull the trigger with their big toe. To show their commitment to less than lethal rounds they could load it with rubber slugs, bean bag rounds or even rock salt.

Politicians love themselves too much to do that, Craig.

Yep, that's it, the World going to Hell in a handbasket! That is why I concentrate on my tomatoes!

Hey, Jerry, there's more to this world than girls! And I don't think our female readers would appreciate you calling them "tomatoes".