The Death of Testosterone 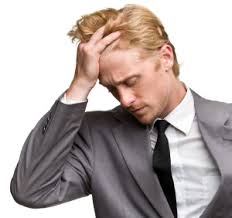 Note to Readers:  I just had to revive this one.  Last week we learned that men have evolved into cuddly teddy bears because of a steady decline in testosterone levels over the last 50,000 years.  A study published this week in Current Anthology reports on a study at the University of Utah where scientists study ancient skulls, some 50,000 years apart and were able to discern a dramatic drop in testosterone in modern man.

And I believe we've actually reached crisis stage on this, aided by libtard women hell bent on squeezing the last drop of manhood from the modern male.  I think we are worse off for it.  Now I'm waiting for them to study ancient and modern female skulls to see if today's woman man-eaters aren't developing higher levels of testosterones...and just when they will begin to have their testicles drop into a rapidly evolving ball sac.  Sad.

Men today are so damn gay, even when they're not.   Chalk that up to the death of testosterone in the American male.  Testosterone in American men began a slow and steady decline beginning about 1985, coincident with the explosive rise in the feminist movement.    Betty Friedan and Gloria Steinem wrote volumes on how all women are beautiful and all men are pigs, made fortunes doing it, turned a sizable number of women into lesbians, straight men into gays, and sounded the death knell for male masculinity.

Now, operating under the assumption that all women are beautiful and all men are pigs, the social modelers said something has to be done about this, lest this sexual war result in the extinction of the species.  (Men were still needed back then; now there are so many sperm banks and doctors who can whip up a DNA cocktail, even the male penis is no longer needed.  In fact, m'lady can now just walk into an adult store and buy one in a variety of colors, veined or not, that vibrates or plunges, or spurts, according to the lady's wishes.)

But back in the mid-eighties women had to tame these pigs in order to perpetuate the birth rate.  So they came up with their version of the ideal man;  he owned a penis but he had to demonstrate his feminine side to win her heart...or her bed.  He had to learn to diaper (changing and washing), clean house, do laundry, wash windows, handle her "delicates" gently, fold and put them in their proper drawer, and still assume his "manly" duties like yard work, washing the car, and fixing things that were broken.

Men, being the creatures of the flesh that they are, readily succumbed to these manipulations in order to secure a readily available sexual partner.  Achieving success in this manner only encouraged women to advance the feminization of men even further.  By the mid-nineties women began urging their males to buy sissy perfumes and colognes and skin moisturizers, get pedicures and manicures and have their eyebrows tweaked.

Soon male hair anywhere except on the head was verboten.  Soon the new age "Amazon Women" had their males getting Brazilian waxes and whole body waxes, ridding the male of chest, leg, arm, or penis hair, and soon all of America's penises were as bald as newborns and their bodies were as smooth as their female spouses.

After women had succeeded in domesticating the American male, after they had removed all traces of masculine features, they began working on his mind.  Pretty soon, it was no longer fashionable for men to stand up to a fight, speak roughly in beer halls and he had to develop a liking for alternative lifestyles, no matter how perverse.

Today there is no further need for male testosterone.  The Metro Sexual, with his fancy cosmetics, his chartreuse silk panties, his love for the most perverted of his fellow man, his acquiescence to corrupt politicians (liberals only please), his "hissy fits" supplanting the need to punch someone in the face, and his being all too willing to cry through a chick flick, or following a Pelosi speech, his partnership with "amazon woman" to stamp out McDonald kiddie meals, promote cross-dressing at work, ignore urban Black brutality by labeling it victimization, ban violence from pro football (there really is a crusade to force pro football to convert to little flags hanging about the waist), and close down breakfast cafes that emit the smell of frying bacon, has no need for testosterone.

And now, just in the last few years, "amazon women", lacking exposure to testosterone in any form, and fully charged up with a full bank of the woman hormone, felt a need, an itch to be scratched.  "Amazon Woman" craved some "slap and tickle", a little foray into the world of S&M, and male domination.  Their male spouses no longer capable of producing it, 'Amazon Woman" turned to "Amazon.com" and downloaded "50 Shades of Gray" and other books about swashbuckling pirates who had no qualms about tearing at her bodice and having their way with her.

Now "Amazon Woman" gives "Amazon.com" her business and reads of pirates and men with whips and chains all through the night....while hubby is making dinner and doing the laundry...and shaving his legs.

The terrible thing about this is that it's all true.

Makes me wanna celebrate my manliness with beer, beef, and some good ole fashioned brawling and balling! There was a time when men were men, gender roles weren't confusing, and this country was great. Hopefully we can reclaim the glory of days gone by.

The blurring of the genders is no accident. As a veteran, you and I know that there will be consequences in a combat situation. The progressives have diminished masculinity for political correctness, I want the meanest SOB possible watching my back in any dicey situation. Some females may meet the criteria, they are the exception, not the rule. When and where it will all end is anyones question to answer, I don't know. I think I will have steak and eggs for breakfast today and throw in a side order of 10p nails!

Nothin' like a cold beer to go with breakfast. need something to drink while cuein' up a steak.

Anon, the liberals pushed and pushed to admit women in the combat fields and they finally succeeded. And then they pushed for females into the intense stuff...like Navy Seals...and they are not doing well because of the physical demands. They even had to relax some of the requirements to keep their quest going. Sad.

Forgot to mention; if the libtards are serious about equal treatment for both sexes they'll amend the Selective Service Law and mandate that women must register at 18, just as the males are required to do.

Only waiting 33 years for that to happen. In 1981 this "gender discrepancy" was challenged in the Supreme Court and they ruled that drafting men and excluding women was just fine. I say Bullshit..if women want equal treatment then accept the same level of responsibility.