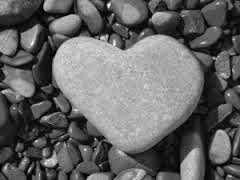 Yesterday I wrote a personal tribute to Robin Williams.  While I had many good-hearted people who were equally saddened by Robin's death, I was shocked and hurt that some of you chose to brand Robin a coward, owning not an ounce of compassion for someone who was battling his demons..and lost.

I saw many equally unsympathetic responses to Robin's death across many message boards over the last couple of days.  "Coward" was the favorite word.  Amazingly, some of the same people who give our soldier's a little slack for having PTSD,  offer none for a civilian fighting their own personal battles.

This is not the first time I've seen members of the conservative community inflict shock and hurt.  A few months ago someone in Congress proposed that young illegal "dreamers" be given a chance to win their citizenship by serving four years in our military service.  Well, you would have thought the world was coming to an end as the right wing chicken hawk fanatics (who've never served a day in the military) took exception to that idea.  So, I posted my own thoughts on a Facebook page of a group who were urging the killing of this bill.  And, as I said, since only 1 percent of Americans ever choose to serve these days, this great ire was coming from folks who have no clue about what military service is all about.   They had no clue about the amount of personal sacrifice is involved in even on four year tour.

Well, I was pilloried all over that site.  My 22 years of military service held no coin for these people..they were dead set against allowing "filthy Mexicans" to serve our country.   I, on other hand have learned that most folks come out of the military with a greater sense of love and loyalty for their country, a better understanding of our rich ethnicity, and have learned to put self a notch below your brotherhood...a trait that makes one a better member of their community as well.  But that radical right onslaught of my view was savage indeed.  That was the first time I began to realize that I have to be extra cautious about who I hang with.

So yesterday I was equally hurt by folks so totally incapable of understanding that chronic depression is a medical condition, and sometimes their demons drive them to suicide.  And what do I think of suicide?  I was raised to believe, and still do believe that suicide is a sin, that it's a rejection of life..that it is the spitting in the face of our creator.

But I also know that suicide is not always a personal choice...that sometimes it is driven by a medically derived chronic condition.  And I also know that those who have suffered for years with this condition are damn sure not cowards!

I know this from my heart.  I know it from personal experience.  Most of you old timers will know that each May 1st I publish my annual "Happy Birthday, Johnboy", a tribute to my son who has passed.  What I have never revealed is that my son was also clinically depressed and that he took his own life, in the same manner Robin Williams did last Sunday night.

I will not entertain anyone here with the many efforts my family and I made to save our son.  Suffice it to say that our efforts were legion.  Of even greater sorrow was the even greater effort our son made to try and save himself.  I'm sorry but when I see folks using the word coward to describe these poor souls I just want to punch someone in the mouth.   The last nine months of my son's life were filled with his massive offering of love to all of us....with his struggles every hour of every day to persevere...to try and save himself.  Sadly, just when we thought the battle was won, the demons came one dark night and carried him away from us.

Our son's passing left a huge hole in our life.  Our days have never been what they were before.  Even now we ache with sorrow and regret.

But I can say with great assurance that my son is in heaven.  God did not call him a coward.  Instead, He hauled my Johnboy up in his arms and soothed him and praised him for fighting his demons for so very long....and said "rest now, my son, for you are loved".

Yes, Extra cautious with whom we hang out, that is for sure. I am so very sorry about your son. I am sure it was a long and terrifying battle.
I hate self righteous people who are quick to lay blame and criticize. Most couldn't walk a block in other's shoes and have no empathy at all. Yes, my God is loving, forgiving and full of compassion.
I look towards the gifts Robin Williams gave us, the laughter and when we allowed, the tears and even self reflection. I am so sorry the he, your son, and others struggle with a disease we are so reluctant to accept and fail to understand. Happy that they were alive to touch us and love us while they were able.
I am sorry, very sorry, for your loss, my friend.

Craig, I guess I'll say that folks are too damned self assured about what they think they can beat...sometimes you can and sometimes you can't. And any judgement about that has to depend on each individual's effort.

Thanks for your kind words, Jerry. If I could have picked up my son's burden and put it on my back, I would have...no matter how heavy....because watching him try to bear it was ever so much harder.

Their would have been heartbreak at any time of his journey but it was especially heartbreaking because we thought he had finally got it control, that he was finally beginning to emerge from the dark and begin his life anew. It was not to be....but, yes, my God too is a merciful one and he's taking very good care of my son.

And when I cross over myself it will be my son who first awaits to embrace me and bring me safely over.

I too am saddened by the loss of "Mork" and your son. I've had many chances to be with people who suffered from depression and even once about two years ago had a two day battle with it myself(I was 64). Suffice it to say even for two days, it was Hell. I can't imagine living my life feeling that way. So, if people aren't lucky enough to experience and thus understand what it's about, then they should keep their mouths shut. Nobody aspires to suffer depression as people don;t aspire to have cancer. Compassion and understanding is what being a good Human being is all about...

Thanks for your understanding and kind words, Frank. I too went through a couple of bouts with depression; the first being PTSD after Vietnam when no one knew what to call it then. The second bout was after my lung cancer surgery and during the six months of chemotherapy.

But I was lucky...I was able to pull out of it. After the loss of my son I learned more than I wanted to know about the kind of chronic depression that debilitates...the kind that has the capacity to rob every ounce of joy from life.

I'm glad you are well now.

Personally, I don't care for the use of the term "dreamers", but in this context I suppose it really belongs. I, too liked the idea of serving your country to earn your green card, but only for the illegal not the whole family. First, joining our armed forces in time of war is a brave thing. Then serving and fighting, well, Brave again! Then when your time is up you come home. In some cases only most of you gets to come home, parts of your body laying near some cavity in the earth created by an IED. Injured or not many of our soldiers injuries cannot be seen, they have seen things even George Romero of "Night of the Living Dead" fame couldn't dream of, leaving unseen scars manifested in horrible memories and/or dreams that go on the rest of their lives; THEY ARE DEPRESSED! The incidence of suicide among newly returned or active military are staggering. One every 65 minutes according to Forbes. Now I challenge unfeeling folks to say those men and women are the selfish cowards!

That's only one brand of depression, too. It seems the doctors don't know as much as they would like on the subject either. Suffice it to say, it is real, it is prevalent and seems to be getting worse as our country continues to head down the wrong path, but the good news is, it's preventable. Medication, prayer, group therapy, etc., etc.. Suicide is so sad. To many people whom I cared a great deal for have taken their own lives and it is just baffling to me. I've spent so much time trying to understand why and never could. If ever anyone comes across an individual who is showing the signs, please help them, give them a hand up. To turn your back on another human being in such need is by far the most cowardly thing you can do and to call a person in such horrible pain who turns to suicide as a solution a coward is despicable. Sadly, along with all other things wrong with the good ole USofA now days, is the horrible selfishness. Give of yourself to another, it feels damn good when your done and you just might have saved a life and it can happen in only a couple of minutes time!! Miraculous...

Mr. Scribbler, you've talked of your son but never to this extent. I am so sorry for your loss. You have taken some mighty big hits in your life, yet you do pick up and move on. You've mentioned your depression before, and living with that makes the moving on that much more difficult, I'm glad you have the strength to move on. I think you've also said it runs in the family so you already know that the illness is hereditary. A fact missed by our compassionate conservative brethren. I, too, was hurt by conversations yesterday with people I really thought I knew saying the same stupid things you mention here. I was very shocked to hear of Robin Williams choice of method. Hanging sounds as though it would be so painful. A choice I would think a person of means would avoid. Making it even more confusing to me. I had better stop, I'm being extraordinarily long winded today. Thanks for your letting me go on and on here. Again, my prayers will go out to you, your family and your son.

Thanks, Ken. As far as my depression is concerned it was always an event driven thing; not the same kind my son endured. As far as I know it is not hereditary as I don't know anyone else in my family who suffered from it.

God bless you. I agree. There are too many people on both sides that refuse to use common sense and think outside the box of what their media/family/coworkers/etc tell them they should think.

Thanks, Jilly...nice to hear from you. Bless you.