Burger King; Having It Their Way 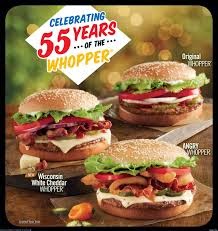 I really like National Public Radio....and I like Public Television too.  They are the only source I've found that is willing to spend the time to discuss an issue in detail.  Yes, I know that 90 percent of the time they are championing liberal causes, but at least they are talking about it!

So, as most of you know Burger King is planning to leave the U.S. for Canada.  The King is telling Prince Obama that he's had enough of America's 35% corporate tax rate and find Canada's 15% tax rates far more friendly for the corporate bottom line.

So yesterday NPR spent a good 15 minutes talking about Burger King's imminent departure.  Except at no time were the moderators giving credence to Burger King's corporate position.  Instead they chewed on the numbers, lamenting the fact that a Burger King move to Canada simply illustrated the current state of corporate greed.

For instance, while Burger King will still pay a 35%corporate taxes for all U.S. operations, they will  pay only a 15% tax rate on their international operations, including Canada.  Further, Burger King corporate can now loan money to their U.S. based partners, allowing their American brothers to write interest expense off of their U.S. taxes, even as they record that interest income in Canada and pay a mere 15% on all the extra moo la.

Well, our liberal hosts on NPR were up in arms about this.  While they never discussed the inequity of the tax disparity between U.S. 35% corporate taxes and the 15% that every other industrialized nation is charging their corporate residents, they were burned over Burger King desertion of Obama's tax greedy America.

You could almost hear the NPR hand wringing over this development.  Our NPR masters were speculating on how many Americans would turn away from Burger King and not buy the Whopper!
At this, I began laughing out loud.

Earth to NPR; liberals don't buy Whoppers!  Liberals eat Chipotle Mexican Grill and wash it down with $7 dollar Starbucks lattes!   Again, Earth to NPR; the average America Joe could give a shit less where Burger King corporate lives....as long as they can still buy Whoppers, 2 for $5!

But at least NPR was talking about it!

P.S.  I owned ten shares of Jack in The Box stock for quite awhile.  About five years ago I saw a Jack in the Box restaurant going up right next door to an In N Out Burger franchise....couldn't believe my eyes!  I hurried home and immediately put in a sell order on my Jack in the Box stock!  I figured that if Jack Corporate, and their franchise owners were stupid enough to think a microwave hamburg could go head to head with a hamburger fresh off the grill, then Jack was in big trouble.  I was right...that Jack in the Box franchise went belly up....Starbucks came in and took over the building, slapped some brown paint on the outside and installed a Starbucks logo...and they're doing good business.

Getting  back to Burger King.  The Obama Administration, upon hearing of Burger King's move to Canada, again threatened to punish American companies who weren't patriotic enough to pay 35% corporate tax rates while paying for Obamacare for their hundreds of thousands of employees.  Well, Burger King corporate issued a statement that directly slammed Obama.  Already pissed off by Obama's attempt to make them pay $10.10 an hour for Burger King franchise employees on military bases, the gist of their press release was "IF YOU THINK YOU CAN STOP US FROM MOVING, GO AHEAD.... MAKE OUR DAY!"

When will that socialist ever learn?
Posted by A Modest Scribler at 2:00 AM

What will obummer do?Send National Guard troops to the northern border?Hopefully the complete story of why BK Lounge is moving will make the news. Jack in the Crack might make some bad location decisions, nothing else will do when you have a craving for their greasy .99 tacos.

Craig, that's about the third time in recent weeks I've heard someone praise Jack's 2 for .99 cents tacos. Buddy, those are just gross; a table spoon of mystery meat, a slice of American cheese for God's sake, and just dripping with grease!

You better bone up on all those cholesterol meds cause you're gonna need them! :)

Yeah, moving to a country with Lower Taxes And Government Provided Health Care! Hard to believe.

Not really, Jerry. They'll fly down to the U.S. for the best medical attention, just as tens of thousands of Canadians now do.

That is, if Obama has destroyed our medical system by then.

Where to begin.... 1) There is no duty (ethical, moral, or legal) to maximize your tax bill (whether individual or corporate). Tax evasion is a crime. Tax avoidance, employing the tax laws passed by Congress, is completely legal; 2) The mindset of the libs, where government passes an edict and the people meekly comply, has once again proven a fallacy - government acts, the people react and the lib/dim pols are furious. BK is a corporation worth hundreds of millions of dollars and they have stockholders that rightly expect competent corporate governance. NOT doing what BK is doing is grounds to remove the directors; 3) Finally, remember that every law, regulation, and restriction front he federal government has been signed off by Congress and the President. As one guy smarter than me said: "If it's all screwed up, it's because the pols want it that way." Using the federal tax code to foster/punish behavior, rather than simply raising revenue, breeds this activity. Good for BK!

And, Randy, you never hear of a single liberal who sends an extra check to the IRS because they think they aren't paying enough. The opposite is true.