The Vegas Tragedy; First Skirmishes In The Second Civil War 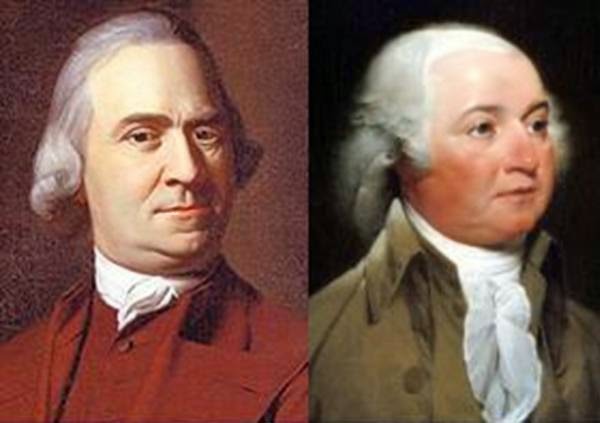 The tragedy that occurred on Sunday in Las Vegas, committed by a couple of right wing nut jobs,  was, like the Clive Bundy fiasco, simply another skirmish among many in the initial stages of America's  impending 2nd Civil War.

I refuse to regurgitate everything I wrote about this earlier; for those of you who have not read my blog essays on the coming 2nd Civil War, I urge you to use the search block here and call up "2nd Civil War" to read what I have said about it previously.

Suffice it to say that the scenario I predicted, as the 2nd Civil War begins in the earliest stages, will come from the 'fringe elements" from both left and right; those people who, through blind ignorance, can find no way to mentally resolve national change that goes against their own personal moral grain.  So the right wing fringe acts illogically and the left wing fringe pushes back in a similarly illogical way.

Then, as these two fringe elements begin to war with each other, as their numbers swell to sufficient proportion to inflict cultural chaos, a search for resolution begins by larger and larger numbers to support or oppose a national solution.  It is at this point when the broader citizenry begin to take sides and further expands the cultural divisions.  Soon there is enough hostility on both sides and the warring factions set the pot to boiling.

Still think this can't happen?  Well, first, I urge you to read my scenario in full.  Secondly, there is ample historical precedent for my theory.  You might study the case of John Adams and his cousin Samuel.  John Adams proved to be the most fiery proponent of independence from Britain.  But he didn't start out that way.  If you've studied your history it was cousin Samuel who was the wild eyed firebrand who just ached to wage war with authority, who fomented rebellion in the streets of Boston. And it was Thomas Paine, whose missal Common Sense that lit a fire in the revolutionaries.  In 1774 and 1775 there were far more colonists in favor of mediation than those who lusted for a violent solution.

Find that same evolution of rebellion in the first stages of the Civil War, of the American Labor Movement, of the Socialist movement in the early 20th century, of rabid anti-communism of the McCarthy era....these movements all began with hot-headed firebrands that led the way.

So am I assigning some measure of heroism to these Sunday morning Las Vegas murderers?  Am I championing that Bundy Brigade that drew anti-government militia out there in the Nevada desert?
Of course not...I'm just telling it like it is...that this nation is on a path to Civil War...a war that is inevitable with divisive leaders like Obama and the liberal ilk who propose to inject the heavy hand of government into every phase of your life, who mock those who still espouse a belief in traditional values, taught to us by The Greatest Generation...values that we are not willing to surrender to political and cultural "correctness".

Until we again have a leader who seeks to unite us, who preaches respect for opposing points of view, who champions personal liberty above political ambition, who values principle, hard work, individual achievement, the sanctity of our borders, who honors our Constitution, who judges us by character and not the color of our white skin, then we will remain perilously close to the edge of civil war.

So get used to it, folks.  Get used to increased savagery.  Get used to more militia activity, and right and left wing hate and violence.  And if you wish to assure that a 2nd Civil War comes about, just keep sitting on your apathetic ass when election time comes around.  These differences can be settled peacefully at the ballot box, or violently in the streets of America.

Samuel Adams was not even remotely like the idiots who shot the policemen in Vegas. All societies have crazy people. It is just easier for them to get guns in ours.
God forbid that I could be swayed by the loony from the left or the "wingnuts" from the right.
I think Business and corporate America has found a method of controlling society. As long as we have mortgages and credit card bills to pay there will be no revolution. In order to have a revolution you need to have nothing to lose. It is not going well in Aleppo and they don't even have car payments! We like to bitch and moan but find it easier to stay on the couch and watch from a distance. Heck, we can't even get 30% to vote in an off year! It is not like we give a shit.

Re, "Samuel Adams was not even remotely like the idiots who the shot the policemen in Vegas".....well, Jerry, I guess you're the type that would have actually had to be wearing those red coats when Adams had Boston so stirred up that the citizen stoning which incited the "Boston Massacre", was an acceptable act.

Or perhaps you would prefer old Samuel's stirring sufficient crowd anger so that bathing English sympathizers with hot tar was the thing to do.

And I might remind you that over 50% of the colonists were fat and dumb, if not happy, and a bloody revolution still occurred.

It must be very comforting to embrace the notion that America will just continue to endure a socialist dictatorship as more and more of their personal liberties are threatened...and by the way, when you use that old "corporate enslavement" saw you're standing on weak ground...we are already perilously close to not being able to keep the populace drunk on comfortable opulence. We are simply running out of money to keep them drugged up.

Ignore the warnings at your own peril.

Sam Adams would puke if he were mentioned in the same breath as the assholes who shot the cops! Are you thinking that every Ambien riddled brain is the beginning of this revolution? oh, please! I want leaders who can at least read a book.

Oh my, Jerry...you've found an old teetering and frail hat rack to hang your Tricorne on today. You're only able to keep that old hat rack upright by ignoring completely my repudiation of those Vegas murderers.

And you have so willingly allowed the 250 years since old Samuel walked the Boston Common to smooth out all of old Sam's rough edges. I've often said that I find it ironic that liberals absolutely adore revolutionaries, but only if they support the liberal causes...or are long dead.

So dense is the thinking of liberals that they will hold an annual Jefferson Day, claim him as their own, even as history has shown Jefferson despised the heavy hand of government; something that liberals embrace with a passion.

And you seem no different. In your earlier response you cite the evil of the corporate and not once mention the heavy hand of big government

It was Jefferson who said that "the tree of liberty must be refreshed by the fresh blood of patriots and tyrants"...and he wasn't kidding.

Jerry, you need to take a long walk back into the pages of history...take a good look at savagery of old Sam's times...it wasn't pretty, and there were fringe elements who went far beyond the limitations of the "order of battle" to achieve their goals. You would do well to recognize that human behavior is little changed so denying the possibility of revolution all over again is both naive and dangerous.

If you fall into that trap you are as guilty as those apathetic 70% who fail to vote.

Go tend to your, no doubt, fine crop of tomatoes, go do some metal working in your workshop if you will, but don't try to shape my essay into an effort to promote cold blooded murder.

I see the American landscape with eyes wide open, not condoning the savagery but, instead, sounding the alarm. If we fail to resolve our differences at the ballot box we will surely solve them on the mean streets of America, no matter how ugly it is.