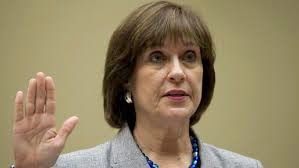 This letter brings promising news concerning the Internal Revenue Service's tragic loss of your email account.   You may be happy to hear that I have saved all emails which you and I exchanged during the period of 2011 through 2013.

Though I don't expect you to remember me,  I wrote you a letter in early 2011 asking you to declare any blog donations and/or advertising revenue I receive to be declared tax exempt since I am a one-man political organization with the organizational mission to promote transparency in government.

If you will pull up my 2011 and 2012 tax returns you will see that I declared $13.47 in advertising income through my Amazon Associates Program.  Whenever a reader clicks on an Amazon ad and opts to purchase any item at Amazon I receive a 1% commission on the sale.  As you know, I applied for a 527 Tax Exempt Political Organization Account and was denied by the IRS agent who reviewed my account.  Not one to give up easy, I again applied for 527 status in 2012 and was again denied on 2012 blog income of $14.33 .

It was at that time that I wrote you and asked you to review IRS procedures for declaring a political organization as tax exempt.  Your response was quite terse as you refused to accept my one man organization for tax exempt political status.  Further, you commented that you had read several of my blog entries and found them to be, in your words "not politically correct".

My second letter to you protested your characterization of my blog as politically incorrect; I said then that, while it may have not been PC, it was certainly accurate and correct with the facts.  I also said that I was beginning to suspect the taint of politics within the IRS organization, which, if true, was a blatant violation of constitution protections.

Your follow up letter (all of these via email by the way), accused me of being a member of the Tea Party or, at minimum a potential candidate for one of those Idaho militia organizations.  You then warned me that you were turning all of my tax returns over to Eric Holder at the Justice Department and asked him to investigate "certain and specific" income reporting over the last seven years.

I sent you a follow up email letter stating that the only thing I knew about Idaho was that they produce great potatoes and paper products.  I further stated that Eric was more than welcome to investigate my lifestyle as it pertains to income and deduction tax reporting.  As to the $13.47 of blog income in 2011 I used those funds to buy a 3-pound can of Kirkland Coffee at Costco which fueled my late night blog writing.  The $14.33 taken in from 2012 went toward paying part of the local sales tax on my Apple I-Mac purchase after my last PC crashed.

The last letter I received was from the Justice Department.  They said you had referred them to me and that they were going to pass my address to a Mexican drug cartel anxious to do them favors in appreciation for a recent automatic weapon exchange.  Justice also promised to deploy billy club-wielding Black thugs to my local voting station here in Sun City if I did not cease and desist from bugging you about being granted 527 status.

You may not know, but I wrote you again back around Christmas of 2013.  I don't know if you got it because I never heard back from you.  That was about the time you were pleading the 5th before a Congressional committee.   You may as well know that I again applied for 527 status in 2013.  I had high hopes of getting it since President Obama said only the Cincinnati office was "dirty" and this time I sent my application to your Fresno, California IRS center.

Well, yesterday I got a letter back from the Fresno IRS; they denied my 527 application and accused me of fleeing California to Arizona for the sole purpose of California state tax avoidance.  They also stated that, since I have blog readers in the state of California I'm required to pay a California sales tax on that blog income.  I sent them the entire $3.37 I made from my blog in 2013 and am hoping that makes them happy.

Please let IRS know that I have at least some of the IRS correspondence that was lost.  If any of these emails can help get at the truth of the IRS charges on politics persecution, please let me know and I'll forward it to them post haste.

Ha, you will be investigated thoroughly! and there will be penalties. You may hide out in my tomato garden when they come to get you!

Jerry, when I was a kid all I need was a salt shaker and a tomato garden and i was in culinary heaven.

Your tomato garden would be greatly at risk! :)

You'd need more than a tomato garden to hid in! They'll look EVERYWHERE for you! LOL.....all joking aside, my husband & I were audited in 2008. I didn't want to travel into Phoenix so I invited the IRS agent to my home. My accountant was practically hysterical about it but I didn't mind. I had NOTHING to hide! Sure, we made a ton of money over the years in real estate, however, we lost a ton as well. Everything in my house & garage were paid for & all income was claimed. He couldn't find crap so he audited another year. Nothing. Another year. I had every receipt for ever repair in every house! haha....I keep GOOD records!! ;-)

Good for you, Carol. I don't think I would ever get audited because my income is so pitiful they wouldn't be able to squeeze an extra nickel out of me.

Todays blog was funny, unfortunately scary to. But more important, you brought up a blast from the past, salt shaker and tomato's, god I miss those days.

Thanks, Brian...and if I can get my early girl tomatoes to finally ripen in this intense heat I'll take my salt shake out there and have one! :)

Dawn Wells (Mary Ann) has a video on youtube on how to peel an Idaho potato,she still looks good.As humorous as todays blog was, how much of it has bits of truth woven in? There are probably a lot of folks that have copies of the "lost" emails if every one sent them to the investigators and media, how would they explain losing them again?

As a teen it was always Mary Ann over Ginger, Craig...;)

No doubt folks could tell some IRS stories far stranger than my fiction.