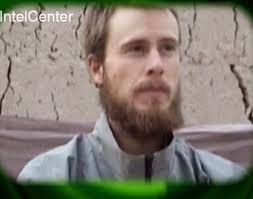 Time and time and time again Barack Hussein Obama has shown a knack for doing as much harm to America as he can possibly cause.  Nowhere is that more telling than what he had done to our military.  Seemingly he hates the military because it is the last standing, enduring institution whose destruction will literally assure Barack's construction of a socialist nation.

Whether it's gays in the military, the firing of some 300 senior military officers who didn't agree with him, Benghazi, ordering military Chaplains to marry gays, even if it conflicts with religious principle, denying our troops in Afghanistan hot meals, or driving fast food businesses off of military bases, Obama has been front and center of the action.

Then this weekend we learned that Obama has released five of the Talibans most dangerous criminals in trade for a soldier who clearly hated the military, most probably deserted his post, and wound up in the hands of the Taliban.

Not only did Obama violate the decades old policy of not negotiating with terrorists, but he violated his constitutional duties by not submitting a 30 day advanced request to Congress before releasing any terrorist prisoner.

And these terrorists were not small time.  One of the five released was the Vice Defense Minister of the Taliban.  And what did we get in return?  Let's just read the last email Bowe Bergdahl sent to his parents before he deserted his military post:

On June 27, 2009, according to Rolling Stone,[17] Bowe sent a final e-mai­l to his parents: "The future is too good to waste on lies. And life is way too short to care for the damnation of others, as well as to spend it helping fools with their ideas that are wrong. I have seen their ideas and I am ashamed to even be american. The horror of the self-righteous arrogance that they thrive in. It is all revolting."
His email went on to describe his disillusionment in the army: "In the US army you are cut down for being honest... but if you are a conceited brown nosing shit bag you will be allowed to do what ever you want, and you will be handed your higher rank... The system is wrong. I am ashamed to be an american. And the title of US soldier is just the lie of fools...I am sorry for everything here. These people need help, yet what they get is the most conceited country in the world telling them that they are nothing and that they are stupid, that they have no idea how to live. We don't even care when we hear each other talk about running their children down in the dirt streets with our armored trucks... We make fun of them in front of their faces, and laugh at them for not understanding we are insulting them...I am sorry for everything. The horror that is america is disgusting...There are a few more boxes coming to you guys. Feel free to open them, and use them."
Apparently Bergdahl was a nut case even before he joined the military.  He didn't finish high school...choosing to pursue martial arts, before doing a "180" and switching to ballet.  Then, having never established a solid moral foundation in his own life, decided to be a "peace-nik" and lend his sympathies to militant Muslims.

Now Obama is striving mightily to portray this empty headed dickhead as a hero.  BHO even co-opted the military's code that "we leave no one behind".  Bullshit!  That code is for the battlefield.  We've had prisoners of war for a century but we didn't surrender our pride and principle and we didn't grovel before our enemies to affect their release.

And, as with everything Obama does, there are unintended (or perhaps not!) consequences from negotiating with terrorists.  Our troops in Afghanistan, and our diplomats around the world, will be prime targets for kidnapping and torture so that they can be used as pawns to get more brutal killers at Guantanamo out of prison.

A veteran has to wait 30 or more days for a doctors appointment = impeach Obama.

An American soldier is held hostage and Obama didn't wait 30 or more days to get him released = impeach Obama.

Note to readers: I just received a comment from a libtard that equates Obama "saving" an Army deserter as something magnificent....he then goes on to say that a sniveling vet who has to wait for an appointment for 30 days is being unfair to Obama.

Well, all I can say to the libtard is that it was far longer than "30" days to get an appointment...it was six months..and sometimes never...at least 40 of them died trying to see a VA doctor.

the only "sniveling" I see are these idiotic kool aid drinking libtards for whom Obama can do no wrong.

President Barack Obama called the release of Army Sgt. Bowe Bergdahl after five years' captivity in Afghanistan "a reminder of America’s unwavering commitment to leave no man or woman in uniform behind on the battlefield," but some of his fellow soldiers are continuing to claim he deserted his post in 2009.

Javier Ortiz, for one. The Army combat medic told the Washington Post he believes Bergdahl should be tried for desertion. Former Sgt. Matt Vierkant, a member of Bergdahl's platoon when he went missing, told CNN, "Bowe Bergdahl deserted during a time of war and his fellow Americans lost their lives searching for him."

And Nathan Bradley Bethea, who served with Bergdahl, wrote that he "was a deserter, and soldiers from his own unit died trying to track him down" in a recent column for the Daily Beast.

Bergdahl was exchanged for five Taliban prisoners from Guantanamo Bay, Cuba, on Saturday, after months of negotiation led by the government of Qatar. Republicans, among them specifically Sen. John McCain, questioned whether the U.S. got the best of that deal, referring to the former Gitmo detainees as the "hardest of the hard core."

The circumstances surrounding Bergdahl's capture have been murky for years. Some reports said he was captured while sitting on a makeshift latrine. Others said Bergdahl simply left his post and never returned.
There are also reports of emails Bergdahl sent to his parents before he was captured that express his disillusionment with America's presence in Afghanistan, and that he was considering deserting. Those emails were published by Rolling Stone in 2012, but could not be authenticated by the Associated Press, according to CBS News.
CNN reports that at least six soldiers lost their lives while searching for Bergdahl.

While speaking to reporters on Sunday, Defense Secretary Chuck Hagel declined to comment on whether the military would pursue any disciplinary actions against Bergdahl.

"Our first priority is assuring his well-being and his health and getting him reunited with his family," Hagel said. "Other circumstances that may develop and questions — those will be dealt with later."

Editor's Note: Bergdahl will never be tried for desertion because to do so make's Obama's giving up terrorists in exchange for that piece of shit look bad.

Even though it probably won't do any good, I hope everyone signs the petition:
https://petitions.whitehouse.gov/petition/punish-bowe-bergdahl-being-awol-desertion-during-operation-enduring-freedom/BVPwpnrN