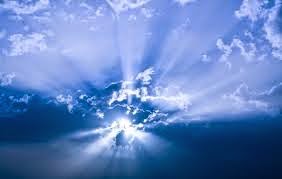 I know I'm not the "turn the other cheek" kind of guy, and I know I'm not on your prime dinner list, but if you could see your way to hearing me out, I'd really appreciate it.

At my age I suppose it's silly to be looking at a three year calendar...but not knowing when my time here is done, I've taken the luxury of assuming I'll be around for awhile longer.  Only you know when my time is done, but if I might, I'd like to stick around a couple of more years if I could.

You see, I've got November 4th, 2014 penciled in on my calendar.  That's the day America turns out for mid-term elections.  As you know, I've been doing a lot of praying that your liberal children will be turned out of office and some manner of stasis is restored in this country.  No, I don't think the Republicans are very much better, but at this point lord, I'd settle for anything that will put a halt to Obama's running roughshod over the American people.

I'm weary and I'm fearful lord.  I never know what that socialist anarchist is going to come out with next.  Had someone told me even a few weeks ago that Obama would release five deadly terrorists in exchange for an army deserter, I would not have believed it, even from Obama.

But he just keeps coming up with these executive orders and "royal mandates" and he's got most of us spinning like tops trying to figure out where he's trying to take us.  So, if we can just seize control of both houses of Congress maybe, collectively there will be enough opposition to either impeach him, or at least neuter him.

This brings me to my second point, God.  I would really like to stay around until November, 2016...that is, unless you're going to allow Hillary Clinton to assume the Presidency.  If you do that feel free to take me early.

You see, Lord, nothing would give me more pleasure than seeing Barack Hussein Obama, and his Chicago mafia, filing out of the White House on 20 January 2017.  We could go in and fumigate it really good, use a few gallons of Lysol to air out the scent of Rap Artists and the immoral Hollywood riffraff and open up all the windows and doors and infuse the people's house with the fresh air of freedom and fairness.

We could scrap Michelle's broccoli and chive garden and plant some Idaho potatoes and sweet Georgia onions and maybe the next President will even host a hamburger and brat cookout on the 4th of July.

The White House might once again host an Easter Service and fore go the annual Muslim Ramadan dinner that Obama has hosted each year since he took office.  And maybe Billy Graham would be welcomed back and maybe the new President will host a dinner to honor Condoleeza Rice and Dr. Ben Carson and other fine Americans.

And God, you're surely aware of this; if there's any hope left for America you've got to shine your light on leaders who seek to unite us, and not divide us, not demonize one sector of our society while favoring others.  Who would have thought a Black President would set race relations back 50 years?

And if you've been minding your P's and Q's God, you are surely aware that "ole 666" has done his best to drive religion from our national institutions.  He's browbeaten chaplains into performing gay weddings when their moral principles are totally against it.  He has dismissed over 300 senior military officers who opposed his dismantling of our military.  He's forced churches to provide health care plans that finance abortions.  He's appointed an army of liberal judges who are now tyrannical in support of liberal causes.

Well, you know all this, God.  You know how far we've travelled down the slippery slope in the last few years.

So, if it's not too much to ask, just give me two years and seven months so I can watch (pardon me, lord) that socialist son of a bitch hop on his last paid taxpayer flight on a one-way trip back to Chicago.  Then he can golf to his heart's content, enrich himself beyond his wildest dreams by writing political fiction about his being one of the four greatest Presidents, and doing what he does best; standing on the speaker's dais and speaking pretty words to a mob of liberals dining on broccoli and brown rice.

Okay, folks, other than my 4th of July blog I'll be away for a week or so...unless something terribly good or terribly bad occurs that is worthy of comment.  I've got about a thousand of these blogs so surely you have enough reading material for a few days.  See ya soon!
Posted by A Modest Scribler at 2:00 AM

Have a great time off! Relax cue up some good food and enjoy!

Excellent read, as usual. Enjoy your week and be safe!

I'm with you one htis brother, it just can't happen soon enough. Enjoy your R&R.

Have a great 4th and thank you for your past service! I hope we both live to see the day where Americans start to make the right choices again and not continue down the wrong path (aka electing Hillary). Enjoy the rest!

Since you loath the liberals, I believe you'll enjoy this gem

"A Liberal Paradise would be a place where everybody has guaranteed employment, free comprehensive healthcare,
free education, free food, free housing, free clothing, free utilities;
and only Law Enforcement has guns.
Such a place does exist.

Thanks, Steve. Your words are cogent and heartbreaking at the same time.