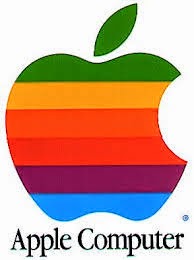 How many of you know that Apple is an Irish corporation?  Yep, the largest capitalization company in America (it volleys back and forth with Exxon) takes residence in Ireland.  While Apple boasts of their headquarters in Cupertino, California that's not where they keep their money.  Why?, you ask.

Well Ireland taxes Apple's earnings at 10%, just as they do for any company that agrees to manufacture in that country.  The U.S. corporate tax rate is 35%, and while they do grab their share of Apple's $60 billion in U.S. based revenue, Apple keeps their tens of  billions in cash in Irish banks and shelters their bigger world wide income from U.S. taxes.

And get this:  A month ago Apple, despite having hundreds of billions of dollars in cash, took out a $12 billion dollar loan to finance some of their recent acquisitions.  Why did they borrow that $12 billon?  Why did it make sense to Apple?  Because if Apple were to bring their cash back to the U.S., they would pay that 35% corporate tax on it!  So, as prime borrowers, they floated a loan at 3% and left their money over in Ireland!  Asset savings?: 32%!  Well why the hell not, huh?  Get out your calculator and figure out 35% of $12 billion!

And don't you dare tell these companies that if they don't like U.S. corporate tax rates to pack their bags....cause they can..and they will!  Our American based manufacturing companies simply cannot compete globally if they have to pay 20% higher taxes than their foreign competitors!  That's why they move so much of their operations overseas!

Apple has said repeatedly that they would love to have all their manufacturing in America.  The late Steve Jobs rather rudely told Obama that during a corporate dinner in Silicon Valley a few years ago. He asked Obama why his administration was not willing to bring the U.S. corporate tax rate in alignment with the rest of the industrialized world, the average being 15%, even in Socialist Europe.
Obama had no answer and the next day showed up at UC Berkley to give a speech demonizing big business and "fat cats".

Take the second largest company in America; Exxon.  They too generate hundreds of billions of dollars in revenue, and they too park or shelter most of their money overseas!  Exxon realized $32 billion dollars in profits last year.

And this is just the two biggest companies, folks!  IBM, Hewlett Packard, Cisco Systems, Caterpillar, the list goes on...by the thousands, companies who all have the best trained tax lawyers in the world, head and shoulders smarter than government tax lawyers!

Now try to imagine the liberal politicians in Washington gaining, oh say 20 points on their IQ and being able to figure out that, if we lower the corporate tax rate we can do a lot of good things for America and her citizens.  We will realize more than a one hundred percent gain in corporate taxes, we will create jobs for millions of Americans, who will also pay higher income taxes and generate even more federal revenue!  In creating those jobs, and in generating all that new revenue, we will be able to pay out less in government benefits in the form of unemployment, food stamps and welfare!

But let's put all this in language liberals like best!  A 15% corporate tax on just Apple and Exxon worldwide income would pay for the entire cost of the federal food stamp program!  Caterpillar taxes on their global income alone would pay for our annual expenditures to repair our roads and bridges!  And if that doesn't grab you, how about this?...Forbes just reported that American companies have parked over $2 trillion dollars, LEGALLY, overseas.  These are not secret Swiss bank accounts, simply profits generated by American enterprise.
Would anyone like to take a guess on what 2 trillion dollars would do if infused into the American economy?

So why won't liberal politicians vote for a 15 percent corporate tax?  Because, folks, it won't win them votes from their liberal constituencies!  And it might cost them votes!

There is a small ray of hope...for a very small part of corporate tax reform.  The Democrats, and yes, Harry Reid, so desperate for more federal program money, is considering giving a one-time tax holiday to bring back that 2 trillion dollars parked overseas.  A proposal is being considered at this time.  That will not bring down the corporate tax rate, it will not create any new jobs and it will not bring American companies from claiming domicile in Ireland or Spain or the United Kingdom or Germany.  It is simply the first small gesture of recognition that we are driving American companies, with their wealth and their jobs, too damn far from American shores.