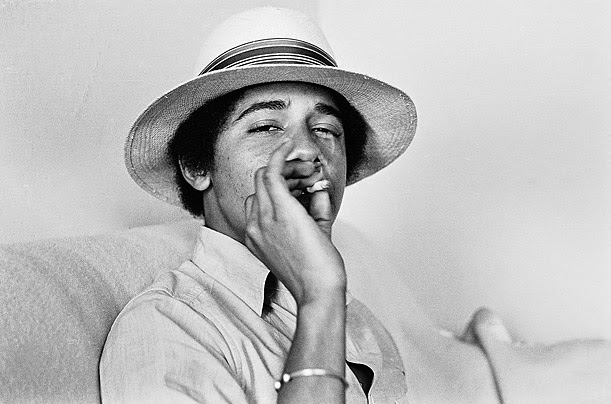 Note:  I am very proud to tell you that my blog on Burger King fleeing military bases because of Obama's $10.10 minimum wage mandate went viral with over 12,000 page views in a month and over 15,000 re-prints in newspapers and other publication across this nation.  Citizen anger was enough to spur Congress to pressure the Labor Department to grant an exemption to franchises doing business on military bases.  Well, they've done so.  The Military Times has announced that franchises can submit form E98 to get the wage exemption.  I was unmercifully attacked by liberals and called a liar about this issue.  My email was inundated with hate mail from Obamanites.  Well,  I'd do it all over again, and will, if I have to.  For now at least our troops can still enjoy a Whopper or a Big Mac.


When Presidential leadership has been called for during the Obama Presidency, whether in domestic affairs, or in foreign affairs, Barack Obama has sounded retreat.  Do I need to laundry list them still again?  Allowing Reid and Pelosi to draw up the wasteful and ineffective stimulus plan, or surrendering the Obamacare plan, again to Nancy and Harry, or trotting out Joe Biden to lead the way on gay marriage and gays serving openly in the military, or Benghazi, or Fast and Furious, or the IRS scandal, or the secret and unlawful wiretapping of journalists?  The latest was Obama's blaming the terrorist trade on Defense Secretary Chuck Hagel.  Hagel put a stop to that in his Congressional testimony yesterday, saying the order came directly from the White House.

No where has Obama's cowardice been more destructive than his efforts to secularize and socialize our military and to act in ways contrary to military tradition.  And no where has this destruction been more telling than his trade of violent Muslim terrorists for an army deserter who openly declared his disdain for the military and his hate for America (between the Reverend Wright and Sergeant Bergdahl and Bill Ayres, the University Bomber and co-author of his book, Obama seems strangely drawn to folks who hate America...including those Guantanamo terrorists!)

Could it be because Obama has never faced life's difficulties?  Could it be his pampered upbringing, with scholarships to an exclusive tuition supported high school?  Or his minority scholarships and free Pell grants so that he could hang with the liberals at Columbia and the good ole boys at Harvard?  Could it be that all that pampering sheltered him from ever having to take a "real" leadership position?

It might be too late for Obama.  Then, perhaps not.  At least as far as understanding why our military tradition must be maintained if we are to remain a world leader.  Here's what Barack Hussein Obama really needs:

He needs to be taken down to Fort Hood and be run through army basic training.  His arrogance and sense of self will surely result in a good old "blanket party".  For those unfamiliar with the term, when a grunt doesn't want to act as a member of a team, when his behavior or attitude is driving down the morale of the unit, the guys get together, wrap that rogue in a blanket, then proceed to beat the hell out him.   After a few good blanket parties, believe me, Barack will get the message.

Then, the unit grunts can take Barack out bowling, or to a good strip joint and get him good and drunk, or get him out of those sissy jeans and onto a baseball field and make him play "short field".

A few hours of shining boots, or ironing his own fatigues, and squaring up his BVD's in his foot locker, and latrine duty, would do Barack good.

Then get him out on the obstacle course and give him that 50 foot rope to climb, or rappel down from a conning tower, then send him crawling beneath barbed wire fences with live fire two feet above his head, with no secret service in sight,  make him clean the barrel of an M-60 or assemble and disassemble his assigned weapon for a few hours, and let him stand guard duty for a few shifts.

Send him out for tens days of maneuvers where he will march with 60 pound pack on his back for ten miles (about the length of two rounds of golf) and let him dine on cold Meals Ready To Eat (MRE'S)
in those attractive brown pouches.  Ask him to rate the powdered eggs and simulated turkey bacon breakfast.

When he's done all that, cut orders for Afghanistan, or sentry duty at the Korean DMZ, or guard duty at a pre-postioned ammo dump in the middle of the Indian Ocean.  Let him go on leave long enough to say goodbye to Michelle and kids and advise him to leave behind his last will and testament because you just never know.

Give Obama all this, all that he needs, and he just might become a leader.  Fat chance.
Posted by A Modest Scribler at 2:00 AM

Sorry to hear about the hate mail. No problem is ever solved with that attitude. Glad our military people can enjoy a Big Mac and whatever may be in a chicken mcnugget! and hope we don't have to subsidize the people who serve them.
Yes, "life experience" and a few battles scars and some humility are key ingredients to leadership.
Obama certainly fails in the inspiration arena! Luckily, in USA we get to rethink and vote every 4 years. Now, if we will just do it!

Morning, Jerry. I ate chicken mcnuggets once; the taste and texture was so strange that it scared me away from ever trying them again. Even those sauces couldn't save them!

Yeah, my email box stayed full for a good two weeks after I posted the minimum wage blog. As I remember only two were worthy of an answer or extended discussion. It's remarkable how far readers will go when they send via email...far more vulgarity and hateful than with the comments.

I'm becoming immune to most of them...more so when the writer offers nothing to contest what I wrote about.

Have a good day.

Basic Training might make a Man out of him, but he will still be an Asshole.
He will most certainly go down in History, but not all History was good.

I agree, cuz. Can't make a silk purse from a sow's ear.

I applaud you for revealing your insights! Keep up the good work. As usual, enjoying my morning coffee with my white chocolate creamer.....and reading your blog. Although I slept in this morning so I'm a bit late! Unusual, but nice. ;-)

Thanks, Carol. I'll keep plugging along until I have nothing else to praise or complain about. So far the sky's the limit on finding things to write about.

The biggest franchise holder of Burger King in the USA was AAFES, which had them on most military bases. it will be very interesting to see if they will bring them back or just let them lie. I'm wondering about their employees in the PX's and possibility the commissaries in the near future. Will be hard to pay the bag boys $10.10 an hour since they work free now (for tips only).

Wally, our Burger King on Luke is operating and will stay. I was wondering about the bag boys and girls also. I'm sure they make at least ten bucks an hour but Obama will surely want that on paper and have them pay taxes on their wages.

Glad to see your vigilance is finally making a difference and people are listening. Don't let the ignorant Obamanites get to you, they're a lost cause in this world. Have a great Sunday everyone!

Thanks, Trevor. No, I don't let the Obamanites bother me too much.

You stay cool over there, friend.