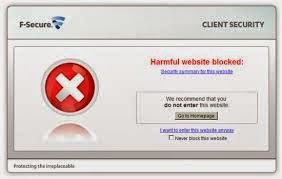 Back in March Andrew Lampart, a high school student at Nonnewaug High School in Woodbury, Connecticut was doing research for an upcoming school debate on gun control.  When he tried to access the National Rifle Association home page he found his school Internet had blocked access to NRA.  However, Andrew found all sites that promoted gun control were wide open.  This made the kid a bit suspicious so he decided to do a little digging.

Suspecting some political hi-jinks, Andrew went to the home page for the Republican Party and found it blocked while the home page for the Democratic party was open.  He then tried religion.  The home page for Pope Francis was blocked as were all religious organizations who opposed abortion but Planned Parenthood and Pro Choice America were as wide open as a streetwalker's legs.

Well, all of this irked old Andrew quite a bit; he seemed to be one of those mavericks that fell through the crack when the world of academia established their own system of "ethernet water boarding".  He went right over the school principal's head and took this issue to the Board of Education.   After his complaint went unanswered Andrew took it to the press.

The board, pressed by reporters, stated they were stunned!  We don't know if they were stunned that some eleven years of liberal academic mind control had failed to properly indoctrinate Andrew, or if they were really concerned that the school was guilty of a vile and offensive violation of 1st Amendment rights.  They promised to "look into it".  To date, nothing has changed.

Now the saddest part of this little tale is that none of us are surprised by this.  Those liberal socialists are smart cookies and conservatives and traditionalists are just not properly built for systemic propagandizing; they are free thinkers and just naturally assume everyone else is.

Not true.   The liberal socialists have cleverly infiltrated the very institution capable of shaping a mindset; get em early and hammer home the liberal agenda whenever possible.  Demonize the founding fathers as corrupted white men, demonize anyone who ever met a payroll, have teachers sing the praises of Barack Obama and have the kids write anthems about Obama's glory.

Keep at it.  Right through their college years.  Offer classes on the brilliance and purity of purpose of Malcolm X, Che Guevara, the Black Panther movement, the Weather Underground.  Breed ethnic hate and demonize anyone who believes in a divine god.  Make sure professors award a "C" grade to anyone daring enough to present a thesis on the Reagan economy and give an "A" grade to anyone who champions a liberal icon.

Just to make sure the mind control holds, tell the students that listening to an opposing point of view is traitorous and foment opposition to conservative graduation speeches, or for that matter, anyone who has not embraced the Obama doctrines.

Once you have produced a fully formed liberal socialist automaton send him/her out into the adult world.  Refresh their indoctrination with an occasional dose of the "Kool Aid" and you have yourself a ready made political following.

Sorry Andrew...you're young so it is inevitable that, soon, they will drill down in your head, find that logic gene and extract it post haste.  You might want to read "1984", Andrew...but then that's probably been banned from your school library.

Look out here comes the thought police. UC Davis has a theory about "free will' and are trying to isolate the part of the brain that is responsible. Hmmm wonder whats next?