The Providence Of The American Dream 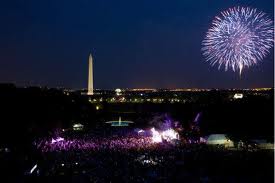 "Providence";  blessed and ordained by a Deity, by God.    I've written unendingly about my deep and sincere belief that America was created, America developed, America flourished, all under the eyes of a watchful and approving creator.

Think about our world history.  The dark ages ebb, The Renaissance blossoms.  New age social philosophers like Locke, Rousseau, John Stewart Mill, all writing of a potential societal Utopia based on equality of opportunity and the recognition that individual freedom, and God given rights, reign supreme, far above the whims of monarchs and dictators.

And then, after a century or two, a meager handful of men, who have studied Locke and Rousseau, will gather in Philadelphia to throw off the chains of monarchical power and declare an Independence from it forever.  But that handful of men would go farther.  They would write a government charter that would institutionalize and guarantee those individual freedoms so that, never again, could they be taken away on the whims of a dictator.

"Who shall write the grand document?", queried those in attendance at Freedom Hall in Philadelphia.  They all agreed it should be the finest writers, the most scholarly, the most familiar with the grand social theorems of the world's greatest philosophers.  And so,  three men were selected to write our Declaration of Independence.  Ben Franklin, the fiery John Adams from Massachusetts, and a shy and quiet, even meek, young man from Charlottesville, Virginia; Thomas Jefferson.  Both Franklin and Adams agreed that the author should come from the elegant pen of Jefferson.

When in the Course of human events, it becomes necessary for one people to dissolve the political bands which have connected them with another, and to assume among the powers of the earth, the separate and equal station to which the Laws of Nature and of Nature's God entitle them, a decent respect to the opinions of mankind requires that they should declare the causes which impel them to the separation.
And it ended with:

. And for the support of this Declaration, with a firm reliance on the protection of divine Providence, we mutually pledge to each other our Lives, our Fortunes and our sacred Honor.


Flash forward 50 years, dear readers.  America has gone through trying growing pains.  America has had to fight and defeat the British a second time to assure her Independence for all time.

July 3rd, 1826.  The day breaks brightly in our nation's capital.  Red, white and blue buntings adorn the frontages of business and public places.  America is preparing to celebrate her 50th year of Independence.  Every city in the new nation is adorned similarly.  More than a score of cities have sent invitations to the two surviving fathers of the Declaration of Independence.  By April they have learned that both aging men are too old and fragile to attend.

Down in Charlottesville, Virginia Thomas Jefferson is semi-comatose, dying from prostrate cancer.  He occasionally awakens, refuses a dose of laudanum to give comfort, asks about the date.  "Tis the third", echoes family and doctors.  And Jefferson goes back to sleep.  He will awaken again at 9pm on the night of July 3rd and ask "Is it the 4th?".  "Very nearly so", his caregivers respond.  The 83 year old Jefferson will move in and out of consciousness throughout the night and early morning.  On the morning of the 4th he will awaken and speak clearly and confidentially to family and friends, then fall back to sleep.  At 1PM, just as the first bells ring out in Charlotteville, in celebration of the 4th,  they can be heard at Monticello, as Jefferson breathes his last.

Up in Quincy, Massachusetts, an even more elderly 90 something fellow named John Adams is also slipping away.  His last letters to and from Jefferson were exchanged back in April.  He's heard nothing from him since.  Adams too has been asked to attend the local grand independence celebration.  He had earlier declined as well, citing health reasons, which were all too true.  In the days preceding Adams had taken to his bed, weakened and near death.  He occasionally awakens to whisper an endearment to a loved one, then slips back into a sleep.  In mid afternoon the sunny skies turn cloudy and the winds begin to rise.  Adams awakens, looks about him, and whispers "Jefferson still lives".  About 6PM, as a the rains begin to come down more forcefully, Adams heart ceases beating.  At that very moment a rumble of thunder can be felt across the grounds of Peacefield Farms and lightening briefly brightens the dark gray skies.

Within moments the word of Adams death is spreading throughout Quincy as folks marvel at the coincidental death of a founding father on the 50th Anniversary of the grand event.  But the news of both Adams and Jefferson's deaths would not be known in Washington, or the rest of America until the 9th of July.

When the news has at last been heard by the entire nation, it is written that Americans received the news with awe, and with a renewed sense of certainty that a smiling God took these two great men, only five hours apart, exactly fifty years to the day that they stood on the steps of Freedom Hall and read it aloud to the people for the first time.

"Providence", they said.  God's way of assuring a blossoming nation that her course was true, and that, if she continued to honor the principles on which she was founded, she would continue to enjoy the creator's grace and goodwill.

It has now been 187 years since those two giants died.  Memories, and promises, and commitments fade with time.  For so many today it is enough to live well on the laurels and sacrifices of those who have come and gone.  Personal liberties are now expendable, their importance lost in the grand rumblings of Big Government and the necessity to make everyone "equal" without regard to quality of effort or quality of character.

Besides, some odds maker in Vegas has already eliminated "Providence" as a factor in the death of two old guys, five hours apart on the same day.  They've crunched all the numbers on a Super Computer in the basement of the Bellagio and equated the odds to next year's long shot to win the Superbowl.

I'd never heard that story. I've heard many times of our nation founding being one of "Providence". I've always loved the one regarding the British inside the White House defiling various papers and books while members of Congress were in hiding debating surrender when a storm came up on the horizon dumping rain and lightening on the Brits all night long literally drowning soldiers and making their success impossible. The Americans regroup and were able to drive the Brits back and save the nation.
That story, like this one just gives me chills. Only a power, one much greater than us can cause such things to happen. That it has happened to our country, with a frequency that belies simple coincidence. God has watched over this nation since it's birth, contrary to what so many disbelievers shout so loud about. We also need to be reminded of that fact more often.

You ought to teach a class. Your knowledge and the way you present it sure could be a benefit. That message just isn't presented much anymore.

Thanks, Ken. The details of "setting" , death watch and what was said came from biographies of both men. The Adams detail (the bizarre coincidence of the rain and thunder and lightening) was especially poignant as it came in a letter from the family at home to John Quincy Adams, who just happened to be President at the time, and was busy in Washington, thus not home to for John's passing.

You are so kind with your praise. Yes, I too enjoy the historic details. Historic figures have always "come alive" for me because someone has taken the time to put the event in the most personal and human terms.

Forgot to add, Ken: Credit Dolly Madison for much of what was saved in the White House. Before she and James fled she made sure some of our greatest national treasures were taken away and hidden from the hands of the British invaders.

Regarding Dolly Madison, I remember that mentioned. Thank you Dolly. BTW it was you I believe who recommended "American Sphinx" to me. Thank you a very good read. Just started it but the author makes it "very personal, bringing it all alive", making it hard to put down, gotta go, my book is calling...

Thanks, Ken. Every bio of Jefferson is just a little different depending on the author's interest in highlighting a particular Jefferson event or trait. Glad you're enjoying it.

Thanks for the repost! This time reading makes me so sad to the point wiping tears from my eyes. What happened? Why did these stop being taught, and how in just such a short time did a population go from so proud to hating their country so much. It's just heartbreaking to see this country destroyed in just a few years. Saddest fouth of July in my life. This was a day I've always celebrated...

You're welcome, Ken. I too am despondent at times, then I see those folks down in Murietta, California blocking those buses packed with illegals and I pray a spark was ignited...that "the people" have finally had enough, and the 2nd revolution begins.