The Late And Lamestream Media 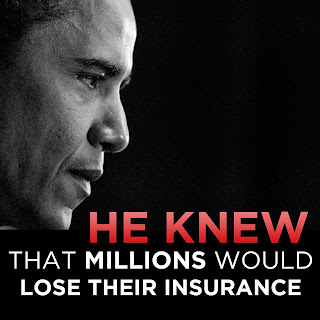 There are very few issues that anger me to the extent that my fingers are frozen to the keyboard and I literally can't write about it.  Such was the case over the last few months with the lamestream media peeling the scales from their eyes and finally deciding they were the "fourth estate" again.

Yes "that fourth estate", the press, the unofficial fourth pillar of government, responsible for objectively reporting on the dirty doings of the Judicial, the Legislative and the Executive.  Sadly, there were thousands of journalists who, like Chris Matthews, nearly pissed down their leg when an African American was elected President.  And for the last four plus years have given Barack Hussein Obama the biggest "pass" any politician has enjoyed in our history.

Oh sure, we knew most journalists were liberal.  How else did the philandering John Kennedy sustain the Camelot myth long after we had learned that he had screwed half of Hollywood, including its queen, Marilyn Monroe.  How else was Ted Kennedy held in such high journalistic esteem even after killing a young girl when in a drunken stupor he drove off that bridge in Chappaquiddick and left her there to drown?  Who but the lamestream press would idolize "Slick Willie" Clinton as he bonked nineteen year old White House interns in the oval office and spread his semen all over the state of Arkansas with Paula and Jennifer, and even given a pass after he raped a young campaign worker in a Little Rock hotel room.

How else did the Charlie Rangel and Al Sharpton tax fraud cases end up on the back pages of the New York Times while Mitt Romney's auto garage made the front pages?

But it has been the lamestream media's slobbering adoration of Barack Obama over the last five years that takes the proverbial cake.   And while all of that failure to objectively report political news gripes me to no end, it is not what sends me into frozen states of anger today; it is the liberal media's sudden inclination to once more dig into the Obama dirt and report a smidgen or two of it.

Is there any doubt that, had the main stream media been as aggressive in investigating and reporting on the Benghazi tragedy that Obama would have dropped ten points in the polls last November?

And just this past week we have seen CBS, CNN and MSNBC posturing and posing as objective journalists as they dig through the Obamacare bill and find out Barry and Valerie and Kathleen knew damn well that millions would lose their healthcare when the program got going?  This week we found Kirsten Dunst, who appeared on Fox as "liberal foil" a hundred times last year, who defended Obamacare, only to to show up this week complaining that her health insurance got cancelled and her Obamacare premiums are three times that of her former policy.  Even NBC, previously deep in Obama's pocket, ran an exhaustive investigation on Obamacare and, in doing so, for the first time actually read the damn bill.  They were "shocked!, "shocked, I say!" to find on such and such a page where it clearly says millions will lose their health care and doctor...this instead of the 10,000 political utterings from Obama who promised otherwise!  Where were these "treasured journalists" last year at any time before American idiots voted this "man-child" in for a second term?  Is it the average Joe's responsibility to investigate every political "dirty-do?"...or should he be able to rely on an independent, impartial press to do the job they are paid to do...with the Constitutional protections rendered them?

Now we are seeing all manner of these liberal press sheep coming out and actually criticizing this President.  We've seen it from Wolf Blitzer for god's sake!

And does all that make me angry?  You damn right it makes me angry!  But what angers me far more is that all this journalistic puffery is just a sham!  These liberal media idiots knew damn well Obama was corrupt long before the last election!  These pandering poofs knew Obama has never been a leader...but he's a liberal, they are liberal, and damned if they weren't willing to cover for him, to suppress the news, to edit the news, to "carry Obama's water" in the demonization of Mitt Romney!...to repeat hour after hour the lies about Romney, sprouted and nurtured right out of the Oval Office!

So gag me "ten to the beat" when I hear the entire contingent of lamestream media jumping on the "objective journalism" bandwagon of late.  The damage has been done...we have four more years of socialistic misery and an unknown amount of harm to our country..and you can place a huge block of the blame on a liberal media who knew the truth and refused to air or print it!

Beware America!  If you think these liberal media idiots have reformed you are dead wrong!  If all this dirt had come out last November Obama would be back in Chicago...and if it were last November you wouldn't have heard a single bit of these lies and corruption.  These media loons are simply playing with your sensibilities America, trying to resurrect their reputation, when nothing is at stake!

So when you hear Rachel and Chris Matthews and David and Brian and Charley sniping at Obama, know well that it is all a grand pose...a pandering to the American people...a short respite before the 2014 mid-terms when all things liberal are grand and all Democrats are saints, not sinners!

Posted by A Modest Scribler at 2:59 AM

Hard, Brian, hard. I tried for three weeks to write this one...each time a thousand things popped up that infuriated me, so much so that I couldn't calm down and write about it....now that the steam has been relieved a bit..you'll see more about this.

The truly sad part of this sudden media switch-a-roo is no matter how bad obummer care ends up the liberal kool aid drinkers will think "their" news sources broke the story and never think to question any past stories,cuz they are not biased, only FOX news is biased.

That's my very point, Craig...the liberal press is still biased...it's just that the election is over so now they can pretend they are not Obama lackeys and are truly "journalist"...and yet if there were an election coming up they would revert to the same old bias reporting...as I said, I'm not done with this subject.

Great piece! Hit the nail on the head. It's "sad", but actually funny to watch these blathering idiots attempt to report on real news. They act like this is "breaking" news. Late as always and under reported. God help us we have three more years of this ASS then possibly the Hag hilary after.

I just disgusts me. We all knew all about the aca's outcome and the destruction it would bring. The assholes at the media left, right and al jazeera all knew what it would bring. It's here now, just as predicted and we are surprised? We all knew, at least those who know how to read and not too lazy to read an article or two on this new social experiment, "the first african american" president. Who's first dream is to "fundamentally change America".

The "fourth estate" has been marching in perfect Nazi party lockstep the whole way. They have not done one thing out of character unfortunately. They have been in this sorry state for years now, I'm not surprised. What is surprising me though is the way conservatives are just laying down all across the country and giving up. The Tea Party in 2010 was truly amazing but they allowed themselves to be destroyed from within and without. They need to come back or something like it. Karl Rove has got to go. Unless something like that coalesces and quickly I would say it is good bye old USA...

I like what Mr. Clancy had to say up there, "Breathe, my friend, breathe"

To be fair, Ken, Fox News did cover Benghazi and Obamacare in great detail...yes, we knew the disaster it would be because a lot of smart people came on Fox and sifted through the garbage and nailed it.

Democratic liberals, being who they are would not have listened anyway. But where it counted the most, with Independents, they weren't listening to what the real journalists on Fox were reporting...and that's where we lost the last election.