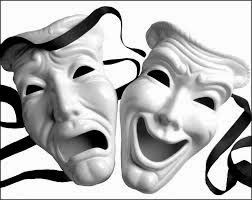 As you all might recall, former Venezuelan President Hugo Chavez died a couple of years ago, having succumbed to an otherwise treatable form of testicular cancer, but not if you choose to undergo treatment from socialized medicine in Cuba.  You remember Hugo; he's the one that suckered Barack Obama into a full lip kiss at Obama's initial appearance at an Organization of American States meeting back in 2009.

Well, before Chavez died he hand picked his successor, Nicolas Meduro.  Sadly, Meduro's brand of communism/socialism isn't doing any better than when Chavez was running the country.  The country continues to be plagued with commodity shortages, utility outages, crumbling infrastructure and starving people, this despite huge oil reserves that would seemingly finance a healthy and productive society.  Sadly, not so.

Unable to turn things around, and unwilling to return to a western style democracy, Meduro has hit on a bold new plan to lift the spirits of his fellow Venezuelans!  He has created a new government department called the Department of Supreme Happiness.  Although specifics of the program have not been announced, Meduro conceded that one of the key features of the program will involve calling in citizens who have publicly denounced the government and grilling them as to the source of their unhappiness.

No doubt, these citizen ingrates will be presented with a variety of scenarios that might deepen their unhappiness even more.  The Secretary of Supreme Happiness might query the doubtful citizen as to what would be worse?...spending the next few years in prison or living freely on an empty stomach?
Or perhaps, subsisting on roots and grub worms or being tossed from the top of a high mountain cliff?

Like the little Twilight Zone kid that could zap you into the cornfield if you even thought about something he didn't like, Socialist governments must rule with an iron fist and, by god, if they want you to be happy, you'd damn better be all smiles and giggles.

Perhaps Barack Hussein Obama should consider creating his own Department of Supreme Happiness.  In light of Obamacare's massive failures, with NSA scandals, with American labor deserting the work force by the millions, with millions still homeless, with millions of Americans discovering their medical premiums have tripled or quadrupled or have had their old, reasonably priced plan cancelled altogether, it might be time for Obama to call in disgruntled citizens, administer a few psychological "bitch slaps" and make them a few offers they would surely refuse.  After all, he seems to be "staffing for it" as his staff has now incorporated a new litmus tests for promotions within the military officer corp.  As reported by Newsmax last week, military officers are now being asked if they would be willing to fire on American civilians if ordered to do so by their Commander in Chief.  No doubt we saw the first inklings of Obama's new "domestic" policy when he ordered the Department of Homeland Security to purchase 1.6 billion rounds of ammunition.

Perhaps Obama has finally realized that speech making and demonizing the opposing political party is not working.  Perhaps he has decided to take a sterner approach to the cranky citizenry.  We may see a time very soon when Black Panther thugs, armed with clubs, and standing in front of voter booths will seem mild by comparison to Obama's newer and harsher approach to those who threaten his self imposed emperorship.

Perhaps his Chicago Mafia has finally convinced him that the only thing that will end the rebellion of these citizen upstarts is to "make them an offer they can't refuse".

This was tailor made for both the Commander in Jest and the First lady! It just belongs with them like no other program ever introduced. I keep thinking that there is nothing more these idiots can do to surprise me and then bammo, yippee kai yay a special office to maintain protocol for being happy! I can imagine living under chavez and his pals would justify a need for something like this.

I'm damn sure that I could convince a grant fund manager to finance the staffing of new wine and cheese retreat areas at all the closed monuments in D.C..
We'll call it "Ekstatika", and staff it with Ricardo Montalban and Hervé Villechaizehis. "SMILES EVERYBODY, SMILES GODDAMNIT!