The Sucking Life From Life Series, Pt I 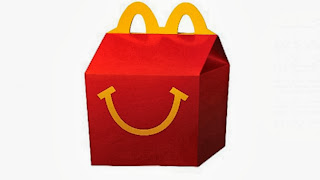 The liberal brown shirts are at it again.  It's not enough that they inflict Obamacare on the majority of us who don't want it.  It's not enough that organized religion is attacked unmercifully on a daily basis, or that we must embrace Black thuggism or be deemed "racist", or be open to gay marriage lest we be labelled homophobic.

No, it is the ever present "creepiness" of how liberal nazi's invade our daily lives, and like a pitbull, refuse to let go of us when we are in their grasps.

Today I was disheartened to read two more stories in the "it takes a village" mode of child raising.  The first was from a young mother who is protesting "big government's" mandates under the Head Start program.  It seems the mom was enrolling her youngin in pre-school.  In meeting with her teacher, mom informed the teacher that she will be sending little Tommy along with his home prepared lunch to school.  The teacher looked aghast and informed said mom that, "if she dared send any lunch to school with Tommy, it had damn sure better be accompanied by a letter from the boy's doctor...and that's with every single meal he comes in with!".

It seems that "big government's" Head Start program has a little incestuous thing going with the USDA program.  The USDA furnishes educational institutions with specific food commodities and charges the Head Start program accordingly, who then bill Uncle Sam for the meal.  For every pre-schooler whose parents choose not to participate, that's one less tiny bit of income coming into the school.

After going round and round with the teacher the mom dis-enrolled little Tommy and put up her own money to enroll him in a 'for profit' pre-school.

The other "brownshirtism" came from Corporate Accountability International (CAI), a George Soros funded socialist organization whose prime goal is to destroy the McDonald's corporation.  CAI hates the idea that parents should have the final say on what their children eat.  They want McDonald's to police childhood nutrition by dropping hamburgs and chicken nuggets and fries and opt to sell broccoli and brown rice to our kids.  You might recall it was CAI who sent a ten year old girl to the McDonald's shareholder meeting and berated them for selling chicken and cow and greasy fries.

It seems dastardly McDonald's is at it again.  This week, to promote national literacy, MacDonald's is including a children's book in every happy meal.  In addition Mickey D's is donating 100,000 books to our nation's libraries to support the Reading Is Fundamental Program.

"Hold on a damn minute! shouts CAI..."these books are simply a bribe to get kids to eat your fast food poison!"  CAI can see nothing good coming from this and is fearful that McDonalds will surely suck in some of those 50 percenters who are illiterate!  What then?

Look, anyone who has been to a McDonald's in the last ten years knows that, AT THE DISCRETION OF THE PARENT, parents can choose green salads, apple slices in lieu of french fries, skim milk instead of coke or a shake, and an egg white McMuffin or oatmeal in lieu of hot cakes!

But socialist liberal organizations will never be happy until there are no more choices, no more personal decisions to be made; you'll eat your brown rice and broccoli and like it!

*****please let the 2nd Civil War start soon so we can put snipers in the trees and take these brown shirts out first!  They are sucking the very life out of life!

You are 100% correct on this. It is all about control. Here is another gem that a friend was telling me about: http://www.digtriad.com/news/article/301465/175/Court-Hospital-Can-Force-Chemo-On-Amish-Child

Contrary to popular belief, the separation of church and state was intended to prevent exactly this. The intent was to keep government out of the church, not the influence of god out of the government. What a warped mess we have become!

May the golden arches reign forever! I had to buy about 50 happy meals to get all the Barbie miniatures, but it was completely worth it. :-)

I am ready,let the sniping begin!

Good for you, Rebecca...you took up the slack from some of those kiddie meals not sold because of the brown shirts!

Notice the CAI picks only on McDonalds..and yet Mickey D's actually does give you more healthy choices.

These brownshirts tend to be extremly ugly, pasty-faced people with botox enhanced lips....and are absolutely joyless...they suck the life out any crowd of people.

Craig...yeah, I'm glad you're ready...just gonna have to wait for a few million to say "I'm mad as hell and I'm not gonna take it anymore"....

I do hope they say it soon Mr Modest Scribler. My biggest fear is that it isn't going to happen soon enough, and us old duffers that can remember the way America was back in the 50's and 60's, are going to be too old to squeeze the trigger with any accuracy....plus there won't be many of us left.
How many of the X or Millenni

I do hope they say it soon Mr Modest Scribler. My biggest fear is that it isn't going to happen soon enough, and us old duffers that can remember the way America was back in the 50's and 60's, are going to be too old to squeeze the trigger with any accuracy....those of us left.
How many from the X or Millennials generations will be standing next to us?

I've noticed that the commercials seem to be geared more towards blacks and/or emphasize healthier eating choices, but come on - its for kids. McDs is all about kids and things kids like - the chicken mcnugget is for kids, all kids love these. All kids love the fries too. And the toys. And the play areas with slides and such that are at most restaurants - the exception being that thruway stops generally don't have play yards, but regular ones do. Shakes and pop are part of the experience.

Generation X: as we are skeptical, cynical, and distrustful of authority, I think you'd be surprised at how many of us share your point of view. Also, many of us grew up in single parent homes - we are independent and understand the value of hard work.

Please do check that link I posted above about the Amish girl. Of course, this has been going on since the inception of Obamacare. I mean, the government overstepping its power and eliminating religious freedoms.

As a catholic, I'm well aware of this; many people aren't. Re: the state's right to "protect the child" over the rights and beliefs of the family. Why is the state exercising this "power" to save kids only in the case where freedom of region is being infringed upon? I don't see the government exercising any authority to save kids from drug addicted or abusive parents. Generally we hear about these kids after they're dead. Why do you suppose that is?