Please! Send Our Prisoners To Harvard! 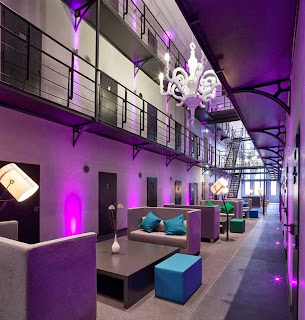 This past week I was reading an investigative report from Jake Pearson of the Associated Press.  He ran a series of reports on the incarceration costs of housing a prisoner in liberal la la land, New York City.  It seems that taxpayers of New York are shelling out over $167,000 dollars per year to make sure their thugs are living in the style to which they've become accustomed.  Pearson further points out that the annual costs to educate a student at the Ivy League schools run about $170,000 per year, almost the identical costs to house a NYC inmate.

Now, to be fair, some of those incarceration costs are mandated by the liberal courts over the last twenty years.  Inmates must have a fitness center to maintain their health and must be provided a law library should they wish to mount their own defense during the appeals process.  Those law books don't come cheap folks. 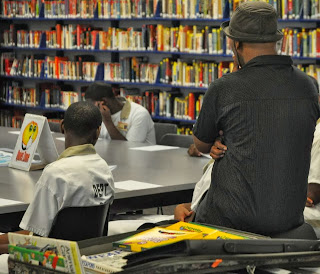 In addition hundreds of prisons have now upgraded their activity facilities to include educational courses, yoga classes and career counsellors....and those programs require salaried workers in addition to the regular staff.

And let's talk about the regular staff.  Those New York prison staffs are unionized $150,000 dollar per year employees with plush medical, dental and retirement benefits.

In response to the report, city officials readily admitted that the cost figures were accurate...but they attributed the high costs to having to bus prisoners all over the city so that they can make their court appearances.  One wonders if that couldn't be contracted out to Greyhound...but then who am I to judge, huh?

I just figure that, if taxpayers are shelling out $167,000 dollars per prisoner, per year, wouldn't it be more cost effective to spend a tad bit more and just send them all to Harvard?  After all, President Obama did his share of pot and cocaine and youthful hi-jinks, then was sent to Harvard and look how well that turned out for everybody, huh?

Addendum:  This same week we learned that Maricopa County Sheriff Joe Arpaio has stopped serving those green bologna sandwiches to his prisoners in tent city.  Nope...Joe has instituted a vegetarian menu for all his prisoners, eliminating meat entirely.  He says it'll be good for them, and when they finally leave his jails they'll be a healthier bunch! 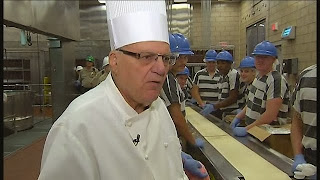 Sheriff Joe in Chef's gear, helping to kick off his all veggie prison menu.

No word yet if the liberals will enlist the ACLU to sue the Sheriff for this...hey it's vegan!..ought to make all those brown rice and broccoli people happy!
Posted by A Modest Scribler at 2:00 AM

Sadly, Carol, Joe has a "handler" now..thanks to a liberal judge. And the illegals are attacking like jackals.

Yes, Rebecca, that partially explains that $10,000 dollar annual property tax bill you're burdened with. My sympathies.