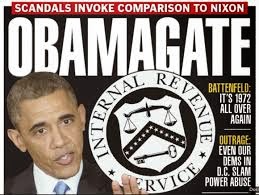 Americans were shocked to learn that the I.R.S. has announced a two-week delay in processing tax filings as a result of the government shutdown.  I mean, since this is not an election year, the I.R.S staff should not have to bear the burden of snooping on the Tea Party and other conservative tax payers.  They will not have to stonewall conservative political groups or manage the difficult task of funneling federal money to Acorn, The Black Panther Party and La Raza.

And wouldn't you think they'd have more time to process returns now that they've been busted for making comedic videos about how much fun it is to audit and harass taxpayers?  And, now that the iron fist of the federal government has precluded their annual conventions in the Bahamas, now limiting them to party hearty in Miami and Las Vegas, you would think they could spend a little more time in the office.

Oh sure, they had a little problem getting their computers to talk to Obamacare computers, and thus couldn't verify applicant incomes for federal subsidy purposes,  but Obama had already given them the go-ahead to just rely on personal honesty......kinda like the office coffee fund..(And hopefully not like those Walmart food stamp riots last week!)

In light of the I.R.S processing delays I would expect some pretty rough times for American taxpayers come January 15th.  They'll be forking over somewhere between $200 and $2500 dollars a month in Obamacare medical premiums right at the time when they could really use those tax refunds!

But, we really can't bitch about the I.R.S. too much.  After all, at least their computers are allowing citizen access so folks can pay their fair share of our nation's bills.  Is it just me..or does it seem strange to you that, when the government is taking your money, their computers work fine but when you're looking for a refund, or a government service, they just can't get it right.

And being old skeptical me, I just can't buy the excuse that a two week lay off with full pay is going to set back 190,000 I.R.S. employees a like amount of delay.  I remember years ago walking into an I.R.S service center in Fresno, California.  I was applying for a seasonal I.R.S. job.  What impressed me most was the hundreds of desk dwellers in a huge room the size of a football field, all of whom had great senses of humor.  In those pre-computer days, these I.R.S folks would sit back in their chairs, feet on their desk, with a citizen's tax forms in their hand.  They would read down half a page, laugh like hell then make some angry red penciled notations on something they considered imaginative fiction.  When someone found a really good tax write-off they would wander from desk to desk, sharing the laugh with their fellows.

I remember passing the math and language portion of the employment test, and then was shuttled off to a fellow giving the Rorschach test and the tester became more and more irritated when I saw butterflies and not angry dogs and menacing spiders.  I was then force fed ten Henny Youngman jokes, only one of which elicited even a slight smile on my part.  After that they told me they'd let me know..and I never heard from them again.

So pardon me if I'm not buying a two-week delay in processing our taxes.  Like everything else with the I.R.S. these days, something smells funny.
Posted by A Modest Scribler at 2:00 AM

When something smells funny at the irs they probably opened an envelope with a check from someone that wiped their ass with it before sealing it in.

I really enjoy your reads... But what can be done about it? It seems Americans have given up!

Anon, simply dial my blog back two days and read; "SEND THIS LETTER TO D.C.". If enough people write, call or email their reps, they will listen. The biggest obstacle to putting America back on the right road is apathy...failure to go to the polls and vote the bastards out...and failure to write them and let them know how you want to be represented.

I really feel sorry for the poor SOB (I doubt it) who gets elected to follow this 8 years of disastrous non leadership this country has suffered.

The notion that the govt shuts down due to a lack of funds but has the funds to pay all the employees who had to be laid off, of course are still there. Why do all these trashbags get paid when not working? I have quit trying to make sense of this horrible country I live in now. We really do need to tear it down and start over, but I hate to see what will end up in its place.

Keep up the good fight Mr. Scribler!! Thanks

Ken, the federal employees knew they were going to get paid, the President and Congress knew they would get paid...but you know the answer to your own question. The President wants to present as much pain and grief as possible so that the kool-aid drinkers would really fret that something important was being accomplished in Washington.