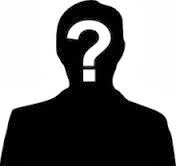 As soon as the weather warmed the summer plague would come sweeping down the mean streets of New York, the shady elm lined avenues of Des Moines and Omaha, the sun baked streets of Phoenix and all the rest of America.  The cruelty of the disease was beyond measure, for it was mostly children who were swept up in its talons and left crippled or dead.

So, like the ancient Israelites, their children sentenced to death, Mothers and Fathers prayed that the evil would pass their door.  In some years as many as 60,000 children would be felled by the disease.  Of those, half would die or be paralyzed for life.

There was no cure....so the little ones unfortunate enough to live, would be shuffled off to a back room so as not instill fear that the child would pass the damnation on to others.   During World War II, at the height of the epidemic, parents would seclude the children for the entire summer, or steal them away to some country place where they might be safer.

Even as millions of people were being afflicted, a savior was among them.  A man who had spent his entire life in medical research.  A little Irish "Jew-boy", child of destitute Irish Jewish immigrants, was living in the Bronx and had his mind set on a career in law.  His school mates deemed him "Mr. Perfectionist", someone who paid attention to every detail of every process, one who read incessantly, spurred on by a curious mind.

To get into college he had to compete with thousands of other young Jews for the limited quotas allowed them.  Surprisingly, he set out, not to practice medicine; perhaps the sight of blood, or the savagery of surgery frightened him, but to enter the narrow field of medical research.

After completing his studies he would endeavor to work at a research hospital but he was turned away repeatedly as they all had limited quotas for those of the Jewish faith.

Finally, he was accepted by the University of Pittsburgh's School of Medicine and given the thankless task of studying this "summer plague" that had broken so many hearts over the many years.  Soon this young researcher would re-direct his efforts toward finding a vaccine that might prevent the disease.

He assembled a research team and for the next seven years would work toward developing a vaccine that would drive this deadly plague into extinction.  At last, having achieved success in the laboratory, this man and his team of researchers would set about the largest "guinea pig" army ever assembled to test the vaccine.  They enlisted 20,000 physicians, 64,000 school teachers and administrators, and over 220,000 volunteers to administer the vaccine to 1.8 million school children.

And on April 12th, 1955 the results of the study were released.  It was an immediate and complete success and the beginnings of driving polio from the face of the earth.  And the name Dr. Jonas Salk, Jew-boy from the Bronx, was on every parents lips when they got on their knees in prayer that evening.

Some five years later, during a TV interview, Dr. Salk was asked where the polio vaccine patent was, since it was estimated that it was worth over $7 billion dollars at that time.  Dr. Salk replied "what patent".."we didn't patent it"..."hell, you may as well patent the sun!"

Salk would go on to establish the Salk Institute For Biological Studies in La Jolla, California.  He died there on a June day in 1995.  His last efforts were trying to find a vaccine for the AIDS virus.

Once again I have learned something new reading blog. Thanks and have a great day.

Thanks, Craig...I never get a big "page view" day with these kind and gentler entries but I enjoy writing them just the same.

I was seven in 1955, Bob. I remember it very well too...even at that age I remember parents breathing a huge sigh of relief when the vaccine proved successful.

Thanks for the comments.