Christmas In The Garden Of Good And Evil 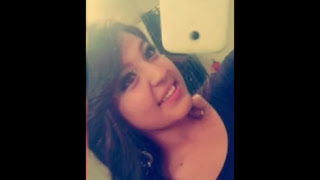 Phoenix, Arizona
She was fourteen years old, had lots of friends, very popular, a good student and enjoying her first year of high school.  She drew funny figures on her book covers, giggled with her friends over something said on Facebook and excited about attending her first Christmas dance.  Last Tuesday morning she left home for school and would never be seen alive again.

There were already dark clouds hovering over Claudia Ann Lucero as she departed for school last week.  During that very week she had been molested by her mother's 31 year old boyfriend.  He had touched her inappropriately and forced her to touch his genitals.   She told her friends about it and had also discussed it with her mother.   Her mother's boyfriend had also texted her over a hundred times in the previous days, the texts alternating between sexual innuendo and physical threats.

Last Friday morning two ladies who lived in the same apartment complex were dumpster diving for cans to recycle.  They found the body of little Claudia wrapped in an old car rug, her school books gathered around her battered corpse.

It wasn't hard for police to solve the crime.  They found she had been wrapped in the trunk liner of the car belonging to the mother's boyfriend.  An autopsy revealed the little girl had been violently beaten and raped and his DNA matched semen samples taken from the victim's body.

Little Claudia would have been about ten years old when the Justice system began dealing with Alex Andrew Madrid, age 31, about the time little Claudia would have learned the truth about Santa Claus.   Between 2009 and 2012 Madrid had 11 felony convictions under his belt, including car theft, burglary, assault,  domestic violence and sexual assault on other women.  Even during his prison time he was sending threatening letters to his previous victims.  Several of Madrid's case assessments said he was a high risk probation candidate and would likely commit similar offenses. 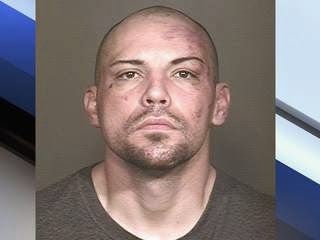 In Madrid's long history of crime and sexual violence, he had always violently resisted arrest, and, for those eleven felony convictions, the judge saw fit for him to serve only 15 months in prison.  It boggles the mind how our justice system could grant parole to a man as mean and evil as we are likely to hear of.

Claudia Ann Lucero will not make her freshman Christmas dance.  No need to shop for that special dress.  No more giggles over teenage "sillies".  She will no longer have a need for schoolbooks, for she has learned of the world's evil in the most frightening manner imaginable.  There are probably Christmas cards already addressed with her name on them, perhaps a present wrapped and placed beneath the Christmas tree.  And in the coming years her loved ones will ponder a time when she would have walked up to the podium to receive her diploma, or a day in June when she would walk down the aisle in the arms of her loved one; the one she was meant to spend her life with.

Instead, little Claudia will wear the bruises and broken bones of a violent assault, of death by strangulation, her innocence having been spoiled by a monster set free to roam and plunder the lives of those who wandered into his sphere. She will have been thrown into a dumpster like so much garbage, her life's worth discarded and forgotten.

I truly hope the trial judges who gave such lenient sentences to a true monster have a quiet moment or two, perhaps on Christmas night.  And I would hope they are forced to sit and contemplate their own blame for the tragic death of a little girl at Christmas in the garden of good and evil.

Posted by A Modest Scribler at 3:45 AM

I sure the death penalty is an option where this happened. Public stoning sounds right for this piece of excrement. Get that judge off the bench and all others like him/her.

It's too bad this judge couldn't have felt every plunge of this rapist, every blow, every insult to her body, this judge is just as evil as this rapist.

I had the sad experience of falling in love with a very beautiful woman who was in her early forties when we met. When she was only 14, she went to visit her grandmother in San Fran, her first trip alone from the small country town she lived in. She was followed from the bus depot several blocks where she was kidnapped, held for two days in a hotel room and violently raped by several "men". She was such a psychological mess even after years of treatment. Several very short marriages to men who beat her, she suffered alcoholism and a self loathing like I have never seen. She hated men with a passion, I don't know why she loved me so much but she did. Her pain even after all those years was so apparent, I can't begin to describe it.

The damage is a life sentence for the women after these assholes are done and on to the next. I hate to say it but the asshole madrid's murdering Claudia may have been the most merciful thing that could have happened. His slow and very painful death would only seem to me a healing act for all injured parties. I know to this day I would love to have a couple hours with a shotgun and blow torch with each one of the rapists who injured the woman I loved so much. I forwarded you article to Mr Bill ORielly. He is a big champion of this cause and hates these judges as much as I do. We will see what he does with this one!

Ken, I'm so sorry to hear of your friend's life of tragedy. Far too many carry the scars of abuse for all of their lives.

After reading of this poor little girl's plight I was really down. Then, someone on my FB page posted this and I share it with you:

that was a beauty! Thanks, I think that this is more the norm, that's why those acts of ungodly horror stand out so starkly against all the good.

And what did her mother do after she was told about what her "boyfriend" was doing to her daughter?

Old Man; the reporting is still vague on that; there was a brief mention that her revealing this to her mom was most recent. I don't know if it was the same morning, or the night before…or if the mom had a chance to call the police and resolve it earlier and safely.

At any rate, she's paying a huge price these days.