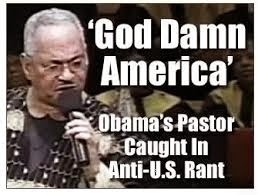 Five years ago American liberals anointed Barack Obama to sainthood.  They deemed him "the anointed one", incapable of making a mistake and so flush with brilliant ideas that no others could approach his  brilliance.   Before he even warmed up the seat in the Oval Office European Socialists gave Barack Hussein Obama the Nobel Peace Prize! Obama himself has deemed himself to be among the four best Presidents in our long history.  The Congressional Black Caucus agree with him and have started a conversation about putting Obama's image on Mt Rushmore!

I need not laundry list the mountainous pile of Obama's failures…tens of millions of suffering Americans can attest to that misery.

But it seems to me that American liberals have gone bonkers in their crusade to raise to Sainthood any prominent Black who emerges into the public arena.  It boggles the mind that, for a decade or so now, liberals have their heads plunged up the anuses of 12 percent of the nation's population and refuse to admit to the reality that the real world used to demand!

A couple of months ago America honored the 50th anniversary of Martin Luther King's "I have a dream" speech.  Literally thousands of articles were written on King, thousands more hours of television time was devoted to it…and yet not one media source mentioned that, on King's last night on earth, he had his mistress staying at the same motel.  You see, American liberals and all Blacks have elevated MLK to sainthood.  His rather heavy drinking habit and his mistresses have no place in the King mythology.  While Blacks and their liberal minions have no problem dragging the reputation of Thomas Jefferson or George Washington through the mud, they simply won't tolerate staining the image of King, a good man…but not a saint.

This same "saint-a-tizing" is true in the entertainment world as well.  Just in the past year Kanye West has elevated himself to "saint' status, saying he's the Black Jesus, that he's as courageous as our military troops and as esteemed as the best of our law enforcement who go out to protect us each and every day.

I could name for you hundreds of Blacks, all immensely flawed, most of them utterly selfish and self-centered, certainly arrogant, and all placed on pedestals, their flaws and sins overlooked and forgiven, and utterly elevated to Sainthood simply because they are Black.  It boggles the mind!

Morgan Freeman can spout the most hateful racist speech, Oprah can say Whites need to die, Obama can make Trayvon Martin his "son", Jessie Jackson can call New York "heimy-town", Reverend Wright can "God Damn America" and they are elevated to sainthood.

And now, America, Blacks want to be Santa too.  Doesn't matter that the old fella originated in lily-white Scandnavia….doesn't matter that his repute spread in all white Germany, or that he's been a White American icon for centuries…no, he's such a "good guy" that he must be Black…cause we know them white devils never sired a "good guy" in their lives!  I mean you can't be a white Santa and bring toys to Black children because whites are only devils, never saints!

Note to Blacks:  can't you just leave us honkeys one saint?  Hell you got the rest of the world cornered…cut us some slack, bro's!

If they want a black santa, resurrect little black sambo and the Sambos restaurant chain.

By the way, I read about Little Black Sambo in grade school in the 1950's and how smart he was to avoid being eaten by tigers.

To say black people were ignored back then is false.

We studied them as well, Ole Bob. To say we didn't is just another liberal attempt to lay still another guilt trip on us.