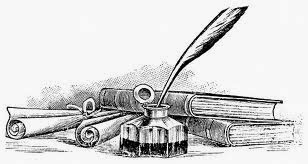 I am compelled to write to free my mind of worry over your various and specific efforts to circumvent our triumvirate of checks and balances proscribed by the grand and glorious Constitution of the United States.

To wit; in the five years you have held office you have taken it upon yourself to assume an "all knowing, all seeing, all right" position as the nation's chief executive.  My brother founders and I sit here in perpetuity, abhorring your efforts to unwind all that we worked to accomplish over the last quarter of the 18the century.

Ironically, while there were remarkable numbers of our citizens who wished to crown me King of these United States, and so quickly after we had shed the shackles of royal tyranny, you, some two centuries later, seem bound and determined to crown yourself "emperor" of a country that needs no Royal to lead her.  While I was offended by my own citizens wanton lust to anoint me King, and quickly reminded those that we fought a war for a Republic, and not a Kingdom, you seem more than willing to assume Kingly powers over those who absolutely reject the notion!

Most contemptible has been your appointment of dozens of "Czars", appointed to issue edicts and dictates that are totally opposed by both the Legislative and Judicial branches as well as the opposition of our freedom loving people.

Equally contemptible has been your selective citing of history to justify your Marxian and Socialistic political and social goals.  I can only remind you that, during my two terms, I guarded my behavior and my actions because I knew they might serve as "precedent" to some succeeding President who might exploit my name in justifying disgusting power grabs and for superficial political gains.

I was careful not to step into the rightful spheres of power specifically granted to the legislative and judicial branches by our revered Constitution.  And having invested a great deal of my life in the formation of this grand republic I demand that you cease and desist from attempts to dictate by force of threat in those areas of American life that belong to no one but the citizen!

Our dear Mr. Jefferson is crying out even now for the citizenry to rise against your tyranny!  He often buzzes our ears in heated protest over the ever creeping tentacles invading the personal life of our citizens.  You may wish to know T. Jefferson's worse day over here is when your party falsely claims him as your champion and each summer picnic and congregate in his name.  He abhors your party and all that it stands for!

Old Abe has been with us awhile as well….and is nearly as distraught by your borrowings of his quotes and using his deeds as false premises for your own goals.  Having steered our nation through a bloody Civil War, Mr. Lincoln is appalled by for efforts to divide this nation and brew a poison that may very well lead to a 2nd Civil War…and all for your own selfish political gain!

As for me, I am quite disgusted by your destructive ego and ambition, and your willful actions to destroy the Republic we fought for so long ago.  A pestilence on your ambitions!

Posted by A Modest Scribler at 2:36 AM

Thanks for the great morning letter. I hope you sent a copy to our unpresidential socialist in the White House.

Wow. That was awesome!