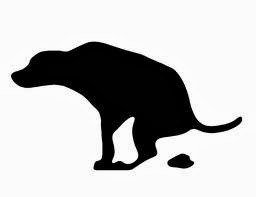 Good morning dear reader,
For those of my local readers, I really have to recommend The Arizona Republic's page A2.  Now I know that YOU know I can't stand the Arizona Republic newspaper because they are the local arm of the ultra liberal Gannett Corporation, whose sole purpose in life these days is to advocate for illegal amnesty.  However, I was offered a deep, deep discount for a partial week subscription and I find the coupons more than pay for the temporary 3-month subscription.

But I digress.  Page A2 of said paper devotes half a page to weird and quirky stories that have become an excellent source for some of my blogs.  The section itself is sedately titled "News of The World"  but don't let that fool you…they offer some interesting off the wall stuff!

For example, this past Wednesday brought news that the Prime Minister of Latvia has resigned because the roof of a shopping center in his country collapsed!  Folks, take a minute to consider that!  A politician taking the blame for something he had no control over!  Now, can you imagine our national bliss if politicians in this country were willing to take the fall for at least those things they do screw up? Barack Hussein Obama wouldn't have lasted through that first year of his Presidency as he squandered a cool trillion dollars in pork barrel stimulus, promised to achieve 6 percent unemployment and bring the economy back!  How much healthier would this country be if he had taken credit for that massive failure and snuck back to Chicago?  And even if he had managed to skate through the first disastrous four years wouldn't you think the guy would have resigned after the Obamacare fiasco?

I don't know about you guys but I'm doing some serious country research on Latvia!  May need to move where politicians take the blame, even when it's not their fault!

On that same day, News of the World reported that a condo association up in Massachusetts is taking some rather extreme measures against dog owners.  It seems that residents of that condo found themselves constantly skipping over dog doo on their way to the car or the mail box.  So, now any dog owner must subject their dog to a DNA test priced at $60 dollars a pop.  Upon move in, they swab the dog's mouth, send the specimen away for a DNA test and keep that data on file.  When management finds any delinquent dog poo, they send it for a match testing,  and having identified the culprit, fines the owner $150 plus another $50 for the follow up matching test.

Now, again, why the hell can't the first order of business on Presidential inauguration day be a mouth swab!  I can think of no less than a dozen stinky messes this President has made and then turns around and blames Bush, or Republicans, or the Tea Party!  Swab the dude!  Keep the DNA on file and make him clean up his own messes!

I love that A2!! Too bad, that, well no word seems adequate, in the white house doesn't have to comply just like dog shit in Mass!