Anyone know who this woman is?  Frankly, I don't either….but we shelled out $31,000 dollars so that she could have an official government portrait.  You see, every swinging dick and tit that works on Obama's staff is authorized to have a professional portrait done so that it can hang in the halls of Congress and afford taxpayers the thrill of seeing their portrait!  Never mind that you wouldn't recognize 99 percent of the folks up on that wall…it's what the government calls a "perk"…a little something above and beyond the $200,000 dollar annual salary.

Now, if you're wondering why I even brought this up, in light of the other massive government waste, please follow me for awhile.

Yesterday Senator Tom Coburn introduced a bill that would limit the taxpayer payout for official portraits for Czars and bureaucrats to $20,000 dollars a pop.  Well, first of all I'm wondering why pay for any of that nonsense?  And keep in mind that Coburn has been a cost-cutting hawk ever since he's been in office.  Each year he produces a "TOP 100' list of the year's biggest wasteful projects!  So why would he sanction even $20,000 dollars each for all those official portraits?

Well, it's because Senator Coburn knows the bill he introduced to curb costs doesn't stand a chance in hell of even making it to the Senate floor for debate.  These kind of minute "accounting rounding errors" are something not even bothered with in today's national capital!  And after all, every Congressman and Senator is given the same "perk".  Here's Congressman Charlie Rangel, he of the million dollar tax fraud, standing and grinning in front of his $31,000 dollar official portrait!

Folks, the reason I bring this all up is that yesterday the Republican Speaker of the House, John Boehner, castigated his fellow Tea Party Republicans for not going  along with still another two years of trillion dollar deficit spending.   The Speaker rightly says that these Tea Party folks earned the party some bad publicity during that partial government shutdown that harmed no one.   But let's look at the Ryan-Murray budget plan honestly; it promises to cut about $2 billion a year from a $3.7 trillion dollar annual budget!  (And by the way, that $2 billion in savings comes from denying retired military a measly 1% rise in their pension; it doesn't cut a dime from welfare.  And it doesn't stop the $12 billion dollar annual Child Tax Credit payouts to illegal aliens).

Well, I guess my question is "if Congress is not willing to even discuss millions in waste (never mind hundreds of thousands), if they are so important now, and so arrogant as to be above discussing government waste, how are we ever going to tackle that now $17.2 trillion dollar national debt, scheduled to reach $30 trillion by the year 2020?

So, who do we blame here?  Can we blame the Speaker for wanting to boost the party's image in the eye of the electorate by avoiding another government shutdown?  Do we blame the Tea Party for holding an eagle eye on every wasteful nickel spent by Congress?   Is the Tea Party America's future as the national debt chokes us to death….or is the Tea Party dead?

Several months ago a news item caught my eye.  Some crusading reporter had scanned the annual budget from the Office of Management and Budget (OMB).  They honed in on what each Congressman was spending just on coffee and donuts for their respective staffs.  It turns out that Speaker of the House John Boehner was spending a bit less than the rest of them…and his yearly spending on Duncan Donuts and Starbucks was $200,000 a year! 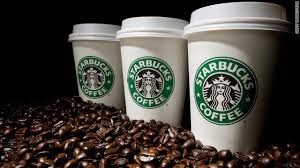 So, I guess what we can conclude from all this is that the only ones in Congress that really care about how our tax dollars are spent are the Tea Party folks…but, because they raise so much hell about it they piss a lot of people off!  And so they are bad politicians!  And so, the only question that remains to be answered is do we want orgasmic spending Democrats or big spending Republicans?   Because, apparently while the career politicians are scarfing donuts and washing it down with Starbucks, while getting their official portrait painted, America just has no taste for a "tea party".

Dam sad yes . Time to take two steps backwards . and one step forward . looking to the pass to see the future . The most powerful weapon on earth is the power to manipulate the mass to do your bidding . As we said in the 60s going under ground or dropping out is one answer to going paperless . The perpers have it almost right those that build and grow there own will be the ones in charge , so as I sit and watch the madness and plan where I will find the next pay dirt spot and you all are saving paper for what to see your money inflate . that's right 7-8$dollars for a gallon of milk or maybe you night need some $5 dollar bread ,With the Farm bill not being pass . maybe you just got lay-off from IBM or google after 19yrs , To the companies that DONT PRODUCE ANY real products other than paper they will fall . The new middle Class is now gearing up , as we learn new ways to survive without Big Brothers hand out to SLAVERER , I will watch then stand behind there LIES and try to tell us everything is under control. Last thing is when Illegal becomes LEGAL with a SS card , there will be no more free handouts . Too quote David Lee Roth, The more I stand the less I fall. Thanks Have a great productive weekend.

Thank you for reminding us all of the ugliness of our government. I wish we could just take them all down.