The Haughtiness Of The Unemployed 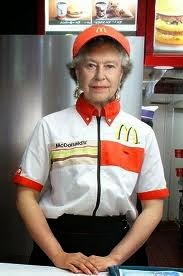 As of Saturday over one million Americans will stop getting a government unemployment handout.  Until Barack Hussein Obama assumed the Presidency unemployment benefits were meant to last for six  months, affording those who had lost their jobs the time to find another one.  However, because the Obama/Reid/Pelosi regime's trillion dollar pork stimulus program created only "make work" and temporary jobs our unemployment rates were horrible.  In the "throw more money at it' fashion that the liberals adore, legislation was passed to extend unemployment benefits to two years.  Of course the problem with this, human nature being what it is,  the "less willing" decided that an unemployment check, paired with food stamps and a readily available food bank, was far better than taking a job "beneath their dignity".

So what are these "terminally unemployed" to do?

When I retired from the Air Force in 1989 I was slotted to be "fat-catted" into a highly compensated GS-12 civilian position at the Presidio in San Francisco.  I would be working logistics war planning, a position I was well qualified for since I had performed those same duties while serving at Headquarters Pacific Air Forces…and would have been paid three times my Air Force salary.

Sadly, George Bush I instituted a federal hiring freeze and I was left jobless with few prospects on the horizon.  All of a sudden I went from managing million dollar budgets and a staff of fifty, to being unemployed.  I then went after state jobs, tested out at 110% (1OO percent on the qualification tests plus 10% veteran preference, and found myself aced out by "the good ole boy network" of buddies hiring their buddies.

So I took a job in hotel security, using my past military cops skills to get the job.  I worked at that for a couple of months then found a job as an Assistant Manager at a Waldenbooks bookstore.  My boss was a 25 year old who hated having a 40 year old working for him.   He tried his best not to train me but I outworked him and soon took his job.

Not long after that I got an offer for ever higher compensated jobs in Saudi Arabia and followed into jobs more in keeping with my extensive project management skills.

My point in all of this is this:  there is no job that is "below my dignity".  Honest work is honest work.  If you have to flip burgers, or sweep floors, or wash cars, or stock grocery shelves, do it to the best of your ability and someone will come along and see your true value and reward you for it.

While still an enlisted man in the Air Force my quest for an education was so strong that I had accumulated 210 semester hours of college credits through night courses and still had not earned a baccalaureate degree.  I was working for a Captain who respected my work and thought it tragic that I was not putting all of that formal education to work.  One day he came over to my desk and said "grab your cap and come with me".  We got in his car and he drove me down to the Registrar's office at Chaminade University where I was taking part time courses at night.  As we sat down with the Registrar my boss asked her what I needed to complete my degree.  She pored over my many transcripts and said "he has all the courses required but he must attend in residence for six months to get our degree."  We then went back to the base and into the base education office where my boss signed me up for a six month leave of absence from the Air Force to attend college full time.

While I was attending to those courses my boss was doing the military paperwork to get me into Officer's Training School with my shiny new college degree!

And that's how I got a college degree, an Air Force Officer's commission, higher pay, higher responsibility, higher job satisfaction….all because I worked hard, studied hard, and someone came along and recognized my value.

During my life I have worked the grapes, cotton and peach fields, worked in a box making plant, worked in an ice plant, painted fire hydrants, failed at plucking chickens, worked as a bar bouncer, mowed lawns, stocked grocery shelves, performed airport security at a major international airport and kept the whores off the premises of a hotel and managed a bookstore.  All of those jobs were my "non-professional" jobs…but all of them had value and bring as much dignity to them as you demand!

So the only advice to the million plus folks who lost their "green check" on Saturday is "get off your ass, take a job, any job, work hard even as you are looking for something better, and, for god's sake, have a sense of pride and get on with your life…there is no pride when you're sucking on the government tit!"  Someone will come along and give you the job of your dreams if you're willing to stand on your own two feet and work hard to earn it!
Posted by A Modest Scribler at 2:00 AM

I am sure it is more complicated than I understand, but, yeah, me too. Hard work never hurt anyone and six weeks unemployment should be enough. Being on the dole saps pride, integrity and personal responsibility. It hurts us all.

Well said. I worked for a company whose owner wouldn't hire unemployed people, his reasoning was if they don't have a job, Why? It sure kept out the lazy ones.

True, Jerry. We have a dearth of pride these days…or at least half of us do.

Craig, their are more employers like that than one might think….I've run into a few of them…they don't even like to see time blanks in your resume experience.

Sorry but how do you know what the unemployed can and cannot do physically? Like it or not, I don't really care, but I cannot stand up for long periods of time and I refuse to endanger my health just because others think I should be flipping burgers.

Craig: To even hint that all unemployed people are LAZY is bull! Total and utter bull! I have 30 years of experience and three college degrees and after sending out 200 resumes and filling out even more applications I got two calls for interviews in 8 months! TWO! I made six figures in my last corporate job and yes I would have worked at Walmart for 9 an hour if need be but no one was hiring and if they were they all just assumed that # 1 I was too old to adapt # 2 I wanted the highest pay when I just wanted to get paid fairly and # 3 I was just too "old" and wouldn't stay with the company for long. That's a heck of alot of assumptions. It all worked out for the best since I now work for myself and I am again making six figures on my own. But for 2 years no one would touch me with a ten foot pole. STOP with the "go work at McDonald's" garbage when you have no clue as to the reality of the limitations on someone's health. You want to risk your back and have to have a third surgery with no health insurance? Be my guest but I refused to do so.

Dear letters and numbers…I remember well facing age and "over qualified" discrimination ten years ago before I decided to retire.
But your sending out 200 resumes rings a bell too, and I know damn well just sending out resumes won't make it…you have to be far more aggressive these days if you want to get that job….

NOW…after saying all that..if I had wanted to, or had to, I could have found any number of jobs…in fact I turned down those jobs because, financially, I didn't HAVE to take them anymore. Yes, I did receive six months of unemployment (all of my built up entitlement) and then it was gone. Then, in the last five years the Dems decided to turn unemployment into still another welfare program, handing out checks forever, even after the unemployment benefits had been used! That's welfare!
Even you, mr./ms letters, know damn well you are lying when you say you couldn't get a job, any job…because those jobs are out there if you're willing to work.
As to your problem of not being able to stand for extended periods, there are tens of thousands of customer service jobs where folks sit on their ass all day.
NO! I no longer buy the "woe is me" shit that liberals spout out all day. If you were starving and there weren't so many damn free handouts you'd find a job and you'd work it! But the Obamanites always say just vote for me and the green checks will keep coming.
Uhhhh…that is until our Chinese bankers say $30 trillion dollars of national debt is too damn much.

Maybe your cheeriness shines through on your resume.