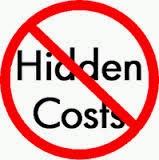 If the gotterdammerung Obamacare program ultimately dies on the vine I don't believe it will be because their enrollment software was faulty; I believe the American people are revolting because, for the first time, they can see the "down and dirty" true costs of paying your medical premium...as well as the premium of one of Obama's "free riders".  The tripling and quadrupling of your medical premiums is direct payment for Obama's bribery of 30 million tit-suckers last November, a bill run up to buy Barack Obama an election.

If it weren't so sad I would laugh at those "I am woman, hear me roar" types who supported that Ivy League graduate student who demanded that the taxpayer pay for her birth control pills.  Obama was able to demonize Republicans for opposing taxpayer support for birth control pills, condoms and "abortion on demand" when a little "Missy" failed to take her birth control pills, or regulate her love life, and needs the gouging tools and scalpel of an abortionist to rid her of an inconvenient pregnancy.

And so, even Independent female voters, drunk on the Obama Kool-Aid, castigated Republicans for their efforts to protect the taxpayer and keep your medical premiums at reasonable levels.

Well, Obama won...and many of those "sexual freedom women warriors" have just gotten the bill; and it's triple what they paid before...but hey, ya won a moral victory, right?  Ya showed them Repubs they can't dictate what you can do with your body (which was always a false assumption).  So now, like the liberal Obama pundit, Kirstin Powers, you are shocked when your premiums triple!  Well, missies, who the hell did you think was going to pay for those 30 million tit-suckers?

And so, this is the first time when Americans can truly see the real costs of supporting people who just refuse to work and pay their own freight.  And that's why Obamacare may fail; the working stiffs are finally getting "direct billing" to support the welfare queens and they don't like it one damn bit!

You see, we have become automatons who simply mail in our taxes every April, never seeing where the money goes, never knowing the massive fraud, waste and abuse in every big government program, and probably not wanting to know!  You see your kids graduate from a sub-peforming school and you just keep plowing thousands of dollars into those losing schools as your property taxes rise every year.  You pony up ten or twelve percent sales tax every time you buy something and never stop to ask what the city and state is doing with all this money!

Oh, but this Obamacare program is "direct billing" where you pay for your own healthcare, plus two or three others!  It's the program that just keeps on giving....giving you heartburn every time you see that gargantuan bill!  And it will go higher next year as we've learned young people are avoiding enrolling in Obamaare and opting to pay the very modest $85 dollar fine to opt out!

So, it is all up to you Mr. Independent Moderate who voted for this guy.  It is up to you "woman warrior"...are those free "morning after" pills worth paying three times what you paid last year for medical?  If you're happy, so be it.  You voted for it...you got it...and sadly you demonized the very folks that tried to save you!

How is your cousin doing? The one whose house burnt down in Oklahoma? I sent her a check for $50 to help for the Thanksgiving holidays, and just wanted to make sure she received it. Kssp on the great blogs.
Merry Christmas

What ever happened to common sense?? Those still in control of our capacities saw from the gate the obvious, if something costs more someone will need to pay more, DUH!

I truly love the, "I am woman hear me roar" comments, those have been favorites of mine since that stupid movement started. I have to say though, this is NOT just obama. I have never in my life seen such a unified front across this entire nation and allied countries overseas, our entire way of life has been overrun by a force that may be our final destruction. It was funded by people who made their millions from us and then financed a movement to destroy the very cash cow they milked to death. I would like to think this shit program of this shit president will be overturned but how do we overturn all the idiots still there waiting to do it again??

Good morning, Tony M. The last update I received was that Uncle and Aunt were staying with family after their house burned down. They have used donations to buy clothes and contribute to the joint family's grocery bills. My cousin Tammy has promised to acknowledge everyone's donation by the end of the month, either by letter or through this blog.

Thanks so much for your kind and generous donation…thanks to everyone of my readers who chose to help. Tammy said there were days of tears in gratitude as donations came in from all over the country. Her uncle said he was just bowled over by the generosity sand kindness of strangers.

I promise to keep you up to date on how Jerry and Betty are doing as they get on with their lives…haven't heard if they have the means, or plan to rebuild.