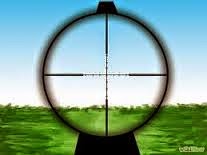 If anyone pays attention, there are always clear signals of how political events are unfolding.  Well, we got some pretty solid clues this past week about Obama's strategy for implementing illegal amnesty and we got the first insights on how the Anointed One plans to defend himself from those illegal actions.  And, finally, we got a pretty good look at how Americans feel about Obama these days.

First, the Obama mouth pieces announced this week that, unless Congress acts to amnesty 30 million illegals, he'll issue an Executive Order to do so sometime in late summer.    Less than 24 hours later Obama's defense team announced that they are expecting Congress to bring impeachment proceedings against this rogue President...and that they are indeed building a case for his defense.

Finally, on Friday CNN released a poll they conducted this week on whether Obama should be impeached now!  Though he won't be, I found that poll to be severely damaging to Obama.  Though over all, some 37 percent approved an Obama impeachment, when you dig into the numbers it looks even worse for him.  For example, a not so surprising 75% of Republicans want Obama impeached.  What was surprising was that some 45% of Independents also urged impeachment.  Of course only 15% or so of Democrats were in favor of Obama's impeachment.    When you consider Democrats are lemmings by nature, when you look at the 95% Black support for anyone who is Black, the overall numbers seem rather impressive.  The lemmings bring down the overall pro-impeachment voices severely so when 40% are in favor of Presidential impeachment, that't pretty damn impressive.

And it may be getting worse for Obama.  I must have read a dozen news stories this week that showed both Republicans and Democrats are staging protests across the country against the recent invasion of tens of thousands of illegals.  It seems Democrats don't mind Obama's little amnesty games until it begins to affect them directly.  These days Obama is doling out little armies of illegal Central and South Americans all across the country...often not even bothering to let state governors know that they're coming.

So, fearful of disease and the social burdens these illegals present to each community affected, Democrats are joining Republicans in say a loud "no" to illegals in their communities.

Don't be surprised if Obama's support deteriorates further.  I've already voiced my opinion on this.  As of right now I say impeach the bastard for consistently breaching the delicate balance between the three pillars of our Republic.  BUT!  If Obama does indeed take action to grant any form of amnesty to these 30 million illegal invaders then I say, forget impeachment; take the bastard out!  Yeah, assassinate the bastard.  I can't or won't do it myself but I'll be praying that someone climbs a tree on the 14th green of Washington National Golf Course and puts one powerful bullet through this Socialist bastard's brain.  Sorry if you think that's harsh but we're in a war for the soul of America and the last dying gasp of an effort to uphold the rule of law.

If Obama or his Justice Department show no respect for the rule of law, why should I?
Posted by A Modest Scribler at 2:00 AM

I completely agree! Here is a link to a map that shows where illegals are being dropped:https://www.numbersusa.com/news/not-my-backyard-feds-efforts-relocate-illegal-aliens-border

One huge problem with impeachment: The Senate under Reid wouldn't vote to remove Obama if they had him on video butchering a baby with a hacksaw. When the public reelected this guy, he became impervious to polls: His popularity is irrelevant since he doesn't have to face the voters ever again and he knows it. Those two conditions are the sword and armor that will allow him to do whatever he wishes. As for your alternate solution, that starts to make the US resemble the 3rd world caliphates and dictatorships that we routinely rail against - although the grief the US displayed after John Kennedy wouldn't be repeated, not even close.

Randy, I think we can afford to look like a 3rd world nation every sixty years or so.....and, if Obama succeeds in his quest we soon will be.

I think I've seen this movie a few times before. The 'Power' gets an obscure rube elected to the highest office and They instruct when, where, how, and when to do what. When They are finished using him, They will eliminate him, so an assignation by others is unnecessary. The 'chosen one' accepts his fate thinking that in death he will become a Martyr greater than MLK, Kennedy, or even Lincoln. In the meantime, he plays golf, vacations, and generally ignores the responsibilities of his office to the detriment of the country. Doesn't matter, only fulfilling his chosen destiny drives him. Sometime in the near future, the chosen one will grant amnesty to the invaders from the south. This is not the end of the plan, however. This action will ignite the USA in another civil war, which is what They desired all along. Their mistake is in believing the Black man will partner with the invaders. But, the Black man, while hating Whitey, tolerates him because that is where all the free stuff comes from. The Black man is angry at the invaders for jumping in front of them in line. If the invaders won't fight to save their own country, I doubt if they'll put up much of a fight to steal this country. Should be interesting; I'll enjoy picking off as many of those invading bastards as I can. "I shouted out, 'Who killed the Kennedys?''' "When after all, it was you and me." "Pleased to meet you, hope you guessed my name."

Jeff, you called it. This bastard is going to lead us into a 2nd Civil War...he's generated more divisiveness among the populace than anyone in our history.