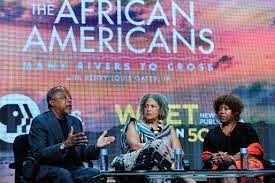 I was channel surfing Saturday afternoon, looking for something of redeemable value on the boob tube.  So I scanned through the three C-Span channels and the three Public Television channels and all I could find was programs about White men persecuting the hell out of Native Americans, Illegal Alien Invaders and the exhausting 150 year old Black slavery story.

Not finding anything better I zeroed in on a program so ridiculously stupid that it amused me greatly. It was about Black folks down in New Orleans.  The program ran two parallel themes; one was a Black man trying like hell to win a mayoral election against Mitch Landrieu.  The other story was about Black disdain with some radical new rules in order to occupy a spanking new public housing project.

The Mayoral story was blatantly racist...and all the racism was coming from Blacks.  On the heels of the massive Ray Nagin corruption, a young Black man was sailing against a strong and nasty wind; it seems every time a Black gets in charge of the city it just goes to hell.  So here's a young Black man trying to get elected and he opts to play that old race card to the max.  He goes into the Black churches and he begins conducting one of those old time country Black revival meetings.  He's shucking and he's jiving and he's literally climbing the walls of church vestments to show how high above political corruption he wants to get.  He tells the church goers that old devil Whitey is not the answer to their problems and they've just got to vote for him to reap the manna of government gravy.

Then, quite unusually, a small core of Black voters begin to emerge in support of White boy Mitch Landrieu.  Blame it on a failure of the school system, but somehow these Blacks are just gagging on Ray Nagin's massive corruption that they'll even vote for a White boy if he can make the trains run on time again!  Well, need I tell you how these Landrieu supporters were demonized?  "Uncle Toms!", cried the multitudes!  Well, that line of story ended before they announced who won the Mayor's race.  I had to google it and find that Whitey won and those 500 buses in the city yard are now gassed up and ready to be used if another Katrina comes along!  I don't know if New Orleans is any better off but the political points were certainly interesting!

The second story line was bizarre.  The government had built a revolutionary new public housing project.  If I recall the project was called Lifestyle Manor or something equally high "falutin".  This new housing project required that residents either be disabled or have a job to move in.  Residents could not have a crime record, nor could their children.  Maintenance rules were to be strictly followed or eviction would follow.  The government then announced this beautiful new housing, with attractive yards, community centers and activity clubs.  They then encouraged the residents of surrounding Black ghettos to move in to these sparkling new homes.  Well, a good number of the ghetto dwellers visited, and did drive-bys and thought the homes were very, very nice.

Then the prospective dwellers were read the rules for the new project.  Oh my lord!  You would have thought daddy government was asking them to give up an arm or a leg!  "How be you asking us to have a job?"  "How be you gittin in my binness and tellin me who ah can bring in my home "wid" me?"  "Little Terrell, he been busted by the fuzz three times cause he be hangin out in the hood and you be telling me he can't come lib with me?"  "Who be tellin me I has to mow da lawn and trim the bushes?"  "Ya'll go ahead and make dem rules but I ain't gonna leave my place and move in here!"  "I'd rather live in the dump I got than live here where you be tellin me how I gonna live my life!"

Again, the program ended without telling the fate of the new Lifestyle Manor housing project.  I googled it and could not find out if they relaxed the rules or if New Orleans Blacks got religion and told old Terrell to hit the road.   The program ended with a host of indignant Black women with behinds wider than a Buick cussing their way down the street.

Wonder how many Latinos,Asians and others moved in without complaining about the rules? The mayoral election proves that at least some of the black community is above the race card.

Being caucasion and having a relationship with NO that goes back to the 50's. I love Mardi Gras, the food and the bayou. NO is a distinct area of the world, being eccentric is normal, being below sea level has that affect. The blacks are displaying their racism openly only because our executive branch in DC is showing the way. The Jim Crow days are over and have been for decades, it was wrong. What is really wrong is the black racism directed toward others. You would think they would know better, our president has set the example. As you say "sad, damn sad"!

I honestly don't know what the answer to the perpetual underclass is. I know what it isn't: 1) More money and/or 2) Gubmint programs. Since Johnson's inauguration of"The Great Society", the taxpayers have spent hundreds of billions of dollars in an effort to lift out of the poverty mindset blacks that have proven remarkably resistant to "hope and change". Spending more money is nothing more than a waste. Programs administered by politicians that derive support from the very people they funnel money to are equally pointless, since no one believes if the carrot approach fails (and it has) these same parasitic prostitutes (aka: politicians) will employ the stick when they want the votes of these loyal Americans... So what do we do? The Charley Rangels, the Maxine Waters (etc.), all of these creatures are merely a reflection of the lack of success this nation has achieved in helping blacks help themselves. What they have learned, instead, is how to manipulate the system so as to avoid shouldering responsibility. And THAT is the lesson of NO and black politics in general.

Good question, Craig...I'm sure someone is around that appreciates a new house and can take pride in keeping it up.

Anon, I didn't in any way mean to infer that Black racism exists only in New Orleans. Hell, it's a nationwide plague, driven by LBJ'S massive War on Poverty give away program.

NO just happened to be in my cross hairs this week after watching that silly Public Television program.

Randy, I think we all know what the answer to the permanent underclass is; it's when we cease to spoil Blacks, when we cease buying them off for political votes, when we stand up and say "enough!"...to an immoral lifestyle sanctioned and rewarded by this society.

And it can't be Whites that make the first move; it must be those millions of fine, otherwise upstanding working and middle class Blacks who finally rise up and voice their shame at the dregs of their race. When no one gives these losers an excuse for failure.

NO is full of too much ignorance and not enough education about what is really going on in this day and age. However, they have great landmarks and apparently a great Mardi Gras. I'd say drive-by, but don't stay too long.