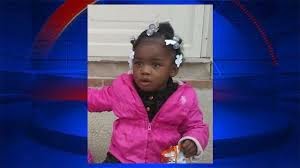 For those of you good people who occupied yourselves with parades and fireworks and picnics, here's a little recap of what the American minority underbelly, those cretins who failed to absorb even a smidgen of American goodness, those thugs who could have been Obama's son, were up to.

In a Detroit suburb a Black thug, one who could have been one of Obama's sons, walked up to a little two year old girl playing with her teddy bear, and shot her dead, point blank.

In San Jose, California, two Mexican thugs broke into an elderly couple's home and raped the 84 year old wife while holding the elderly husband and making him watch.

In San Bernadino, California, two Black thugs assaulted a 78 year old Marine vet and stole his wallet at a Shell Station.  While one held a gun on the vet, the other pounded on him unmercifully because...well, just because.  It wasn't enough just to take his wallet, he had to pay for the crime of being White.

On Bourbon Street in New Orleans at least two thugs opened fire on a crowd of tourists, wounding ten, two critically.  One of the victims died, the other remains critical.

In New Jersey a 19 year old Black female thug jumped the counter at McDonald's where she was flipping burgers and severely beat a woman while the woman's two year old and fast food diners looked on and did nothing.  The only one that came to the victim's defense was her two year old who pounded on the attacker's legs, shouting "stop hitting my mama!"

In Phoenix, Arizona two thugs threw three puppies and the mother dog from a moving auto, over a fence into a dog park.  Dog park patrons picked up the puppies but left the mother dog alone and in agony.  The only compassion shown the mother dog was a homeless man who sat with her, tried to comfort her because he knows what it's like to be abandoned.

That's just a few of the headlines you might have missed while celebrating what once was a great nation.

Happy Birthday America.  Sadly, not everyone was interested in celebrating your birthday.

Fundamental change for the worse, we were warned but the normalcy bias got in the way. Most citizens(subjects) have no clue of what is happening and are not prepared for what is about to happen to our Republic.

You're right anon..most of our problems are attributable to most "subjects" not having a clue.

And that folks is why I carry!

You missed the 14 killed in Chicago, but that might be the good news!

Yep, 14 killed, 39 wounded. Gun control, baby! (except for those whom laws mean nothing).